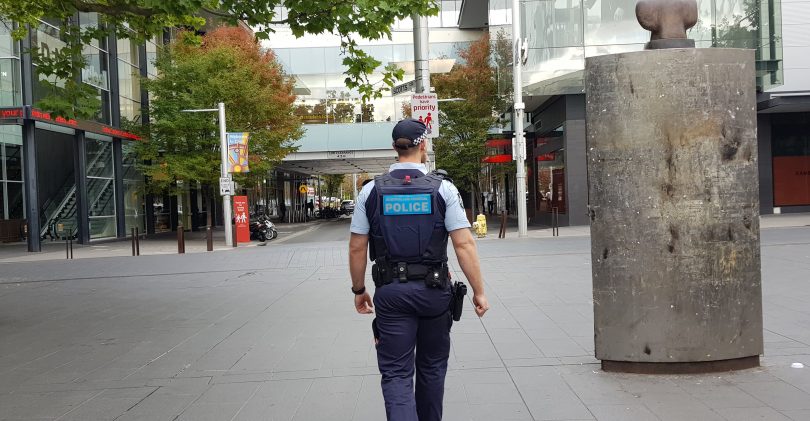 ACT Policing have expressed concerns about how the proposed drug decriminalisation bill would be enforced by officers. Photo: Region Media.

ACT Policing has expressed concerns about drug trafficking becoming an unintended consequence of the drug decriminalisation bill before the Legislative Assembly.

While ACT Policing said it supports harm minimisation and supports avoiding criminal convictions in principle, its submission to the inquiry said the proposed legislation in its current form needed clarity and raised operational issues that need to be considered.

The new bill created ambiguity with Commonwealth laws and inconsistencies with the definition of “personal possession amounts” for different drugs and “would have the inadvertent effect of enabling trafficking”, ACT Policing said.

It referred to a case after cannabis was decriminalised where one man was caught selling cannabis to children at a playground but could not be charged the first time police stopped him because he had under 50 grams, the personal use amount. He denied selling the drug but the man was later arrested and charged with trafficking cannabis to three children, including one as young as 12.

“Such research could confirm the ‘average dosage/usage amount’ for each substance and ensure that the specified amount is therefore achieving a harm minimisation approach, rather than potentially enabling drug trafficking and supply,” the submission said.

“ACT Policing remains highly concerned that the threshold limits for both heroin and methamphetamine (ice) are far above the regular personal use limits (2 grams) and should be revised down appropriately.

The submission said that diversion programs put in place by police are currently working well, with 192 referrals to the Drug Diversion Program in 2019-20. Around 90 per cent completed the program, but the rate could be higher as there were no known outcomes in five cases.

More than 5500 people could have been diverted away from the criminal justice system over the last five years had the bill been in place, but these people would need appropriate services that were well resourced, easily accessible and available to drug users.

Police remain concerned that there is no ‘trigger’ in the current bill to ensure people who avoid the criminal justice system engage with diversion programs or support services.

“Such referrals to diversionary programs occur as a result of ACT Policing’s internal policies.”

Another concern raised by ACT Policing included how the weight and purity of the drugs would be tested. The submission sought clarity on whether each substance would be tested on mixed or pure weight and noted that police do not currently have the equipment to test substances on the street.

This would require additional resources, certifications and equipment to police, the submission said.

ACT Policing said the bill should have a staged implementation, with the first stage including drugs like cannabis and MDMA (or ecstasy) that police can easily identify and develop a reasonable suspicion about what the substance is.

These drugs are also currently able to be tested roadside, meaning the Canberrans would be less likely to drive under the influence of these substances, the submission said.

“Additionally, the government’s intent of establishing a pill testing facility in the Canberra City Centre gives further assurance of a comprehensive harm minimisation approach with particular regard to MDMA and ecstasy,” it said.

“Police also see first-hand the connections between substances such as methylamphetamine (ice) with the cycles of crime, including violent and organised crime.

“ACT Policing is of the view that decriminalising these harder drugs requires a staged approach to ensure that the needs of each specific demographic of drug user are responded to appropriately within the ACT.”

Mr Pettersson welcomed ACT Policing’s submission, saying it made some excellent points about how the bill can be improved.

“That is a good thing. That is the point of this [consultation] process,” he said.

Submissions for the inquiry closed last week, but the survey asking for community feedback about key drug reform issues is open until this Friday (18 June).

consult with sensible drug users in the community. And i don’t necessarily mean the staff at CAHMA or ATODA. One or two of the staff there i would consider sensible. But also consult with members of the community who have no criminal records have good jobs families etc and get their advice on what amounts of what drugs are suitable amounts to not be criminal. Then if needed if a court matter arises due to the amount being criminal under legislation deal with it in court with the facts as to why the person had a criminal amount. FACT IS POLICE WANT TO BE ABLE TO CHARGE EVERYONE AND THE COURTS NEED OFFENDERS AND THE JAIL NEEDS INMATES OR THE ECONOMY IS IN THE DUNNY

I think that response by Errol Flynn to him/herself is a good indication of why there is no such thing as ‘sensible drug users’ (implications here is that ‘drug’ refers to recreational drugs).

Further explanation needed.
Because I believe in decriminalisation for users and addicts.

But hard prison sentences for dealers.

Well I guess if there won’t be any concern of this leniency, and there will be no unwanted effects, we should see the same applied to speeding limits, and a whole host of other laws.

I be wonderin’ what the Feds will make of it.

Current policy hasn’t stopped or even abated the illegal drug business. Time to try something else.

If it works for Portugal

Why listen to those who have to clean up the mess? 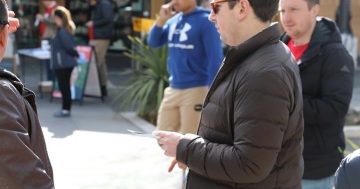