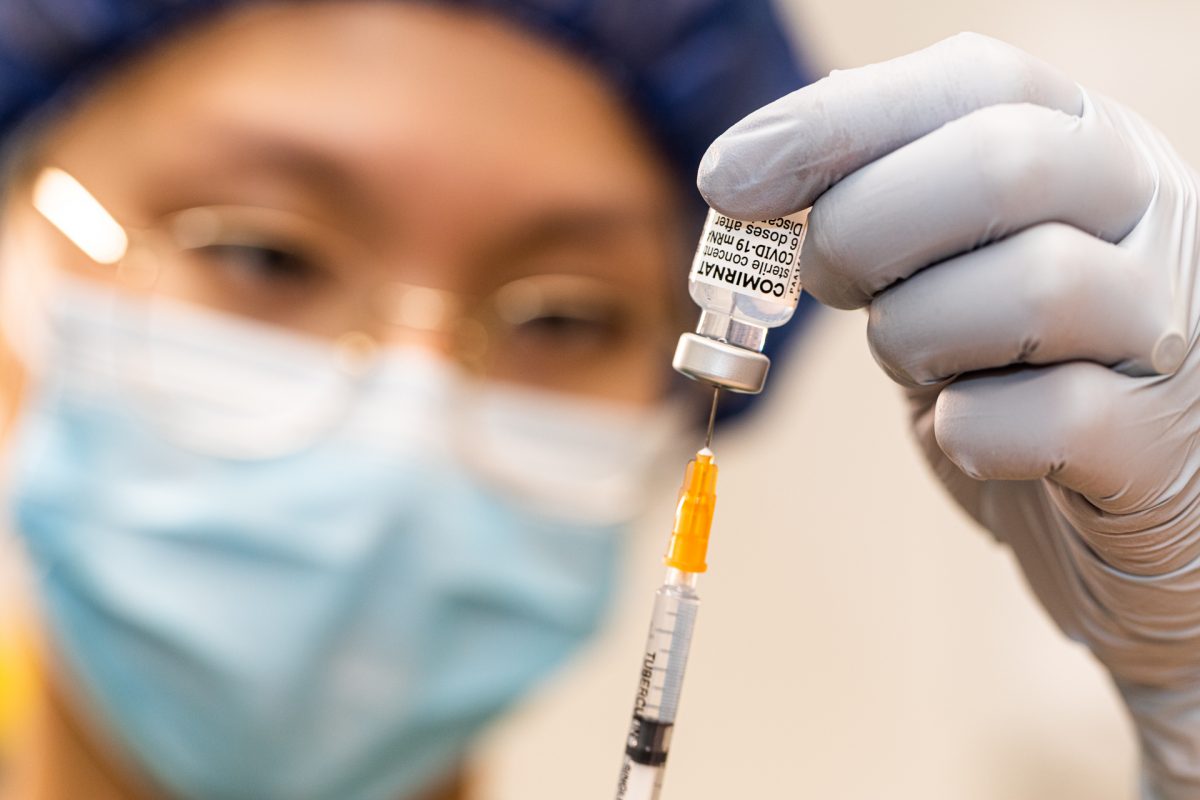 The Federal Government is encouraging vaccination to help keep people out of hospitals. Photo: Michelle Kroll.

The Territory has recorded 1367 (767 PCR and 600 RAT) new COVID-19 infections in the 24 hours to 8 pm last night as the Federal Government defends its pandemic ‘confusing’ messaging.

Federal Health Minister Mark Butler yesterday (13 July) warned there would be millions of people infected by COVID-19 in the coming weeks. He urged people to get their next vaccination if they are eligible.

Mr Butler said the real case numbers were likely much higher than what was being reported officially and reiterated comments from Chief Health Officers around the country, including the ACT’s Dr Kerryn Coleman, that mask-wearing indoors was recommended but not mandatory.

He has shied away from mandates, arguing people get to a point where they don’t like being told what to do.

But he said the focus was now on reducing serious illness and hospitalisations, which was why the government had rolled out their winter booster campaign.

The government has also increased access to oral antiviral medications, Paxlovid and Lagevrio, in an attempt to keep people out of hospitals.

READ ALSO When it comes to COVID, it’s now every person for themselves

He made the plea following the government’s decisions not to extend the free rapid antigen test scheme for concession card holders or extend pandemic leave payments to help COVID-19-positive workers isolate. The government has also scaled back telehealth consultations.

ACT Pharmacy Guild President Simon Blacker said yesterday he was confused by the Federal Government’s timing given the expected increase in cases and hospitalisations driven by the BA.4 and BA.5 subvariants.

READ ALSO Meth has resurgence post-lockdown across the country, with more drugs consumed in Canberra

In a slight decline from yesterday’s record high, there are now 137 patients in Canberra Hospital with the virus. Of these, five are in ICU and three require ventilation.

There are now 2001 people in hospital with the virus and 56 people in ICUs around the state.

There are now 771 people hospitalised with the virus and 34 patients are in the state’s intensive care units.

I remain unvaxxed because it clearly doesn’t work and most vaccinated people are terrified of unvaxxed people so there’s that.!