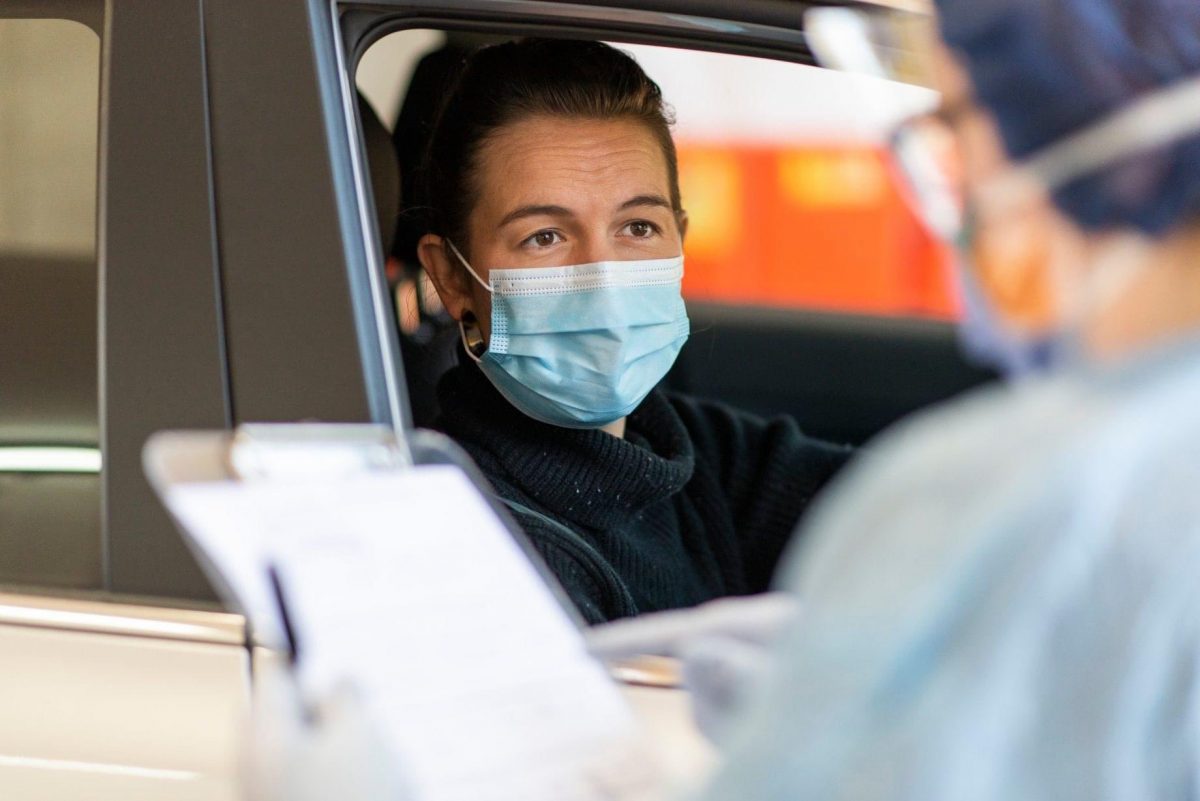 ACT Health says the ease of PCR testing and Canberrans’ diligence with reporting rapid antigen test results could be reasons why the ACT has higher rates of the virus per capita than other jurisdictions. Photo: ACT Health.

The Territory has recorded 719 new COVID-19 infections in the 24 hours to 8 pm yesterday and there are now 152 people in Canberra’s hospitals with the virus. Sadly, two men in their 80s have died with the virus.

Of these, 1 is in intensive care and no one requires ventilation.

Yesterday, the ACT reported 1007 infections and there were 147 COVID-patients in hospital.

There are now 5444 active infections and since the pandemic began, 190,302 cases of COVID-19 have been locally recorded.

The directorate’s latest epidemiological report – which covers the week ending Sunday, 24 July – shows that both COVID-19 cases and influenza infections are continuing to decline.

Total cases for Week 29 were previously reported as 7995, which has decreased following data cleaning, including the removal of duplicates.

As has been the subject of much debate over the past week, this decline could be because the current wave has peaked earlier and at a lower level than previously anticipated or a change in behaviours across the community and reduced transmission during school holidays.

But it’s also been reported that despite declining caseloads, the Territory continues to have higher rates of infections when compared on a per capita basis to other jurisdictions.

The health directorate says this could be due to easy access to government testing clinics and the ongoing diligence of Canberrans reporting their positive RATs.

The ACT has the highest PCR testing rate in Australia. In other jurisdictions, including Victoria, PCR testing is only encouraged for vulnerable or at-risk individuals.

Of the new almost 7000 new cases recorded this week, five per cent were reported by individuals who had more than one episode of COVID-19 reported to ACT Health.

This percentage has increased over the past few weeks and has long been expected as immunity from a COVID-19 infection and vaccination wanes.

PCR numbers have decreased this reporting period to 18,024 down from 19,434 tests in the previous week. Based on PCR tests only, the test positivity 7-day rolling mean has decreased slightly to 24 per cent from 27 per cent.

There were a total of 11 COVID-19 outbreaks in ACT Residential Aged Care Facilities and a total of 82 new cases in residents in these facilities. Five disability support providers were affected by COVID-19 exposures.

There were no intstitutional influenza outbreaks in the week.

Victoria has reported 61 deaths overnight and 8,937 new cases of COVID-19.

I went to an auction this morning – about 40 people there – only one wearing a mask – me.

There are a lot of thrill seekers in Canberra.

Are you better off getting covid and having your body fight it ten times before you turn 70, or isolating yourself and getting it for the first time when you’re 80 and living in a nursing home?

@yosh
Spoken like a true thrill seeker.
Like, CR, I choose to wear a mask in public settings because, despite the fact I am quadruple vaxxed, I would prefer to minimise the risk of contracting COVID.
That’s my choice and it’s not up to the likes of you to question it.

That’s pretty rich. When others preferred not to take a Covid vaccination, not only did people like yourself question them, you also wanted them fired from their jobs, prevented from traveling, and made into second class citizens.

So much for respecting other peoples decisions.

Good luck spending the rest of your life dodging Covid.

@CaptainSpiff
Get a grip, sunshine.
I have never said people are not entitled to make their own decisions – I have said that they have to take responsibility for, and accept the consequences of those decisions. I still hold that opinion.

President Trump also said something along the lines of their high Covid cases were due to their high testing – slow down the testing!

or perhaps the higher per-capita case rates is a clear indication that we are just that, much worse than other states, instead of trying to sugar coat it