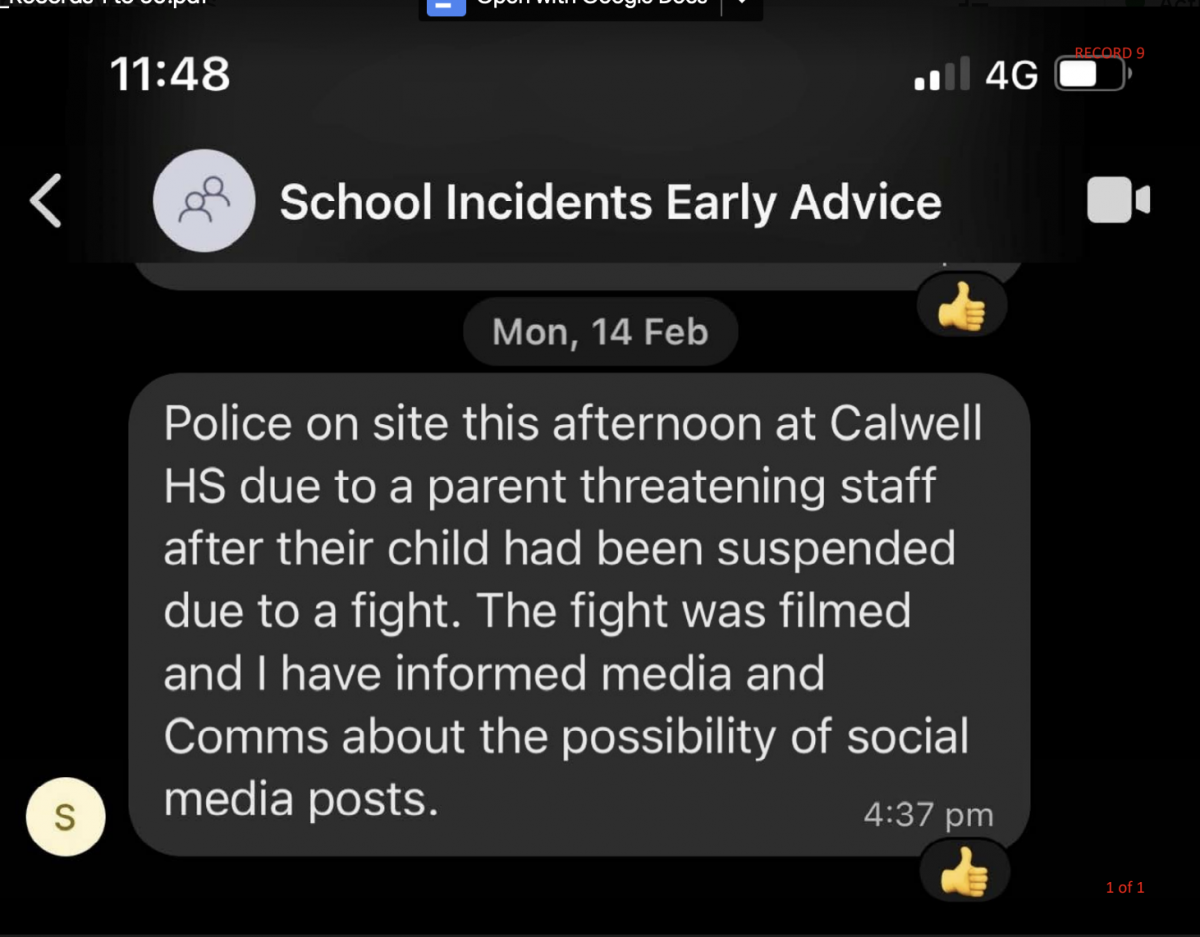 New documents released under Freedom of Information show the extent of the violence at Calwell High School. Photo: Screenshot.

The violence at Calwell High School was so frequent and extensive that the school was partially or fully locked down 10 times in one term before the workplace safety regulator barred students from campus earlier this year.

New documents released to the Canberra Liberals under freedom of information show that on one occasion students threw bricks, abused, threatened and swore at staff. On the same day, a student pulled a Stanley knife out of their bag and threatened another student with it.

Later that month, a student tried to steal a watch and then assaulted a peer.

In another incident, after being caught vaping in the bathroom, a student kicked a glass door so hard that it shattered. That same student also became abusive and was swearing. 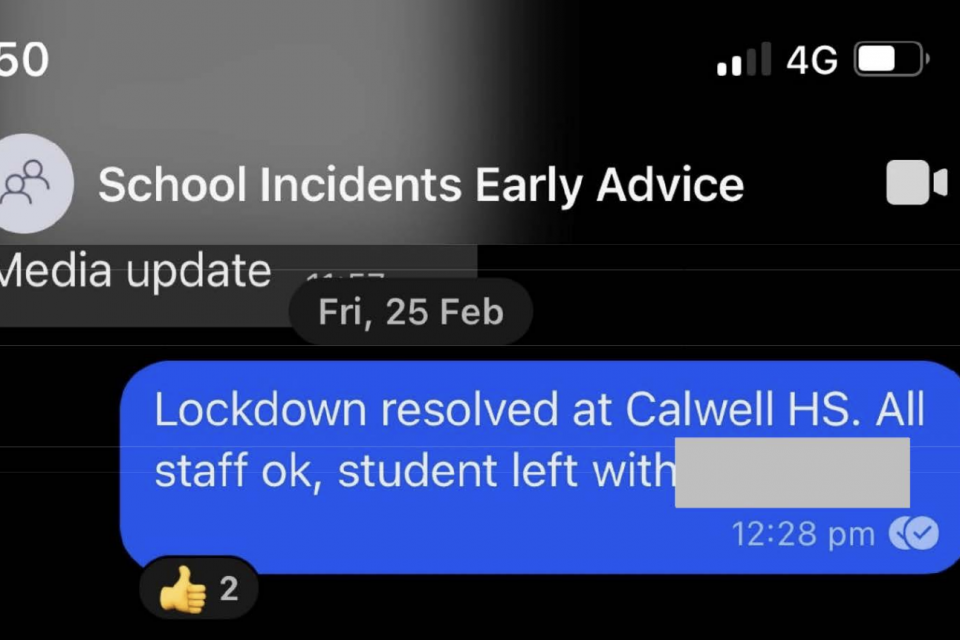 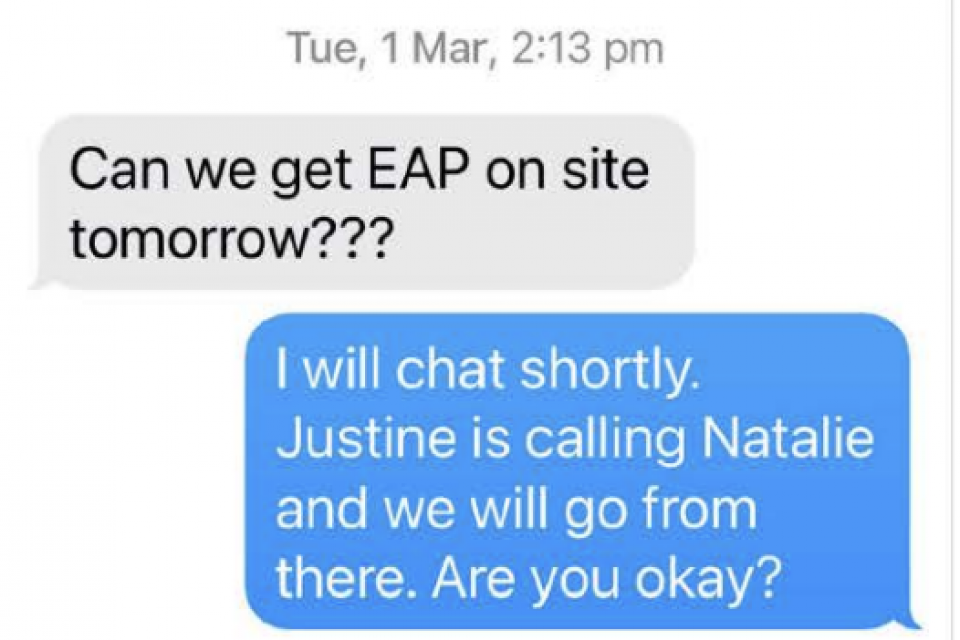 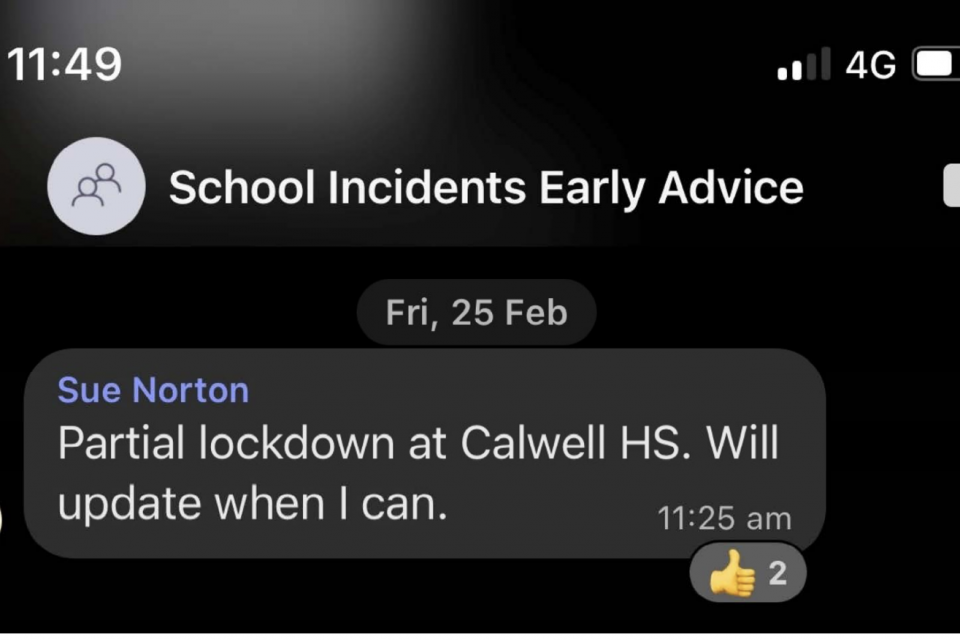 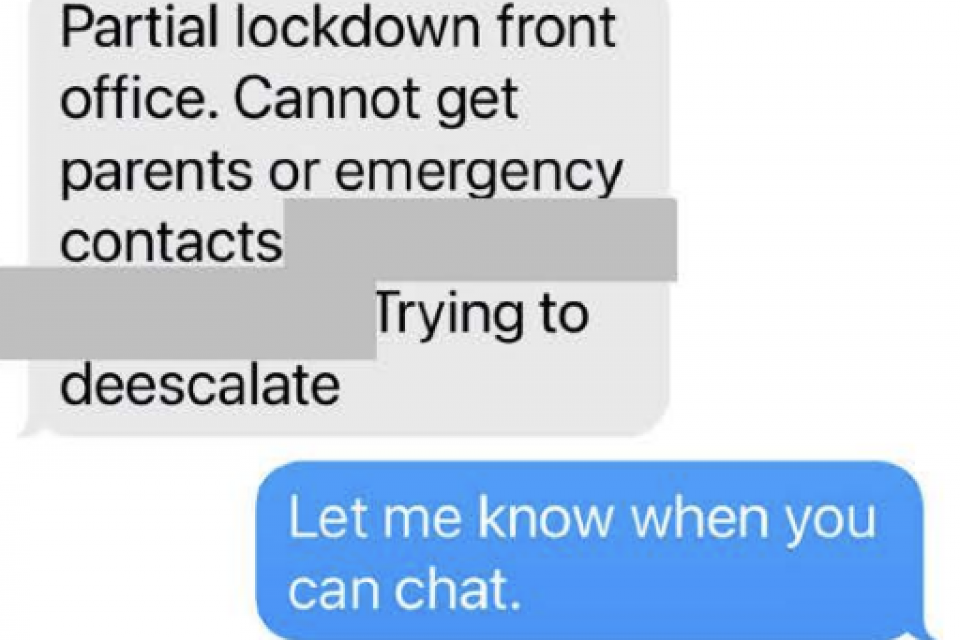 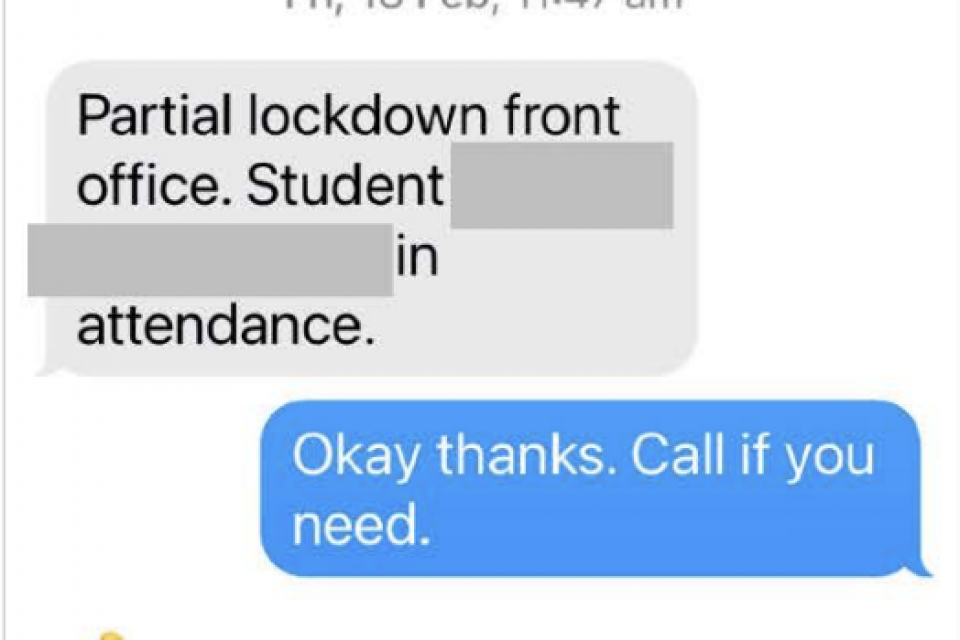 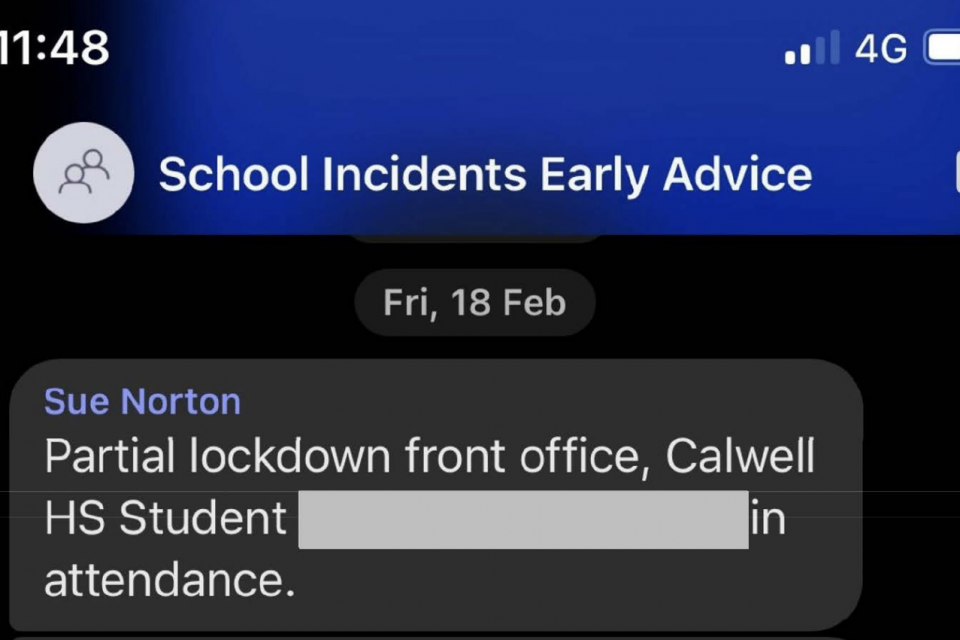 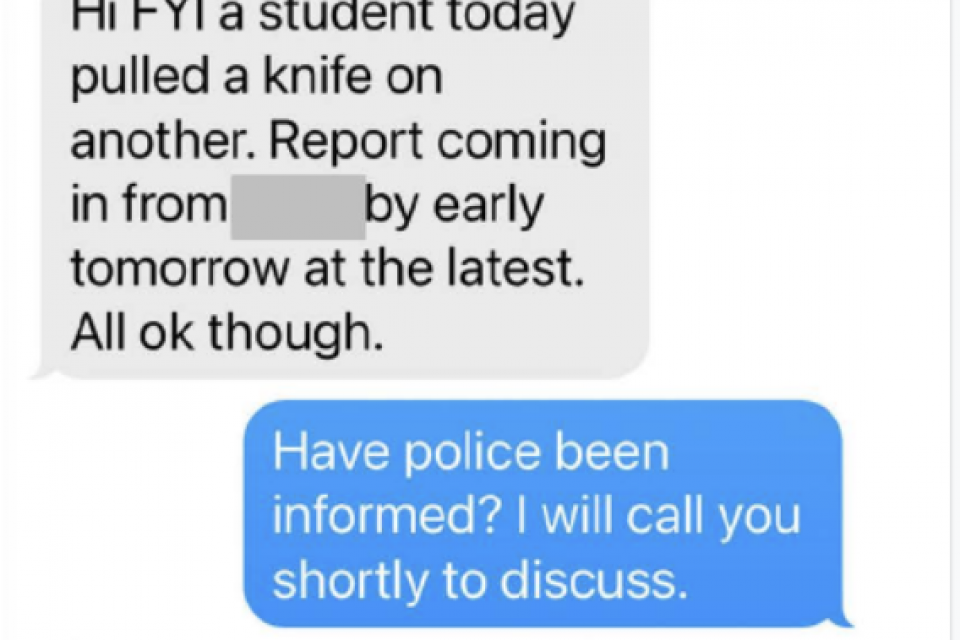 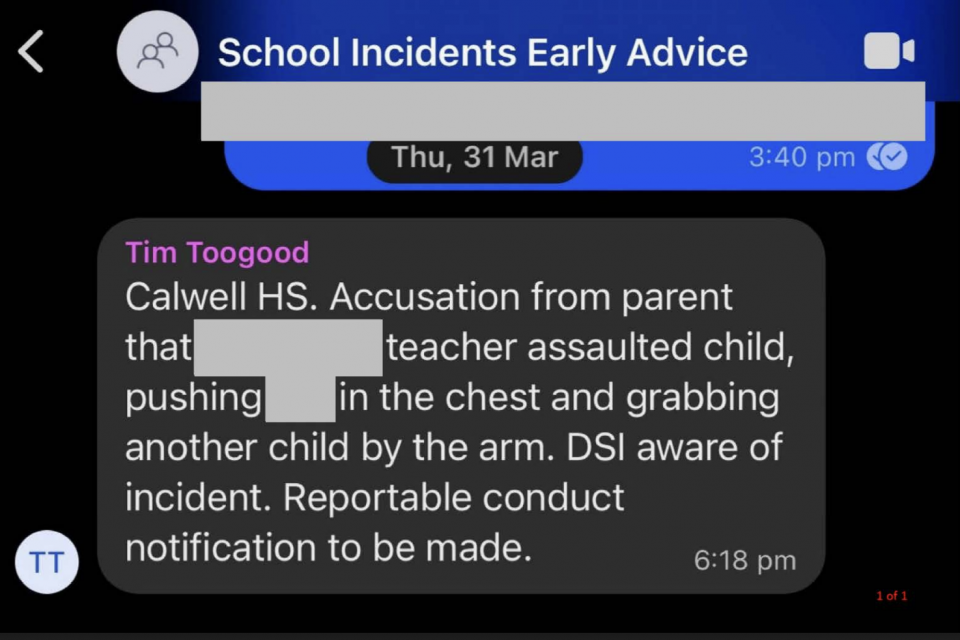 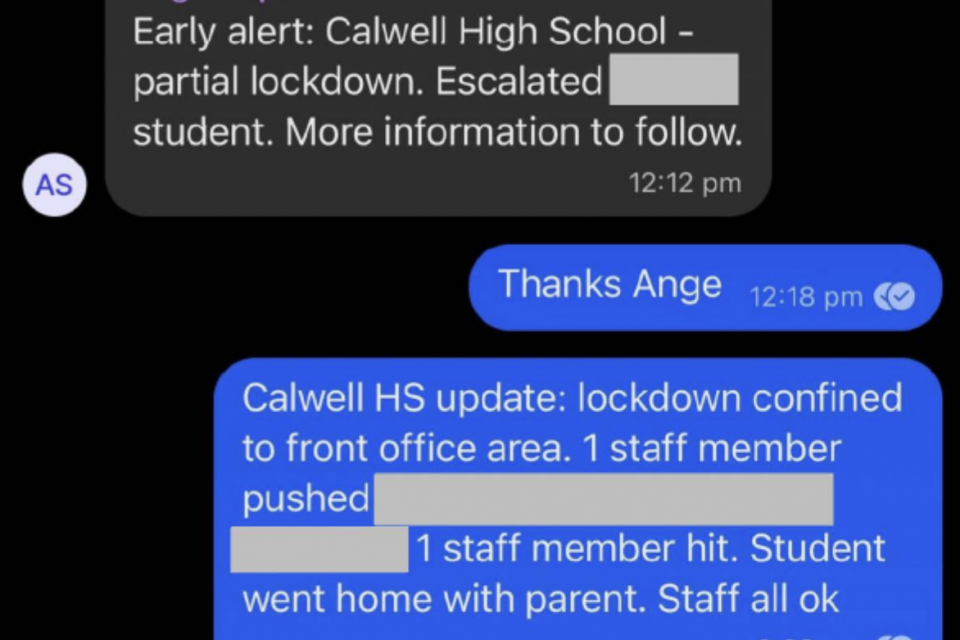 Only a few days later, police were called to assist after the parent who was called in to pick up a student following multiple fights. That parent later became verbally abusive and threatening towards staff members.

Principal Megan Altenburg and school leaders also attempted to engage external support in order to manage behavioural issues at the school, but emails between them and the Education Directorate show there were concerns about this.

This was later described as an “emergency reboot plan”.

Text messages show Ms Altenburg requested “something for staff to debrief with if possible” and for employment assistance to be on site.

The school principal later described dealing with parents as “getting into the hysterical”.

Then, on Thursday, 24 March, a mob of 30 to 40 students became involved in a frenzy following an initial physical altercation in one class. They were swearing, kicking doors in and ignoring teachers. The school was then put into full lockdown and police had to be called.

Staff members attempted to stop the students verbally and others became involved physically. Following this, one teacher became the focus of the frenzy and was injured.

Minister for Education Yvette Berry was briefed on this incident the following day. Education Directorate director-general Katy Haire was then sent a brief two days later, although she expressed concern about the time it took for her to be notified.

“I agree that this is a very disturbing incident and that we both needed to know about it a lot sooner, and I endorse your proposal to review processes tomorrow,” Ms Haire wrote.

She said in future, she would expect a phone call on the day it occurred. 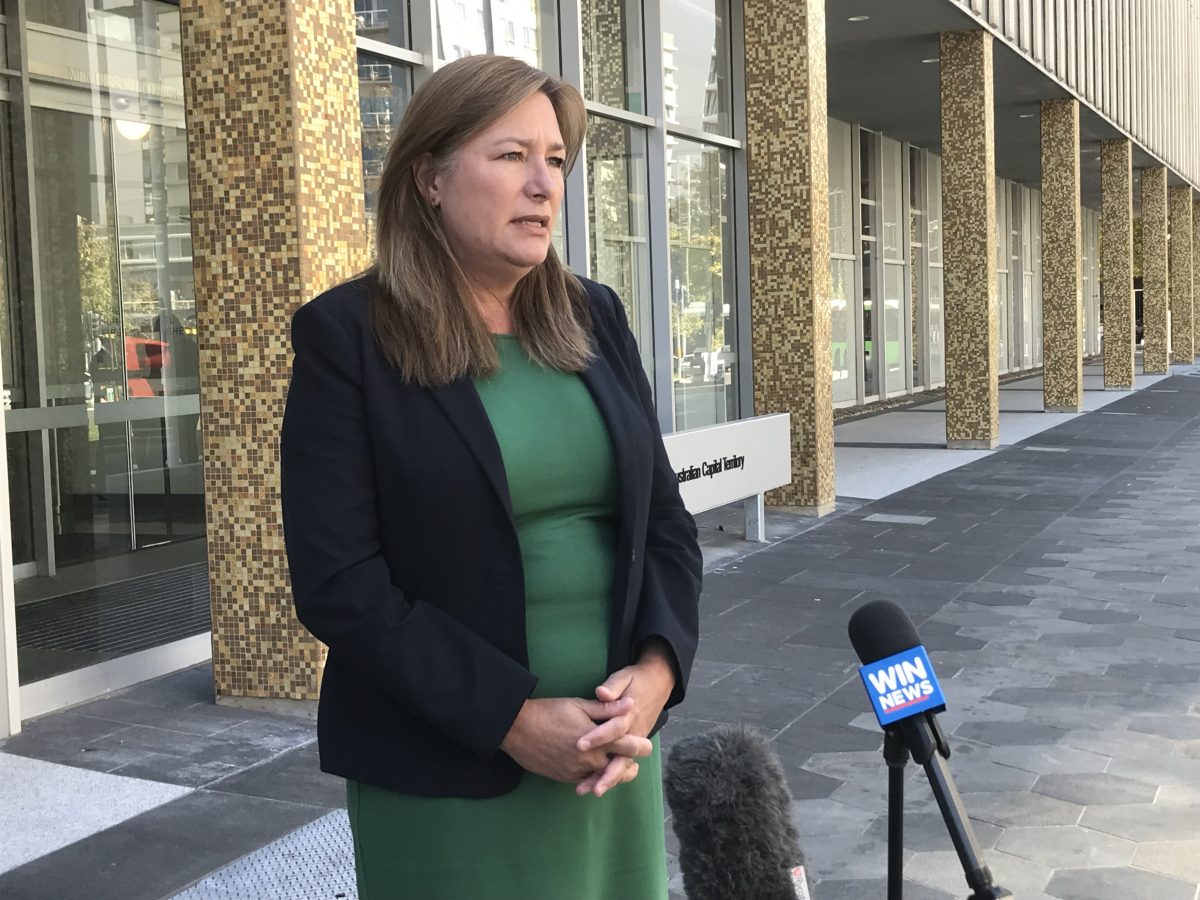 Another senior bureaucrat raised a concern of ‘de-sensitivity’ to such incidents, while another directorate official questioned whether the school could be shut down following this incident.

Plans were put in place to allow the school to “refocus”. But in the days following, WorkSafe ACT attended the school at the request of the teachers union which had raised concerns about low staffing levels.

An email dated 31 March showed Calwell High School had a “significantly lower trend” of staff absences than other schools.

Students were barred from campus from 4 April until 16 May after a prohibition notice was eventually lifted.

At the time, parents were told the remote learning period was due to COVID-19. They were not initially told of the violence issues identified by WorkSafe ACT. 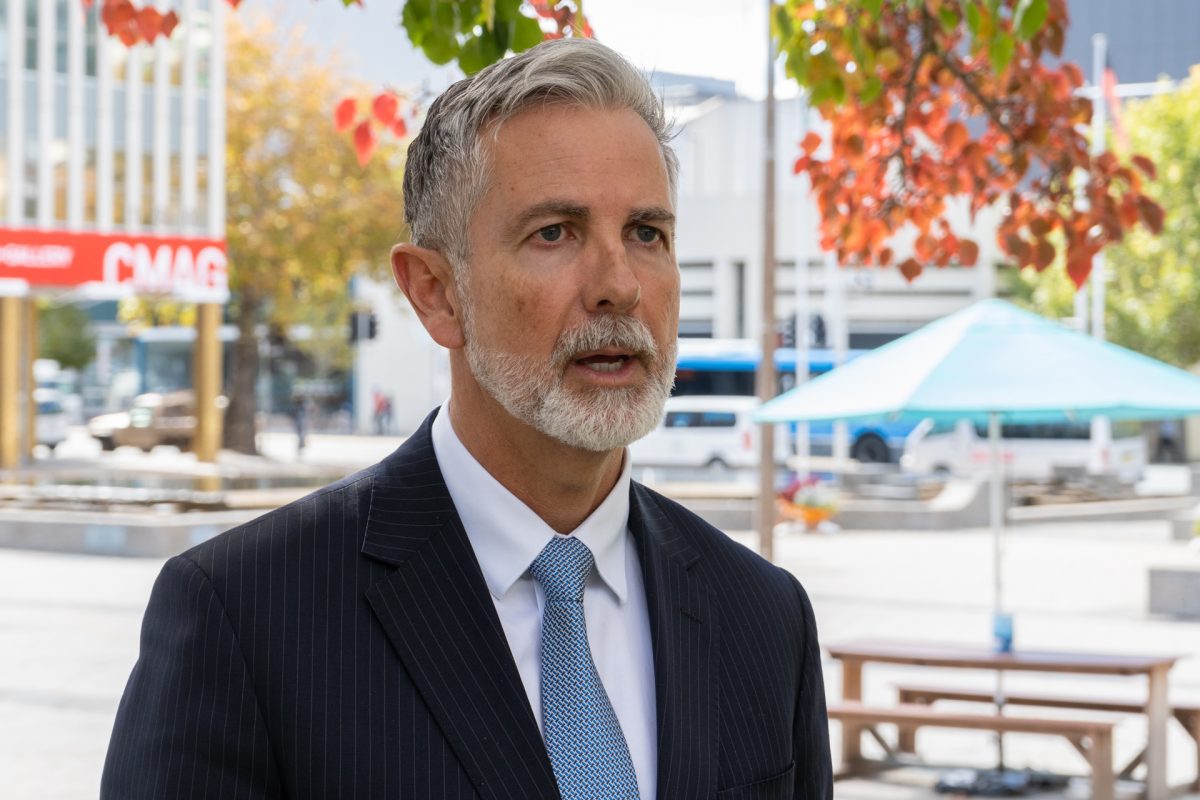 Opposition spokesperson for education Jeremy Hanson said the freedom of information documents demonstrated the extent of the issues over a long period of time at Calwell High School.

“The fact that this was not addressed sooner demonstrates an abject failure by the minister and the directorate to address and prevent violent incidents when they had ample warning to do so,” Mr Hanson said.

Mr Hanson said the opposition had already called for a review into school management and bullying and violence last year, but the ACT Government had rejected that.

READ ALSO Opposition and Government at loggerheads over public housing spend; Berry says ‘do your homework’

Following those revelations, a special purpose review of the school was announced in late May.

That review – which was published yesterday – noted the school was dealing with high staff turnover and low levels of experience, which the panel concluded had led to a loss of strategic focus.

This had also occurred due to a focus on wellbeing issues rather than teaching and learning.

It also found that the high frequency of low-level negative student behaviour in class and during unstructured times was impacting teaching and learning.

However, the review identified that a majority of staff, students and parents interviewed said they felt safe at the school. They said the public image of the school did not match their experience.

The parent threatened teachers because their kid got suspended for beiing in a fight.

Maybe if the parent disciplined the child and not the people trying to teach the child there would be less problems like this.

There’s been ongoing issues in Tuggeranong schools bubbling away for well over a decade. The government chose to keep sweeping things under the carpet or to claim locking a Tuggeranong child in a cage was just a one off.

The minister needs to start properly resourcing struggling schools and providing extra help for teachers in the schools that have a tough job educating disadvantaged kids.

Having taught High School for 25 years I can safely say that recidivist offending students see suspensions as holidays legitimising most of the days they were going to take off anyway. Discipline in modern high schools is a toothless tiger. More often than not, as was the case with Calwell, the situation escalates drawing in fringe potential offenders and parents. In the worst case the Police are called in to quell the riot. Time to ‘cut out the middle man’ and call in the Police at any incident where a student or teacher is assaulted. Have the student formally charged. “Oh no, they’re just kids!” I hear. If they did the same thing out on the streets they would be charged. But for some crazy reason schools are treated as some sort of sanctuary for repeat offenders when in fact they should be sanctuaries for non-offenders. All we hear about is .saving that kid’. What about the kids he/she intimidated that live in fear and end up dreading attending school? Who is ‘saving’ them? Not to mention that it’s already hard enough to recruit new teachers and retain current staff. Time for authorities to bite the bullet and deal effectively with the few to save the many.

I fail to see how this article is in the public interest. Like honestly! Ammunition for the opposition!!

Sorry this isn’t your cup of ABC bias?

What a dumb comment! The opposition jumps at any chance to trash the public education system in the ACT. You wouldn’t believe what they have planned for public education under Elizabeth Lee in the unlikely event they win govt. Calwell is a good school with good teachers

Considering the department had said the closure was COVID related initially. I’m no liberal voter but you’d hope an opposition would seek answers, when a high school closes because of work cover investigations, saying it’s not a safe workplace for ADULTS

So, you would support the sweeping of this major problem under the carpet and ignoring the issue? ANY school that has this issue should be up front with the school community to deal with it.