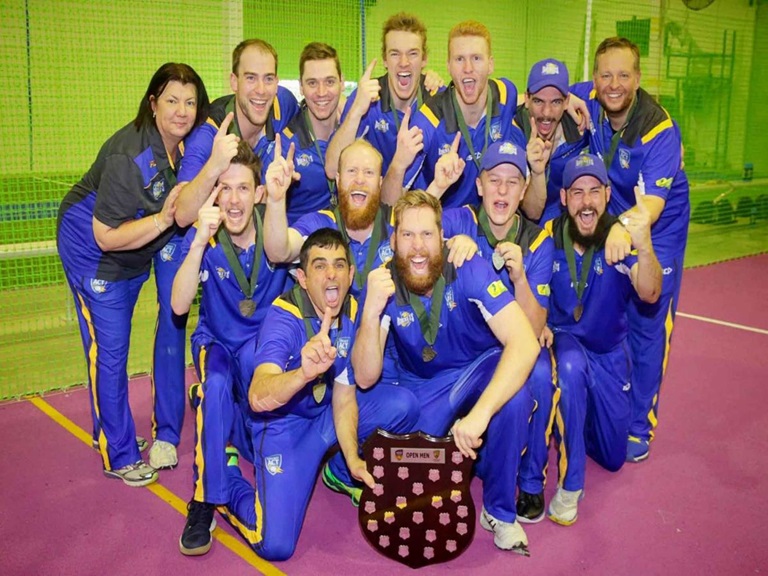 The ACT Rockets will once again be a family affair after Rockets head coach Billy Floros named four Floros family members in the 2018 squad that will travel to Toowoomba to compete in the National Indoor Cricket Championships.

Captain Matthew Floros, who was named international indoor cricketer of the year last month, will be joined by Timmy, Benji, and Alexandar Floros, who will aim to help the reigning champions go back to back in the Men’s Open category.

The 11 men squad will be without Vinesh Bennett, who retired at the end of last season, which will be a big loss for the Rockets. However, Coach Floros said that even without Bennett, the side still has a lot of experience and is confident that his young side has the talent to defend the title.

“We have five international players from last year coming back into the side, so the experience is quite high and hopefully that will bring home the title. We have lost Vinesh Bennett which will be a massive loss but I am confident that we can still do what is required to win.”

“Sam Dwyer is back into the squad, which means for the first time in a while the Rockets team has no new players.”

Floros said he was fortunate to have six nephews that live and breathe indoor cricket, which might be a reason why the ACT is so successful at indoor cricket.

2018 ACT Rockets Squad to play in the Indoor National Championships: