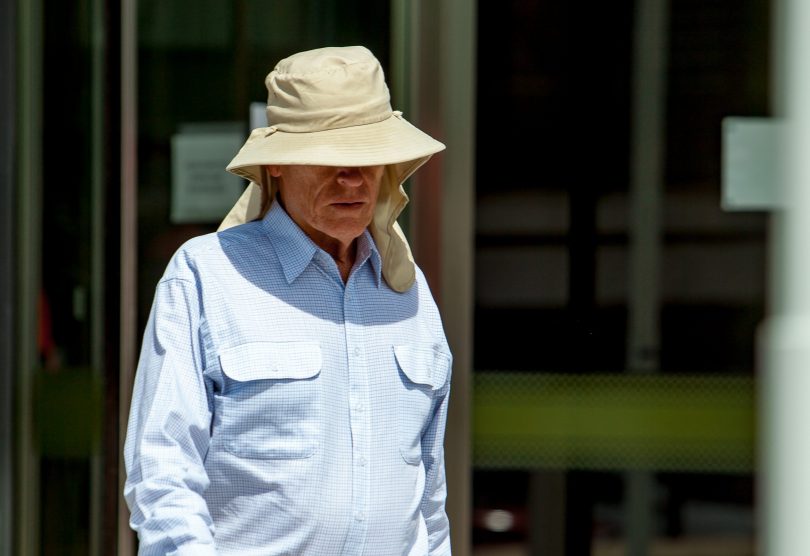 The ACT Government has been ordered to pay David Harold Eastman more than $7 million in compensation for his wrongful imprisonment for the murder of Australian Federal Police Assistant Commissioner Colin Winchester.

Justice Michael Elkaim found that Mr Eastman was owed $7,020,000 plus costs after he spent 19 years in prison for the 1989 murder of Colin Winchester.

The ACT Government had offered an “act of grace” payment to Mr Eastman because it had a “moral obligation” to compensate him. The payment, which was reported to be $3.8 million, was offered on the condition Mr Eastman waived his legal rights and dropped his suit against the territory, which Mr Eastman rejected.

But Justice Elkaim took a broader view of Section 23 to rule Mr Eastman was entitled under the ACT Human Rights Act.

Mr Eastman did not appear in court but after the judgment was handed down solicitor Sam Tierney from Ken Cush and Associates said his client was relieved and very happy with the result.

“Mr Eastman would like to thank the court for considering this matter so promptly, also his lawyers and members of the ACT community who supported him through what has been a very long journey,” he told media outside the court.

“He also expresses his wishes that he’d like to now get on with his life, if possible.”

He did not know what Mr Eastman would do with the compensation. “At this stage he’s lost a significant chunk of his life and he’s got some thoughts in mind about what he might do with it. We’ll have to wait and see,” Mr Tierney said. 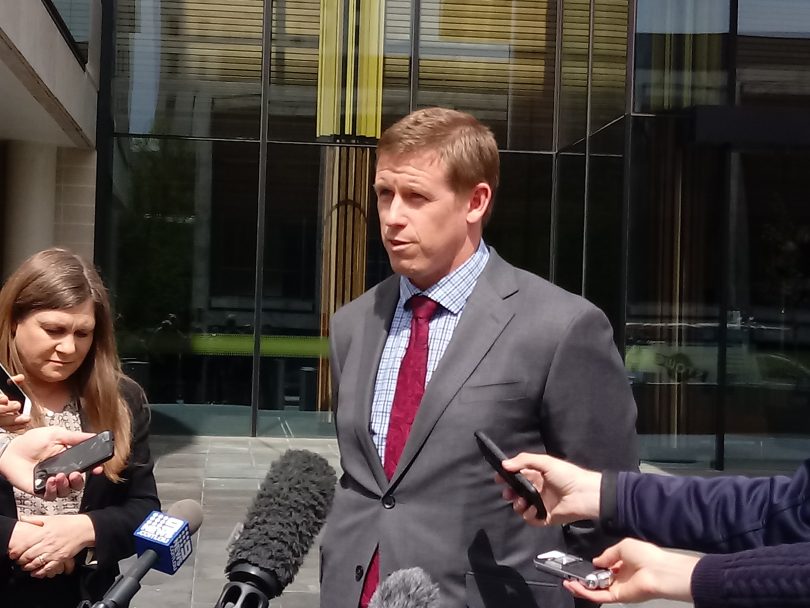 Solicitor Sam Tierney talks to media outside the court: “It was a good outcome.” Photo: Ian Bushnell

He did not think rejecting the act of grace payment had been a gamble, saying Mr Eastman’s lawyers always had a fairly strong view that Human Rights Act had provided a cause of action, ”and we’re pleased that the court has confirmed that today”.

“Obviously, with the benefit of hindsight it turned out to be the correct decision,” he said.

Mr Tierney acknowledged that the result might set a precedent and extend beyond Mr Eastman’s case.

But the ACT Government has 28 days to appeal the judgment, so the Eastman saga may have one final chapter to play out.

“Whether or not this is the end of the matter we’ll have to wait that appeal period to expire to see,” Mr Tierney said.

Last November, a jury in a second trial, after the original conviction had been quashed, found Mr Eastman not guilty.

Mr Eastman had originally been found guilty of the murder in 1995 after a lengthy police investigation that included the bugging of his flat, and a difficult trial marked by the accused’s erratic behaviour. He was sentenced to life imprisonment without parole.

But a dogged Eastman had always maintained his innocence and after years of appeals, the 2014 inquiry found there had been a miscarriage of justice.

The Supreme Court quashed the conviction, released Eastman from prison after serving 19 years, and ordered a retrial, with Eastman going in vain to the High Court in a bid to stave off being tried again.

The new trial began on 18 June 2018 with the prosecution mounting a mainly circumstantial case, arguing that Mr Eastman killed Mr Winchester because he would not help have assault charges dropped, threatening Mr Eastman’s chances of rejoining the public service.

Mr Eastman’s defence rejected the alleged motive, cast doubts on the police tapes from the bugging operation, witness statements and proffered an alternative scenario that the murder was a Mafia hit related to Mr Winchester’s investigations into drug crops outside of Canberra.

David Eastman is a smart man. Volatile, erratic and uncooperative, but also highly intelligent, as demonstrated by his previous employment.
He gets $7,020,000 for 19 years of wrongful (?) imprisonment.
That is $369,473.68 for each year.
Which is more than he, or the vast majority of us, would ever receive as a yearly salary.
Would you incriminate yourself for a crime, through non-cooperation and erratic behaviour, if the expected payout was in the vicinity of $369,473.68 for each year of your wrongful (?) imprisonment? Some might. Perhaps he planned it this way all along. 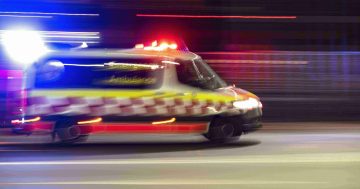