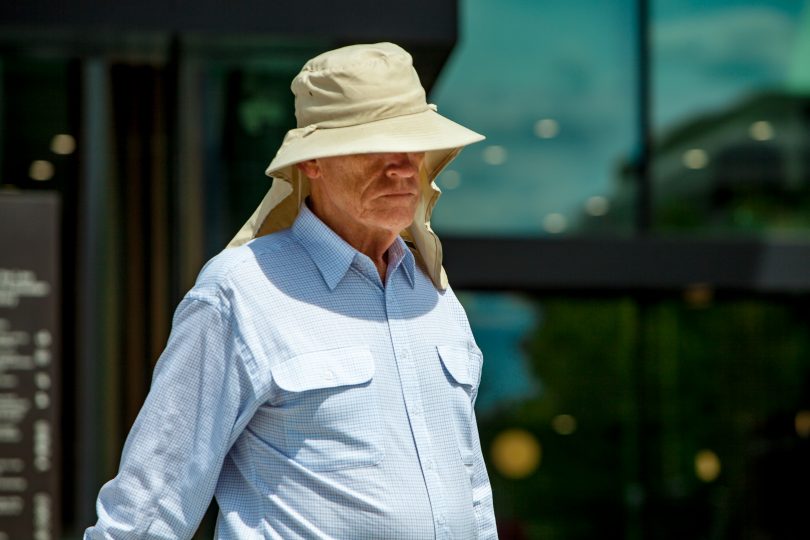 David Harold Eastman is seeking at least $18 million in compensation from the ACT Government for his wrongful imprisonment, the ACT Supreme Court heard today.

Mr Eastman spent 19 years in prison for the 1989 murder of Australian Federal Police Assistant Commissioner Colin Winchester, before he was found not guilty of the murder in November 2018 after a retrial.

Mr Eastman is now suing the territory for damages for his wrongful imprisonment, with the Supreme Court hearing that Mr Eastman wanted a minimum of $18 million.

Reports indicate that ACT Solicitor-General Peter Garrisson SC told the court that the ACT Government had offered an “act of grace” payment to Mr Eastman because it had a “moral obligation” to compensate him.

The payment was offered on the condition Mr Eastman waived his legal rights and dropped his suit against the territory. The value of the act of grace payment has not been released.

Instead, Mr Eastman’s lawyers have applied for compensation under the ACT Human Rights Act, which allows people to pursue payment for wrongful imprisonment.

However, Mr Garrisson argued Mr Eastman did not meet the requirements to receive compensation under the act, stating the act of grace offer was the only way to compensate him.

Mr Eastman has always maintained his innocence for the murder of Colin Winchester, who was shot with a Ruger .22 rifle fitted with a silencer as he got out of his car in a neighbour’s driveway in Deakin in 1989.

Mr Eastman was found guilty of the murder in 1995 and received a life sentence after a lengthy police investigation. After years of appeals, the 2014 inquiry found there had been a miscarriage of justice.

The Supreme Court quashed the conviction, released Eastman from prison after serving 19 years, and ordered a retrial. The new trial began on 18 June 2018, with the not-guilty verdict handed down on 22 November 2018.

On Tuesday (1 October), Mr Eastman told the court that he had been robbed of the opportunity to marry, be a father and have a career. He also said he had been the victim of violent attacks and taunts during his incarceration.

“Justice Kennneth Carruthers has jailed David Eastman for life for murder and called on authorities to prevent his disruptive behaviour during his trial from becoming common practice. The drama and emotion which accompanied the jury’s guilty
verdict last week was absent yesterday when Justice Carruthers uttered the words, “David Harold Eastman, for the murder of Colin Stanley Winchester, I sentence
you to imprisonment for life”.”

“In his sentencing remarks, Justice Carruthers referred to Eastman’s disruption of the 87 day trial and the fact that as the trial had progressed, the strength of the prosecution case had become clear. “Regrettably, however, from the outset of the
trial, the prisoner attempted to avoid the consequences of the damning nature of the Crown evidence by adopting a [practice] of manipulating the trial process and attempting to frustrate its progression in any conventional manner,” he said.

Despite the persistence of Eastman’s approach, the trial process had overcome the obstacles and reached finality. This “tactical manoeuvring” could not be taken into account in the sentencing process.”

This clown repeatedly played silly buggers during the original trial, and cost the ACT taxpayers enormous amounts of money. There are plenty of reports at the time, but just a taste is shown in Wikipedia:

“During the 85-day trial that commenced in 1995, Eastman repeatedly sacked his legal team and eventually chose to represent himself. Eastman also abused the judge during his trial, and during later legal proceedings and appeals.”

So the ACT government should counter-sue for $18m for the costs that were incurred due to Eastman’s behaviour.

Absolutely he should get every cent of $18 million over this travesty. Outrageous that the Gallagher and then Barr Governments insisted on dragging him through the courts with appeals and retrials again and again. He lost more years than he need have. And outrageous that Andrew Barr wanted him to sign away his rights in exchange for a paltry sum. This will be ratepayer’s money well spent, and I hope it will go some way to consoling Eastman.

Did you read this bit: The Supreme Court quashed the conviction, released Eastman from prison after serving 19 years, and ordered a retrial. It was the court that ordered the retrial, not the Government….

And if the amount that the Government offered has not been released, how do you know it was ‘paltry’?

Could someone please explain to Lucy the role of the ACT Director of Public Prosecutions.

Why not $1 million a year until he dies?

Stephen Saunders - 17 minutes ago
Look, I don't oppose this, it can never be remembered too often. But the first priority that needs it own Canberra memorial i... View
News 17

chewy14 - 20 minutes ago
Ha, that should read uninformed, not uninformed. BJ, on that link you've provided, have you actually read the ICRC report on... View
chewy14 - 37 minutes ago
No, To be honest, It's because I think you're uniformed on the scope and causes of the problem, the research that has been oc... View
bj_ACT - 2 hours ago
I’m not just criticising this project from 2014, I’m criticising two decades of broken promises, failed projects and the... View
News 199

Jess Thomas - 23 minutes ago
David Deb Cossart that's the thing: people who can afford the fine can afford to speed. Changing this would mean that no-one... View
Liam Searle - 1 hour ago
Make the speed limit suit the road, change it back to 60! View
AliciaAnn Dowd - 4 hours ago
Werner Schenk I agree with you. There is already a system in place to assist people manage payment of their fines. SPER allow... View
Community 41

Sam Oak - 44 minutes ago
The government needs to stop fluffing about trying to figure out how to get the tram over the lake and build the Belconnen to... View
Community 10

A man has died after a single-vehicle accident near the northern intersection of Drakeford Drive and Athllon Drive, in Greenway...
*Results are based on activity within last 7 days

@the_riotact @The_RiotACT
The announcement of a new national Holocaust #museum in #Canberra comes in the wake of a report that reveals almost one in four Australians over 18 has "little to no knowledge" of the #Holocaust https://t.co/ojjuaIjCrz (41 minutes ago)