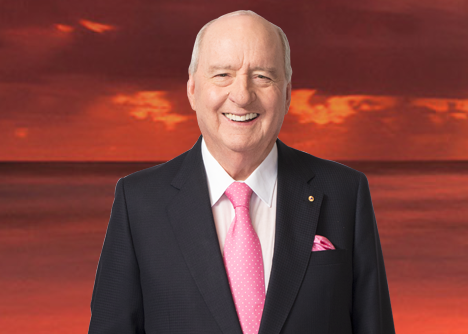 Alan Jones will be broadcasting in the 2CC Breakfast slot from July 15. Photo: Supplied.

If ever you needed a sign that the Canberra media landscape is in flux, here it is: Alan Jones will be presenting breakfast on 2CC from July 15 in what station manager Michael Jones says will be a direct challenge to the ABC’s Dan Bourchier on news and current affairs.

2CC will run the fully nationally syndicated Jones program from the Sydney studios 5:30 am to 9 am weekdays, while current breakfast host Tim Shaw has been moved to the Drive slot between 3 pm and 6 pm.

ABC Breakfast lost their ratings crown in April after a long run of successive wins throughout the Ross Solley and Philip Clarke eras. Bourchier, who is also the ABC’s newsreader, lost out to 106.3 FM’s Kristen and Nige in their first survey. Johnson has an extensive local radio history and returned to presenting late last year after a hiatus following the implosion of the Scotty and Nige show.

Overall, Hit 104.7 claimed the top spot on 17.8 per cent, just ahead of 106.3 on 17 per cent while with ABC Radio Canberra, with a different programming mix, was third on 12 per cent. 2CC does not feature in the top three listings, although Shaw has worked hard to provide an alternative morning talk offering, as did his predecessor Mark Parton, now a Liberal MLA.

“Dan Bourchier vs Alan Jones would be a good contest,” Michael Jones says. “It’s about winning ears and it gives Canberrans a good choice for which way to go in the mornings.

“Alan has been part of 2CC for a long time and he’s always been very good to us.” 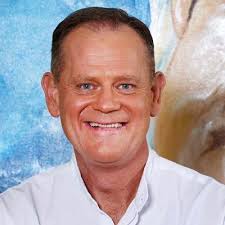 Tim Shaw will move to the Drive slot on 2CC. Photo: Twitter.

2CC has previously taken a highlights package with a local breakfast program, but following the success of the model at 4BC in Brisbane, the network believes that a full national breakfast program will win listeners, while incorporating some local content.

“The new arrangement gives us a chance to be more competitive in the market because the resources behind that program are excellent. The success he has as Australia’s number one broadcaster is outstanding”, Jones says.

Jones has recently been embroiled in prolonged contract negotiations, following a major slug to 2GB when he lost a $3.7 million defamation case with Queensland’s Wagner family. Reports before his June 30 contract deadline suggested that Jones had been offered a contract, at $2 million a year, half that of his current salary.

Fairfax Media were the majority owner of Macquarie Media, which owns radio stations 2GB (Sydney), 4BC (Brisbane) and 3AW (Melbourne). Since the merger, Network Nine are now the principal stakeholders.

A statement from Alan Jones says that he is “looking forward to being with you at Breakfast time in Canberra from July 15. We’ll be rattling a few cages!!!”

Not my cup of tea, I listen to iTunes classical.

That sounds interesting. Which radio station do I tune into to get that?

If you prefer a decent commercial free, Jones talk-back free station try a community radio one like ArtSound FM, 92.7 or 90.3 in Tuggeranong.

Christ almighty this is Canberra.

The people who listen to Jones probably don't listen to the ABC anyway.

I hope he goes down like a lead fart with the local audience ...

Hopefully it will bomb out as it did in Melbourne when the shock jock phenomenon was attempted here.

Saves money not paying a Canberra based announcer. Jones contract with main station pays a fortune.

He’s not “presenting” anything. They will just be taking a syndicated feed of his program out of Sydney sticking local ads around it.

Why does this article say that the contest is between Jones and Bourchier when he didn’t win the most recent ratings?

So this is the end of the radio station

Shock jock radio in Canberra. Just what we need. Not.

I will defiantly be listening. ABC needs a more dynamic morning presenter...

I will not listen to this Mr Jones

Here’s something for all you haters (who probably weren’t even born in 1984) to choke on:

Alan Jones AO – Coach – Rugby Union
In 1984 Jones was elected coach of the Wallabies, taking over from Bob Dwyer, and coached Australia until early 1988. The team won 102 matches making him the most successful Australian rugby coach ever. His teams won 23 Tests out of 30, and four of those losses were by just a point.

Great, now i have to move

Well I certainly will stop listening . It will become all about his opinion and bias and not an open forum for Canberra listeners. Appalling.

Thats bloody awful - we don’t need him in the ACT - why is RiotAct giving Jones publicity?

Kate Tricks - 7 hours ago
Bad news for those of us looking to buy... View
bj_ACT - 11 hours ago
Chewy I’m surprised by your views based on some of your previous comments over the years. I’m not sure that property Deve... View
Sandra Noonan - 12 hours ago
No no no !!!!! View
Opinion 7

HiddenDragon - 8 hours ago
"The ACT needs home-grown solutions that fit with its culture and the aspirations of its people and origins, not imported min... View
Gabriel Spacca - 11 hours ago
Well I feel sorry for those who are coming here to escape the anthills of Sydney and Melbourne. The current government is try... View
Marc Edwards - 12 hours ago
Ian Bushbell is about 50+ years to late View
News 11

HiddenDragon - 9 hours ago
In light of this - https://the-riotact.com/act-government-systems-not-rated-to-receive-security-classified-information/430823... View
Acton - 13 hours ago
You hope. I admire your trust in the efficiency and perpetual good will of an indulgent government. However, you have forgott... View
Acton - 13 hours ago
“Those who would give up essential liberty to purchase a little temporary safety, deserve neither liberty nor safety.” Be... View
What's On 5

chewy14 - 15 hours ago
Yeah these claims about human rights are ridiculous. Whilst I support voluntary euthanasia, our elected government does not.... View
Acton - 17 hours ago
I agree with our need for easy access to voluntary euthanasia as decided by the individual and not vetoed by anti-choice reli... View
Property 2

realist - 16 hours ago
Isn't it funny that Ben Ponton has taken so long to speak up. Can the government impliment changes before the Developers comp... View
Motoring 1

mf64 - 22 hours ago
Plus Canberra has the worst most self entitled drivers around. Having driven all over the country and around the world by far... View
show more show less
*Results are based on activity within last 7 days