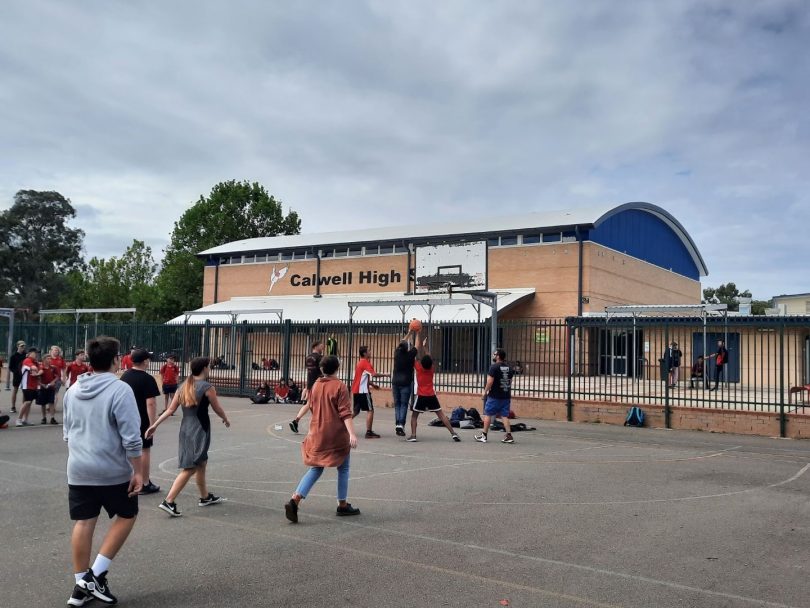 All students at Calwell High School will learn from home for the first week of Term Two as staff at the school plan for ‘a safe return to campus learning’.

Year 9 and 10 students will return to face-to-face learning from the second week of term (Monday, 2 May), but there is still no fixed return date for Year 7 and 8 students – the cohort that was barred from campus after it was deemed unsafe by the Territory’s workplace safety regulator.

Any student who cannot learn from home will be able to attend the campus to undertake the same program of remote learning as their peers.

In a letter sent to all parents yesterday, Calwell High School principal Megan Altenburg, who is returning to the school after being on leave, said work is underway with WorkSafe ACT to ensure the latter cohort can return to campus as soon as possible.

“During the first week of term, staff will be reviewing our work health and safety procedures, completing required training, and planning for a smooth return of students to campus,” the letter read.

“The school is being supported by the Education Directorate and continuing to work closely with our unions and WorkSafe ACT. Our priority is welcoming all staff and students back to a safe working environment.”

According to the letter, Calwell High School has received additional resources and support from the Education Directorate, including an addition to the school’s leadership team and two new experienced teachers.

Students and staff will also be able to access additional well-being support, such as telehealth appointments with a school psychologist.

The Directorate’s ‘Positive Behaviour for Learning’ program will also continue to be rolled out.

Year 7 and 8 students at the school were initially sent home for the final week of last term after WorkSafe inspectors attended campus and found the situation was “untenable“.

According to the notice, teachers were being subjected to sexualised behaviour, abuse and threats and were regularly assaulted by students.

One teacher was left with a dislocated shoulder, several broken teeth, welts to the lower arm, and bruising to their back after trying to intervene to stop one student from assaulting another.

Students, many of whom had formed gangs, were found wandering the corridors with weapons, and chronic staff shortages meant teachers were regularly taking classes of up to 40 students.

In this environment, teachers were “scared” of students, and one staff member locked themselves in a cupboard and cried uncontrollably due to work pressure.

One parent who spoke to Region Media on the condition of anonymity said she had been livid to have learned the depth of the school’s issues through media reporting rather than from the school itself.

She said at the time, she was strongly considering removing her daughter from the school after all of the issues experienced.

The ACT Government will next week provide more detail about all school arrangements for term two, including COVID-19 concerns.

The Calwell High situation is not the fault of the Education Minister or teachers there. Let’s examine what procedures are in place for public schools to manage these issues. Private schools have greater options which public schools do not have.

Indeed they do. If you have problem students, boot them out and leave them for the public system to handle them.

Capitalise your profits and socialise your losses -works every time.

Keep good kids from school along with the idiot kids? Make the good kids suffer too? Democracy at work in the public schools system

Year 7?! These kids aren’t even teenagers yet they have been so disruptive and dangerous the school has had to shut down. I don’t blame these children, nor the teachers, the parents of these children need to step up! These children will be adults five years from now! I really hope that is enough time to make positive change in their lives.

And yet the responsible Minister has not taken any responsibility for this situation. If the matter is not resolved. Typically washing her hands of the matter. Due to having the numbers in the Assembly any action put by the opposition is defeated. Parents send their children to a school to be educated and the school has a duty of care for the students. There must also be a duty of care by Government to support the teaching staff. One hopes this is an isolated incident and limited to this one school.