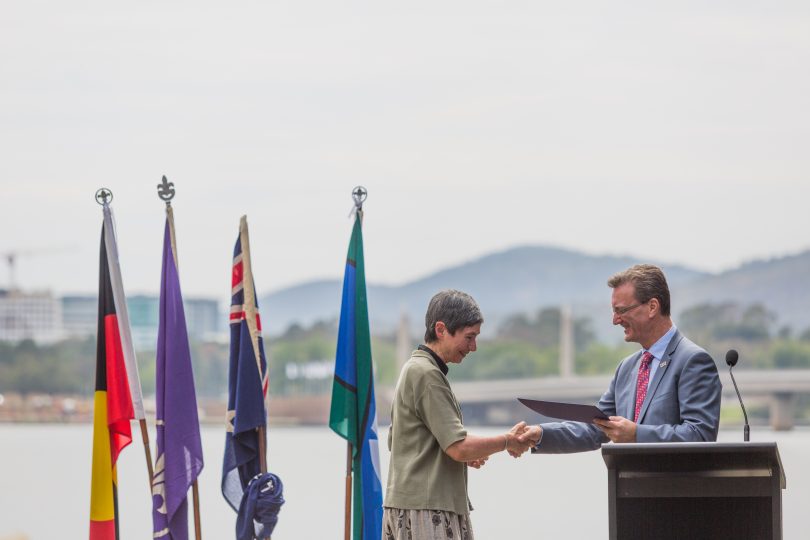 Giralang GP Dr Sue Wareham has been awarded the inaugural Chief Minister’s Rotary Peace Prize at the unveiling of Canberra’s first, and the nation’s second only Peace Bell, at Canberra Nara Peace Park on the shores of Lake Burley Griffin.

The Canberra Rotary Peace Bell project was initiated by Rotary in partnership with the World Peace Association, with Rotary Canberra Burley Griffin fundraising and coordinating the design with local architects, Kasparek Architects, and overseeing the build of the World Peace Bell Pavilion.

The unveiling involved the Canberra community and religious leaders from 12 different denominations coming together to ring the bell in harmony for the first time. Students from local Canberra schools and cub groups who have raised funds toward the construction of the Pavilion were joined by a chorus of women singing for peace, a welcome to country and smoking ceremony, and the awarding of the Chief Minister’s Peace Prize by Attorney-General and Minister for the Arts and Community Events, Gordon Ramsay. 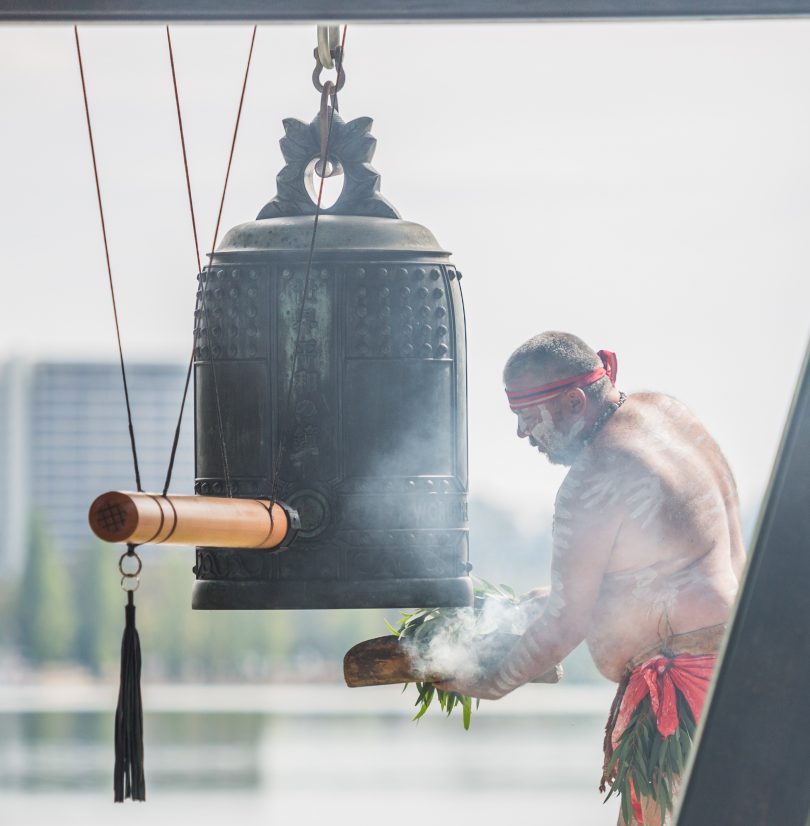 A traditional smoking ceremony at the unveiling of the Canberra Rotary Peace Bell at Canberra Nara Peace Park in Yarralumla.

Dr Sue Wareham, one of the founders of the International Campaign to Abolish Nuclear Weapons (ICAN), said the award was an honour, not just for her but the causes she represented.

She said Australia had been at war for 16 years and lamented that it had become the norm for Australia.

“There needs to be greater thought before we go to war, who’s going to look after the victims, and what will be the outcomes.”

She called on Australia to rethink the policy of building an economy on war profiteering and having a vested interest in wars and instability. 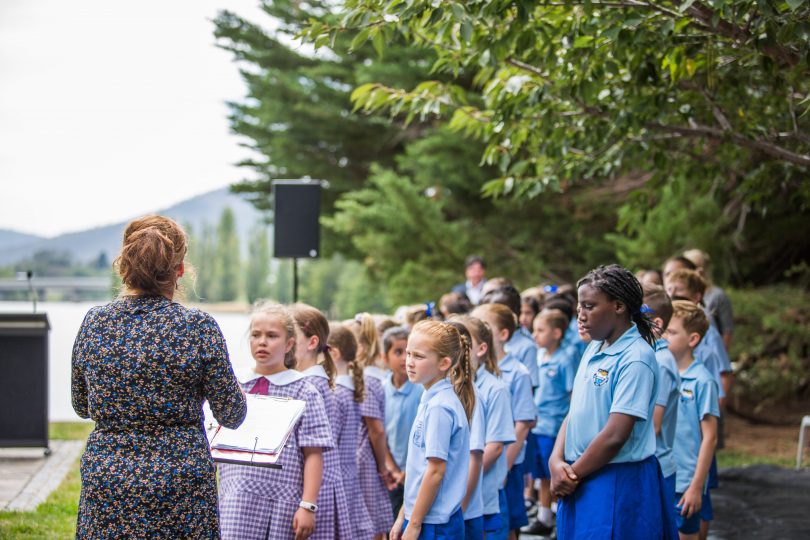 Schoolchildren sing Give Peace a Chance at the ceremony.

The Canberra Rotary Peace Bell will be rung on World Peace Day on the third Tuesday in September each year, on the opening day of the United Nations General Assembly each year, and to mark national and international days of remembrance and celebration. 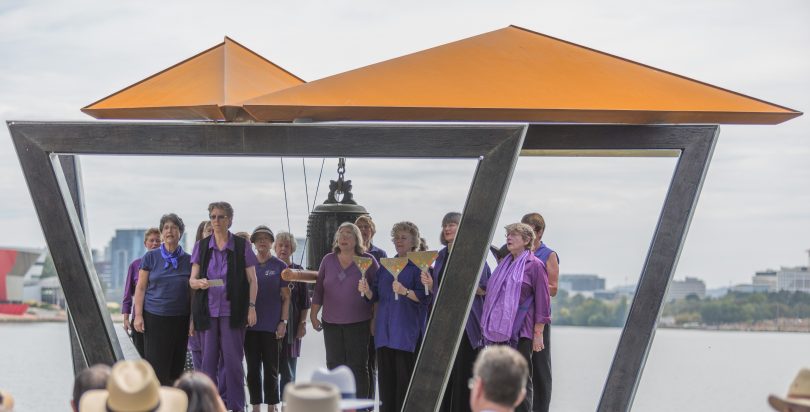 A chorus of women sing for peace.

In 2018, these include remembering the 2011 Japanese Tsunami on 11 March; Harmony Day with the Canberra Multicultural Society on 18 March and the second LJ Hooker Ride for Peace on 25 March.

The Canberra Rotary Peace Bell is a major achievement for Rotary as this year marks its 90th anniversary in Canberra. 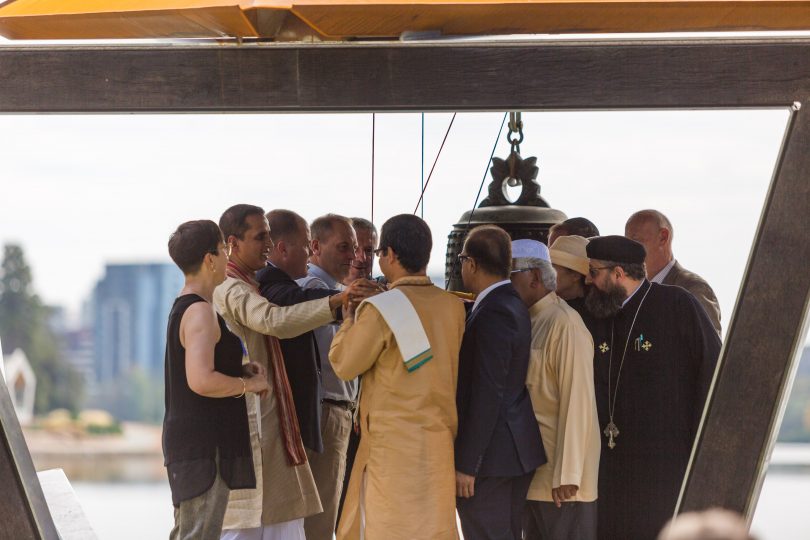 Religious leaders join together for peace.

Peace bells around the world cast Japanese temple bells, made from melted down coins donated through the United Nations, and weigh 350 kilograms. 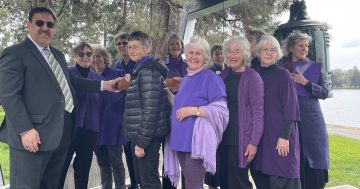 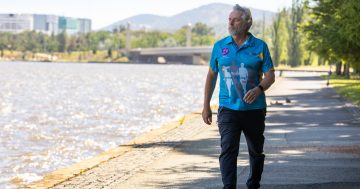 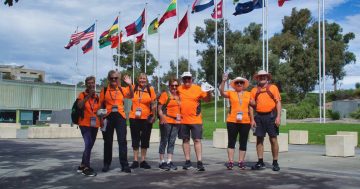