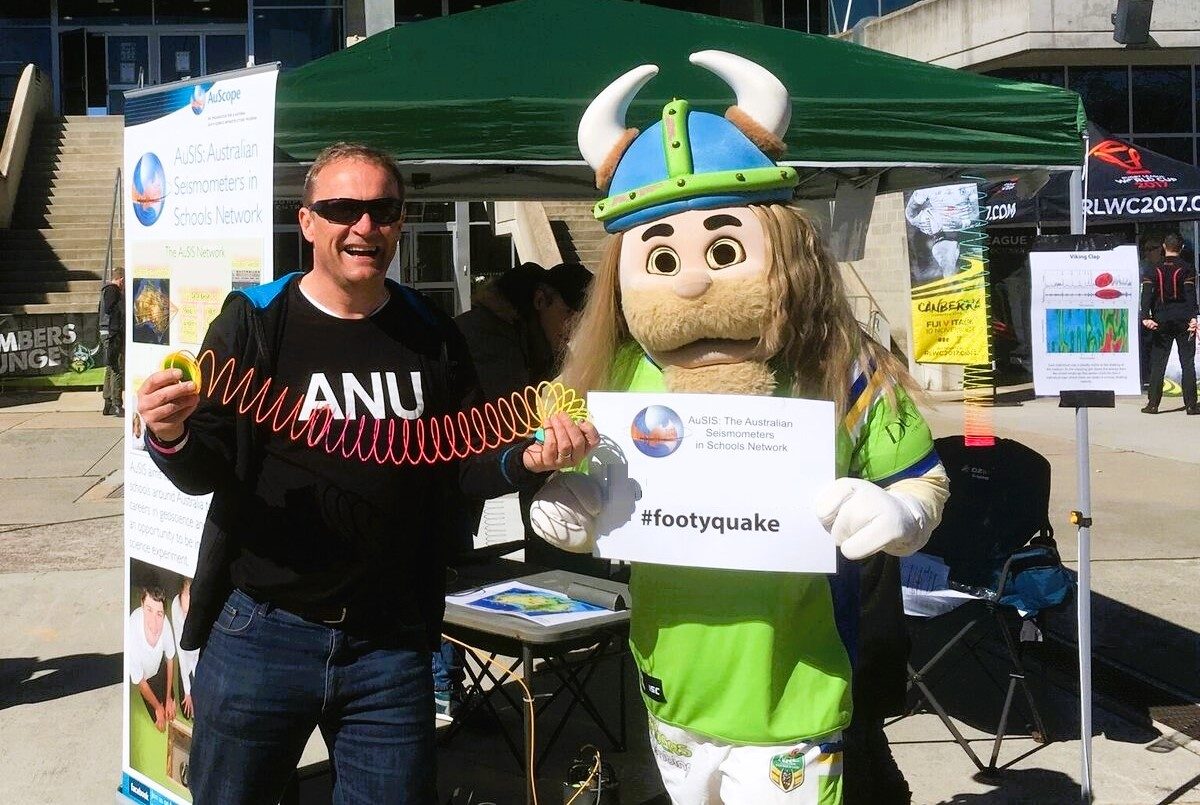 Malcolm Sambridge meets Victor the Viking at a Raiders game in 2017. Photo: ANU.

Spectators might seem a little more excited than usual when the Canberra Raiders tackle the St George Illawarra Dragons at GIO Stadium next Sunday, 14 August.

The ANU Research School of Earth Sciences will be there as part of National Science Week, measuring the wider effects of the Raiders’ iconic pre-match celebration.

Organiser Malcolm Sambridge says a seismometer will be placed underneath the stadium to measure the vibrations created by supporters clapping and stamping their feet during the Viking Clap. To make sure they give it their best shot, they’ll be warned.

“This will be announced during the lead-up games,” he says.

“We want the crowd making seismic noise by stamping on the ground when the Raiders score and also during the Viking Clap. We want to make the biggest recorded ‘footy quake’ in the world.”

A seismometer responds to ground noises and shaking such as those caused by earthquakes, volcanic eruptions and explosions. They are combined with a timing and recording device to form a seismograph. The taller the wave on the seismograph, the higher the magnitude of the quake.

It’s not the first time the instrument has been applied to sports events.

“Way back in 2006, there was a set of seismometers across Cameroon in Africa as part of a PhD student’s research experiment,” Malcolm says.

“He was looking at the data when he noticed waves of energy coming through from all points of the country at the same time.”

Malcolm compares movement in the Earth’s crust to a stone being thrown into water, with the ripples moving out from the source over time. He says the student’s initial thoughts were “actually impossible”.

“But the student’s girlfriend noticed the timing of these coincided with the goals being scored by the Cameroon team of the Africa Cup of Nations. The seismometers were picking up spectators celebrating the scoring of goals jumping up and down.” 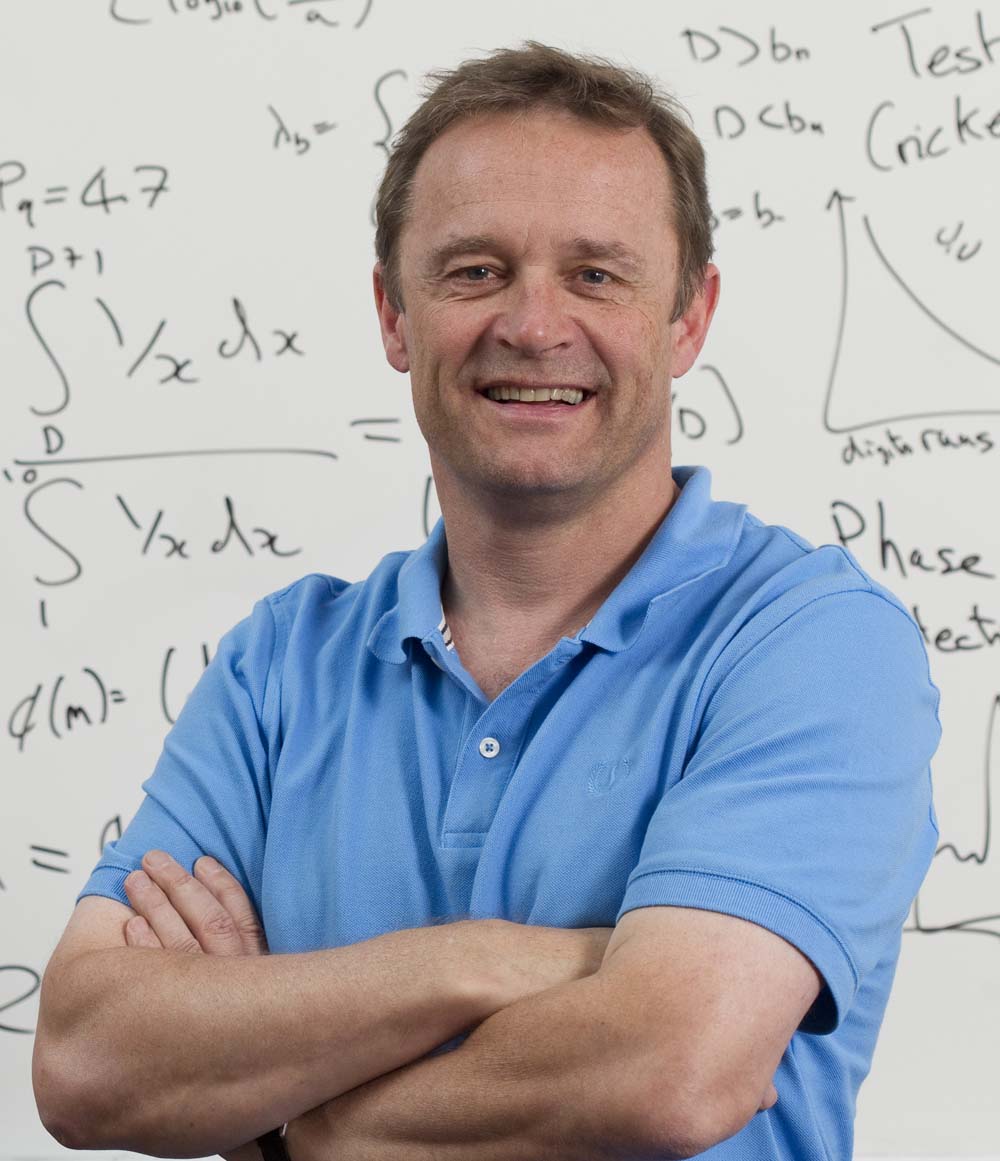 Hence the legend of the ‘footy quake’ was born.

“The goal of the program is to raise awareness of geoscience through observing our dynamic earth in motion,” he says.

“It aims to raise awareness of seismology as a field of study, promote science as a possible career choice, and provide a tool to assist in teaching physics and earth science to high school students.”

Attempts to measure the Viking Clap are nothing new. Canberra’s team picked up the famous chant from fans of the Iceland national team, including an explosive ‘Viking Clap’ with a ‘huh’ chant.

In 2017, ANU planted a seismometer underneath the stadium near the entrance during a Raiders versus Panthers game.

“We put the instrument under the main stand, where it’s sort of quiet and out of the way sitting on concrete. It’s also connected to the internet so we can sit in the crowd with them.” 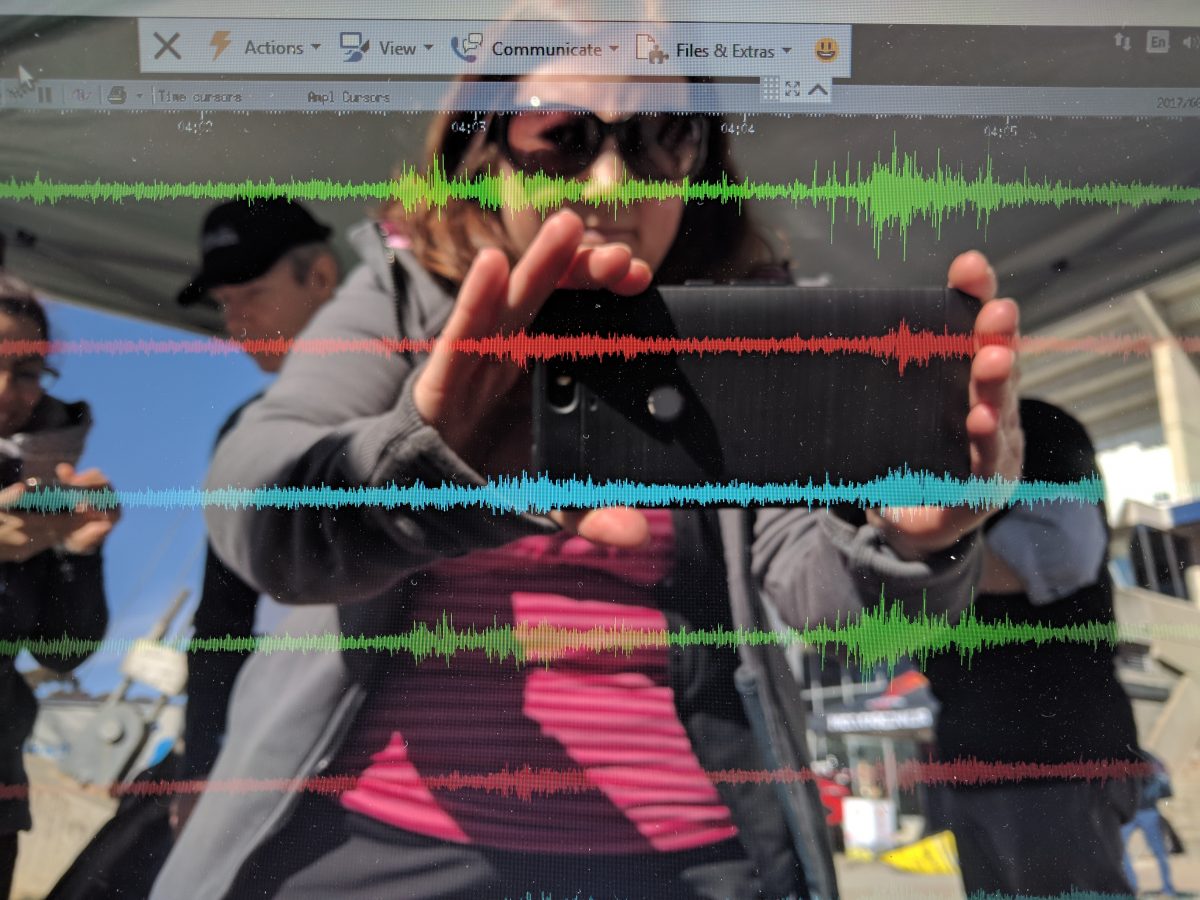 Measuring the foot quake at the Raiders game in 2017. Photo: ANU.

Malcolm says the recording of 2 on the Earthquake Magnitude Scale wasn’t enough to be felt, but certainly enough to trigger a seismometer.

“Waves of energy travel all the time beneath your feet, from right across the continent from the ocean beating on the continental shelf to the building site next door,” he says.

“The ‘footy quake’ is essentially a little earthquake.”

“It’s a way of having a bit of fun and engaging people around us with what’s going on in terms of the physics of this.”

Book tickets to the game online.

Let’s see if y’all can break the record currently held by the 12th man in Seattle!!! I have faith!!! https://www.guinnessworldrecords.com/amp/news/2013/12/seattle-seahawks-fans-cause-minor-earthquake-with-world-record-crowd-roar-53285

But they already have the barometer on the big screen. Don’t tell me they’ve been lying to us all these years when we made it go red

Put one under Ricky Stuart for the post game media interview 😂😂😂

THis is a sham – borrowed from the Motherwell soccer club, Iceland soccer and Minnesota Vikings. the Vikings have no relationship to Canberra . When the Raiders were formed it was claimed that they were named so they could raid Sydney RL clubs. On the other hand, the RL Raiders founders were really prescient because recently they, like their forebears, have been raiding the North of England RL clubs