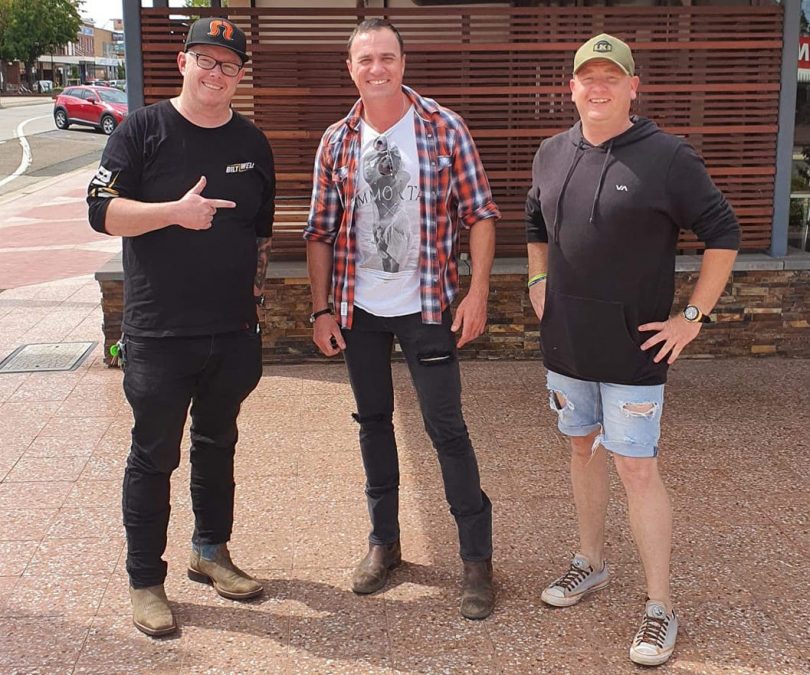 With traditional Anzac Day ceremonies cancelled for 2020 due to the COVID-19 pandemic, Canberrans are finding new ways to commemorate our military veterans.

From a new locally produced podcast featuring Shannon Noll’s re-recording of the classic Redgum song, I Was Only 19, to the #AnzacAtHome online campaign, locals are honouring our war heroes in many novel ways.

With the Australian War Memorial closed indefinitely and the traditional Dawn Service, National Ceremony and veterans’ march being replaced by a private, nationally televised commemorative service on 25 April, organisations are determined to make the day special this year, albeit in different forms.

President of the ACT Branch of the Returned and Services League (RSL) John King said the ceremony will provide an opportunity for Australians to safely pause in their homes, in honour of veterans and the Australian spirit.

Minister for Veterans’ Affairs Darren Chester said the government is working with state and territory governments, the RSL and the ex-service community to ensure Australians are able to commemorate Anzac Day this year in a meaningful way.

One of those campaigns is being led by a former major-general and now NSW Senator Jim Molan who has launched #AnzacAtHome to highlight the commemorative experiences of Australians in isolation during the COVID-19 pandemic.

He is encouraging Australians to share their stories and how they commemorate the day on social media to bring everyone together.

“Staying at home on April 25 feels inherently wrong to Australians, but I believe that by sharing how we will be commemorating Anzac Day at home, we can continue to make our veterans proud,” said Senator Molan.

Senator Molan said it was important the commemoration doesn’t just reflect those who have served.

“Every year we see schoolchildren across Australia involved in Legacy and Anzac Day services, many of who may not have a connection directly to a veteran, but still understand the importance of commemorating those who have served.

“This is a way we can all recognise our veterans, while still fighting the challenge of the coronavirus.” Soldier On, which helps veterans and their families build successful futures, is also working on virtual ways to connect younger veterans via social media channels.

Soldier On CEO Ivan Slavich said social isolation would be difficult for many veterans at the moment.

Speaking on a new podcast, Probably a Ripoff, produced by Charlie Tizzard and Josh Williams in Queanbeyan, Mr Slavich said providing contemporary veterans with a social connection and team environment is what Soldier On does best.

“We’ve been working on virtual ways of using that connection and being innovative with technology that’s available,” he said.

“The challenging part is the connection and maintaining that in a virtual way. So my people are really networking hard by telephone or online.”

The Probably a Ripoff podcast will also replicate a Dawn Service and include former Chief of Army Peter Leahy and former and current serving members of the Australian Defence Force, as well as Soldier On ambassador, singer Shannon Noll, who has just recorded a version of the iconic Redgum song, I Was Only 19.

“Anzac Day is yet another casualty of this ongoing situation, so we’ve done a cover of I Was Only 19,” said Noll. “But it’s totally different from the original.

“We’ve been singing the original version for 25 years, and used to play it all the time so we decided to pull it out and dust it off and re-record the whole thing, with a few nods to the original recording as well.

“What the song represents to me is awareness of the plight of what Soldier On is all about with depression and PTSD [post-traumatic stress disorder]. It’s a vehicle to bring more attention to the sacrifices that have been made so many times by our military personnel.”

Mr Slavich said the song is the perfect vehicle for people to understand that Anzac Day is a reflection of contemporary veterans as much as it is for those who served in WWI, WWII or the Vietnam War.

“Soldier On understands the needs that are faced by contemporary veterans, so this idea of taking what is a classic song that is relatable to veterans and turning it into a modern version is such a good idea.”

You can hear Shannon Noll’s acoustic version of I Was Only 19 on the Probably a Ripoff podcast via Google Podcasts, Spotify, Podcast Addict, Deezer and Spreaker, or find more about the podcast on Facebook.