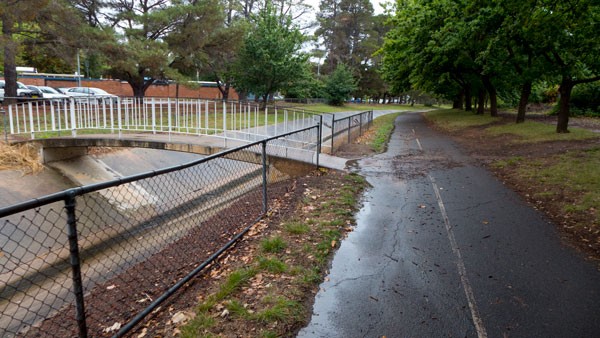 Stormy weather: Objectives of the ACT Water Strategy 2014-44 may not be met with current stormwater infrastructure, Auditor-General warns.

Canberra’s stormwater infrastructure is being poorly managed with responsible agencies at cross-purposes, leading to increased flood risks and assets suffering significant damage from building and construction activity, according to a report released by the ACT Auditor-General, Dr Maxine Cooper.

Dr Cooper warned that objectives in the ACT Water Strategy 2014-44 may not be met and called for an overhaul of management practices and a review of the condition of stormwater assets to assess Canberra’s future needs.

The audit found that the Government had no plans to review the condition of stormwater infrastructure in established areas, saying that there needed to be an ongoing program to alleviate flood hazards and ensure that infrastructure could support new infill developments.

“Acceptance processes are particularly deficient with respect to the design of stormwater solutions as these are negotiated between agencies who have competing objectives for stormwater assets,” she said.

“The audit calls for this process to be replaced by one focused on adopting solutions that achieve the overall stormwater objectives of the ACT Government.”

She also called for a multi-agency strategy to address the cost of damaged stormwater assets, in addition to the current stormwater education program aimed at landholders and the building and construction industry.

The audit found that absence of catchment-wide stormwater planning in the ACT ran the risk that infrastructure would not be appropriate to meet the requirements of ACT water management policies.

There was also a lack of attention at the design stage as to how proposed assets would be paid for and maintained, and the report called for the Government to explore further funding options.

Agencies such as Transport Canberra and City Services (TCCS) and Roads also needed to improve their risk management and performance reporting, as well as update some codes and standards that guide the design and acceptance of assets.

For example, the Estate Development Code needed to include gross pollutant removal targets of 70-90 per cent to bring it into line with Victoria, Queensland and NSW, and provide clearer guidance to developers.

The Opposition said the report showed that the ACT Government was failing to maintain Canberra’s essential stormwater assets, saying agencies were under-resourced and there was a shortage of in-house engineering expertise.

Opposition Leader Alistair Coe said the report had found that:

The report also found that new estates developed close to older areas, where the new and established stormwater infrastructure connected, were also susceptible to flooding.

It said TCCS had advised that areas where there was a current known flood risk included Fyshwick, Chapman, Duffy, Lyons, Page, Red Hill/Griffith, Weetangera and Barton/Forrest.

The report warned that the Government could be exposed to compensation claims if flooding occurred because it had failed to augment stormwater infrastructure to help manage increased flows caused by developments it had approved.

“The ACT Government needs to focus on the core business of running essential services and managing our city’s infrastructure,” Mr Coe said.

A spokesperson for the Minister for Transport and City Services, Meegan Fitzharris, said the Government welcomed the Auditor-General’s report and recommendations.

“TCCS provided considerable input to the report and the Government will consider the recommendations in detail and respond to the report in the Assembly,” he said.

Do you live in any of the flood risk areas mentioned above? What has your experience been with heavy rain? Comment below.

I am surprised that there have been no responses to this thread.

Next time there is another flash flood tragedy in Canberra people will say “why didn’t anyone tell us this could happen?” 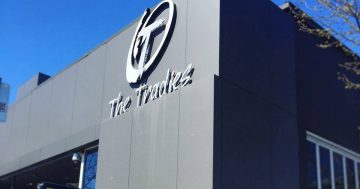