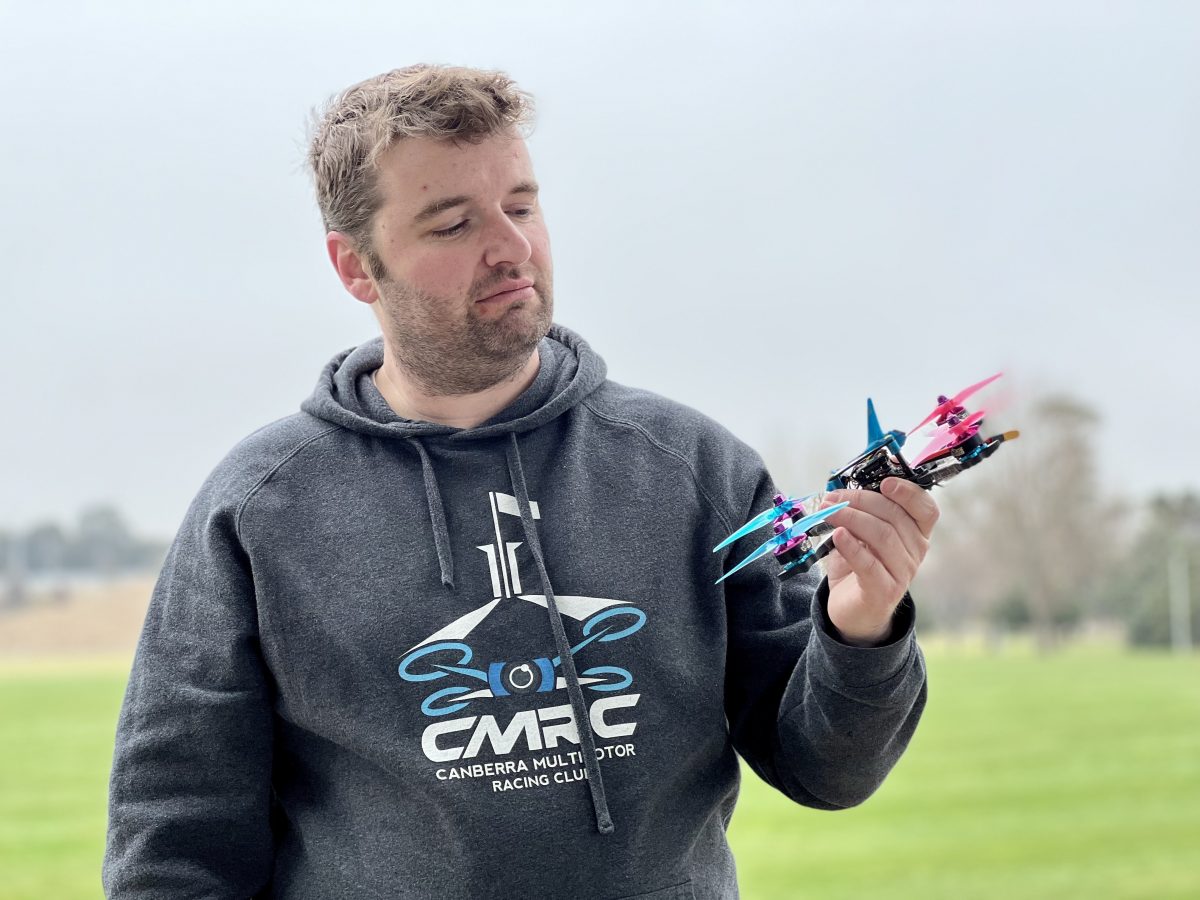 It started with a remote-control helicopter 12 years ago. Now, Timothy Crofts is preparing to fly his drone alongside more than 70 of Australia’s finest pilots for a national drone flying competition in Canberra this weekend.

From Friday, 19 August to Sunday, 21 August, the 2022 Australian Drone Nationals will take over the sporting grounds at the Australian Defence Force Academy (ADFA), attracting drone pilots from all the states and territories (except Tasmania).

Timothy is a member of the Canberra Multirotor Racing Club and has spent the past few months pulling the competition together. He says there will be a variety of races on Friday and Saturday, but Sunday is “when all the nail-biting finishes”.

“We’ll get to see them take risks, do tricks, and spin around upside-down on an obstacle course erected on the Scheyville Oval. They’ll then be scored on a sort of points structure.”

To make things a little easier, the pilots wear goggles that put them right at the heart of the action, streaming the view from a camera mounted to the drone. The videos are also live streamed and overlaid with timing data and a live chat so the audience can also enjoy the view.

The Australian Drone Nationals date back to 2016. It was hosted by the Gold Coast for the first two years before moving on to Fremantle in 2018 and then Canberra in 2019. It was just getting into its stride before you know what happened and it was put on hold for two years.

Timothy describes this year’s as a “phoenix rising from the ashes”.

Drones themselves go back further, or as they were known then, ‘quadcopters’.

“Drones started to come out around 2012 and people immediately started throwing little cheap GoPro cameras on them,” he says.

“The technology was quite clunky, and there were only basic goggles, but over the years, it has become a lot more straightforward, and the quality of the products has improved too.”

After perfecting his flying skills with helicopters and then quadcopters, Timothy began racing drones eight years ago as part of the Canberra Multirotor Racing Club, which meets monthly at the Weston Valley Archery Club. 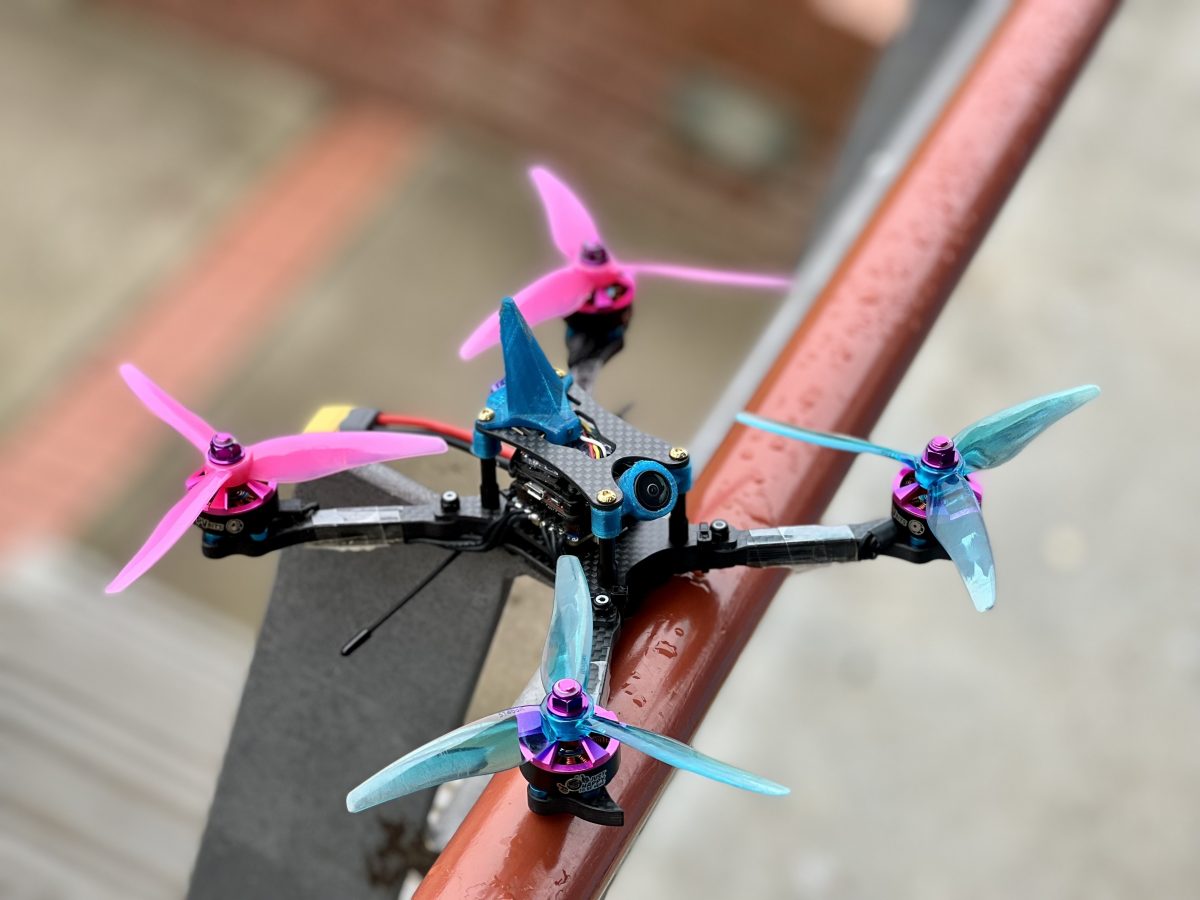 He says the club has grown in the past few years as other amateurs look to take it a step further.

“A lot of people will start by buying a drone and just going out with friends into the bush or parks,” he says.

“We just want to experience what it’s like to be a little bird and cruise around the hills around the back of our house, things like that.”

There are plenty of other informal gatherings of drone pilots, including a Sunday gathering near Mulligans Creek.

“On a per capita basis, compared to Sydney and Melbourne, we have a healthy drone following. Being in the bush capital helps because people don’t have to travel as far to get to a park.”

READ ALSO ‘A good person who wants to do good things’: Kapooka’s Commandant reflects on three years at 1RTB

Over the years, the law has had to play catch up with technology. These rules are managed here in Australia by the Civil Aviation Safety Authority (CASA). For recreational drone pilots, they include not flying more than 120 metres above the ground, in populated areas or within 5.5 kilometres from an airport.

A rudimentary knowledge of Canberra’s geography will tell you that ADFA is within 5.5 km of Canberra Airport. Timothy says there was no shortage of paperwork and permissions to make sure they could fly their drones there.

“We are literally right under the flight path for one of the runways, so there has been six months’ worth of approval steps to get to this point, including from the air traffic controller team at Canberra Airport.” 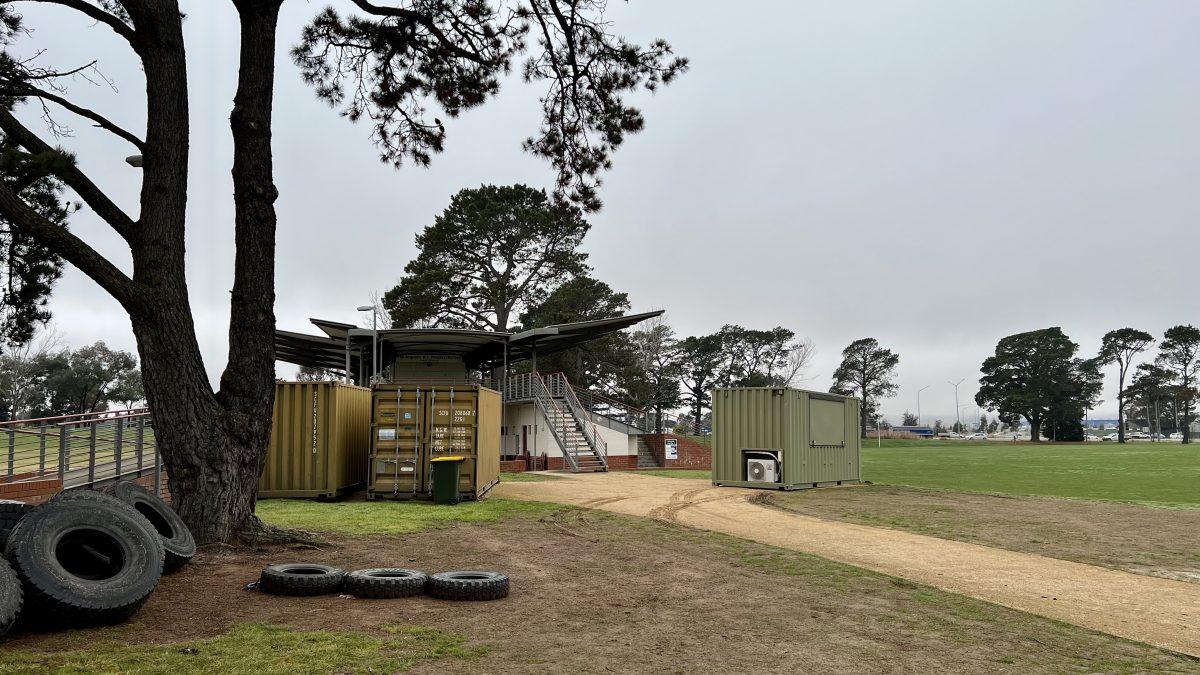 Even if it doesn’t involve aeroplanes, pilots are still prepared for accidents. Timothy says most competing drones are valued at more than $100 each, but a well-equipped pilot will have about four of them as a backup.

“If you do have a good smash – which is almost inevitable unless you’re the best in the world – you want to be able to switch to a backup without having to make a 20-minute repair,” Timothy says.

“You’re also engaged in the sadness when they smash into a steel structure very fast and the camera goes black.

“From my place on the soundboard, I might start playing The Sound of Silence when the race is over and they walk out onto the field to retrieve their broken drone.”

It doesn’t take away the pain, however. Timothy says most of these pilots have designed their own frames and 3D-printed their own parts.

“The drones are all unique extensions of themselves in some ways.”

The Australian Drone Nationals is running from 19 to 21 August, 9 am to 5 pm at Scheyville Oval, Hopkins Drive, Duntroon. Spectator entry is free. Visit Australian FPV Association for more information.