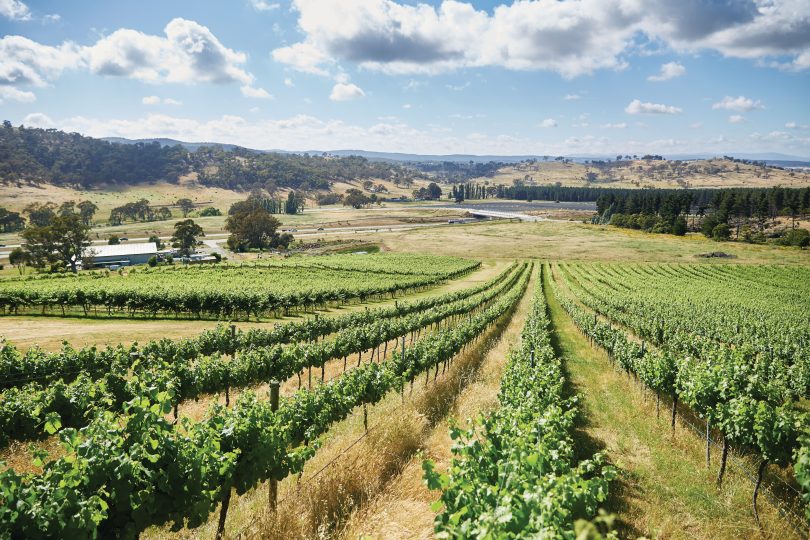 The SolarShare project will be built on an unused block owned by the Mount Majura Vineyard. Photo: Supplied.

The ACT will be home to Australia’s largest community-owned solar farm after the proponent reached its $2.8 million investment target, with construction due to start by September.

Canberra’s SolarShare will build its flagship 1MW solar farm in the Majura Valley after receiving over $2.36 million from more than 400 Canberra-based community investors and securing an $800,000 loan from local renewable energy developer CWP Renewables.

Sited on three hectares of land leased from Mount Majura Winery, Solarshare Canberra will generate enough clean energy to power 260 homes and prevent over 1700 tonnes of atmospheric carbon dioxide pollution, with the company saying it will be the first in a number of projects in the Canberra region.

The power will be sold to ActewAGL under its feed-in tariff arrangements and as part of the ACT Government’s legislated target of 100 per cent renewable electricity in the Territory, and should generate a return of five per cent.

It will join another separate solar project directly to the south, on which SolarShare has been able to piggyback in relation to approvals.

“We hope that learnings from this project can be applied in other parts of Australia to help other communities build their own solar farms,” he said.

“This is just the start. Our vision is to have a string of solar projects, opening the investment pool to more people. We work with owners of large rooftops as well as land. SolarShare can offer to install solar panels for free and sell you cost-effective clean energy.”

“It’s our remit to work with the local community in establishing locally owned community generators,” he said. “That for us is the Canberra community, at this point in time, and we’ll probably extend to the near areas of NSW too. But if there were other communities beyond the ACT region that wanted to work with us we’d be very happy to help them out on the journey towards community-owned renewables.”

He said institutions or local community hubs that used a lot of power such as schools or hospitals were ideal for community solar projects.

SolarShare had already received a couple of approaches but ‘we don’t usually disclose who we are working with until in development’, they said.

ACT Minister for Climate Change and Sustainability, Shane Rattenbury welcomed the news that the Majura Valley project was going ahead.

“In the ACT we recognise that solar is an important part of our clean, green and affordable energy future. The SolarShare project has given Canberrans the opportunity to invest in locally produced solar electricity. This community solar farm is a particularly attractive opportunity for people who can’t install solar at home,” he said.

Chief Executive Officer of CWP Renewables, Jason Willoughby said: “Following the ACT Government’s support for the development of the Sapphire Wind Farm in 2016, CWP has established its national operation and asset management centre, servicing projects throughout NSW [and Victoria and Queensland], in Canberra.

“We are pleased to be able to repay support we received from the ACT Government for the Sapphire project by supporting the Majura Project and congratulate SolarShare on this significant achievement.”

Mark Hamilton Carl Junior Hamilton... I assume a different company, but does Andy know about this one?

Marc Edwards - 9 hours ago
Maybe the Berra Party View
Paul Leins - 9 hours ago
Sure, just bet a former liberal will be a real check to his mates in the liberal party 🙄 View
Michael Ilsley - 9 hours ago
Glad to see him engaged in the community after the tragic loss of his son. View
Community 52

Ian Lindgren - 11 hours ago
These comments by the The ACT Minister for Industrial Relations and Workplace Safety Mick Gentleman mean that it’s time all... View
Kevin Hodder - 13 hours ago
How about a crack down on government agencies waisting tax payer funds, View
Property 35