Australia’s Newest Junior Sport Program is in the ACT 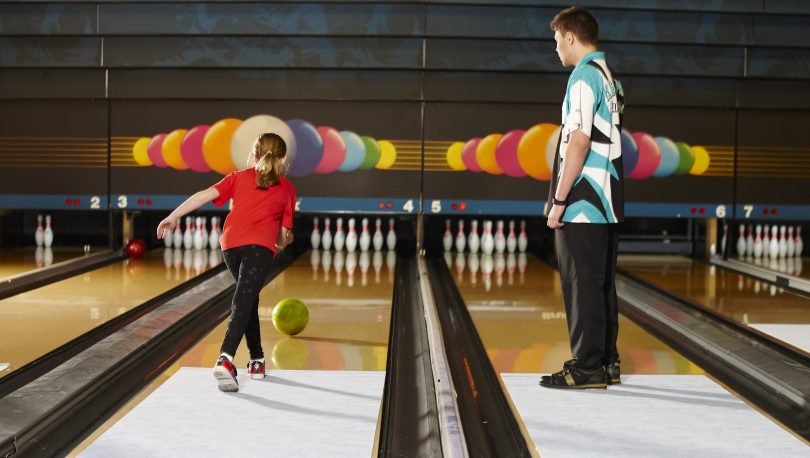 Bowl Patrol is now taking registrations in the ACT for kids aged 6-12.

Australia’s only national junior tenpin bowling program, Bowl Patrol will return to Zone Bowling Tuggeranong and Belconnen in term Four. This exciting new program has children and parents excited with participants rating the program 4.5 stars out of 5 following the first program in term Three.

Beginning in the second week of term Four, Bowl Patrol – tenpin bowling’s only national junior program is now taking registrations in the ACT for kids aged 6-12.

This inclusive, safe and indoor program is perfect for kids who have tried other sports but haven’t found the one for them. With specific progression levels, carpets placed on the lanes and trained coaches, Bowl Patrol caters for children of all abilities and while it’s plenty of fun, Bowl Patrol will turn your kids or grandkids into striking machines in just eight weeks.

Someone who knows the benefits of the program is Travis, who attended bowling birthday parties and when bowling with his family saw Bowl Patrol advertised and decided to give it a go.

“I had lots of fun meeting new friends and learning how to bowl. The best part was playing the games and trying to get the best score you can so you can progress to the next level” Travis said.

Only one hour per week after school, the program includes a t-shirt, backpack and drink bottle all for just $99.

To find out more details on the program or to register online, visit www.bowlpatrol.com.au. And while you are there, why not sign up all the kids and have them in the one session together?

Aaron Perryman - 5 hours ago
Dont worry you won’t be able to hear the planes over the whinging. View
Kylie Prescott - 7 hours ago
The whole of Sydney is under Sydney’s flight path. Comparing Canberra to Sydney is a beat up. The new high school will be r... View
jwinston - 8 hours ago
Plenty of $1M plus houses in Jerra. Flight path doesn’t seem to affect the price of housing out there…... View
News 105

Katherine Boland - 6 hours ago
What an amazing building. Why can't it be saved and rnovated? View
Courtney Kenny - 7 hours ago
That's so heartbreaking 😪 View
Greg Myat - 8 hours ago
Emma Myatt I would love to. View
Public Sector 13

Mark Johanson - 6 hours ago
WOW, home affairs obviously have a lot on their plate! Talk about the big issues! View
Julie Maynard - 7 hours ago
Why? Too sexy? Can’t the old white men control themselves? From what happens in Parliament, I think I’ve just answered my... View
Marea Stefek - 8 hours ago
Laura Folkard Megan Aster-Stater nothing has changed 🙄... View
Community 10

Jill Slaven - 7 hours ago
Steph Jane great story Steph 😘 View
Paula Simcocks - 8 hours ago
In reviewing my own family history in 1850s - there was more religious tolerance than later on. In Angaston, SA all of the co... View
Mark Elvins - 11 hours ago
Interesting about being buried together. My great grandparents are buried together in the middle of the Binda cemetery becaus... View
Opinion 7

Brianna - 9 hours ago
Oh so true. The selfish actions of a few are greatly impacting the many. I am compromised, my husband is under going chemo. T... View
HiddenDragon - 11 hours ago
The re-purposing of the "we're all in this together" slogan for this pandemic is a perfect illustration of the saying that "i... View
Bernard Miller - 14 hours ago
At last a report that is well thought out, balanced and logical. It was a very pleasant read for a change, such a difference... View
Community 10

HiddenDragon - 11 hours ago
In the afterglow of the Sydney Games, Roy and HG had an amusing conversation about future host "city" candidates, including Q... View
Capital Retro - 14 hours ago
The ACT hasn't even got enough money to pay all the facilitation payments involved. View
Sport 19

Peter John McBride - 12 hours ago
I can remember doing a sports award night with Phil Lynch. With me at 5' 3", standing next to Phil it was quite the sight. View
Breaking 14

Brisal - 13 hours ago
Save your opprobrium for the federal government, not the states. The feds are the ones that created the vaccine bottleneck wi... View
Public Sector 13

sneddo - 14 hours ago
I am appalled by the possibility of several hundred possibly infectious pollies & offsiders coming to the ACT for next week's... View
show more show less
*Results are based on activity within last 7 days

@The_RiotACT @The_RiotACT
Selected works from some of the ACT's youngest talented artists are now on display. Catch Step into the Limelight at the M16 Artspace until 8 August https://t.co/jX32ulAAlz (8 hours ago)

@The_RiotACT @The_RiotACT
Sue Dobinson's family have been baking traditional Australian bakery food for more than 125 years and she's still operating a successful business in Canberra after more than 25 years https://t.co/KSGiCphPXN (9 hours ago)