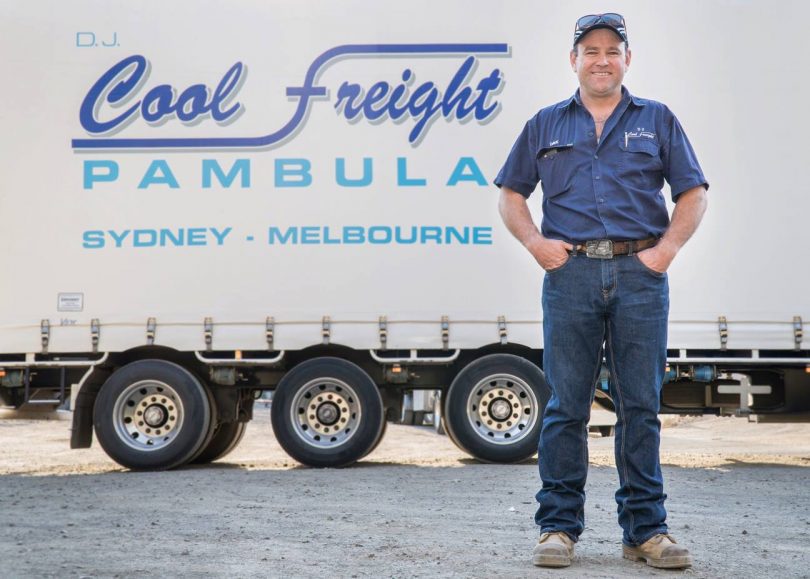 All David Wilson ever wanted to do since he was a little boy was to be a truck driver, and now the owner of Pambula freight company DJ Cool Freight has been awarded a national accolade by the trucking industry organisation, NatRoad.

Mr Wilson was named 2018 Professional Driver of the Year at NatRoad’s national conference and awards on Hamilton Island in North Queensland.

The annual awards recognise and reward those in the road transport industry for their ongoing commitment to safety, developing skills and an overall professional approach.

Nominees for the Professional Driver award are evaluated based on their driving skill, commitment to safe driving practices, customer service and contribution to the industry. 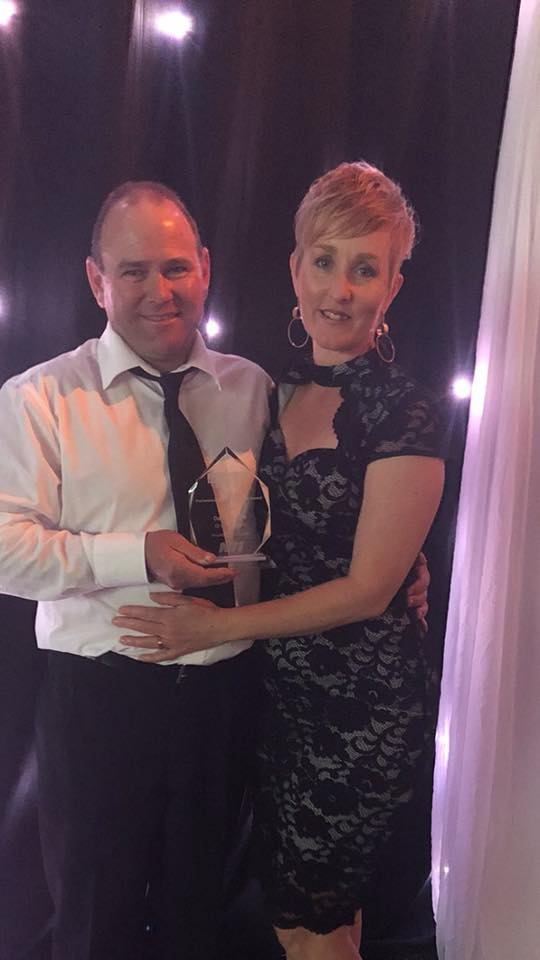 David and Annie Wilson with the award.

Back in Pambula, Mr Wilson said he was overwhelmed to win the award, which was rewarded for 27 years in the industry, 10 of which at the helm of his own eight-truck company.

But he believes an important factor in his win was the road safety work he has been doing with high school children in the region, educating them about interacting with trucks on the road.

He started the sessions two years ago after reading some alarming statistics about the number of young drivers, including a disturbing increase in young female drivers, who were causing truck fatalities.

“That’s what put me into gear that we need to get this message out to the schools, and tell these kids to stop killing truck drivers, and themselves in the process,” he said.

Mr Wilson, who has three children of his own, combines with the local Highway Patrol to deliver a hands-on and hard-hitting lesson for Year 12 P and L-plate drivers who get to see a truck close-up so they can appreciate the sheer size of these machines.

“We run kids through stopping distances, safety and blind spots,” he said. “We’re trying to make young people aware so they make better decisions around trucks.

“It is reality and I think they get rather surprised about actually seeing it and feeling it in the flesh rather than having stuff told to them in a classroom.” Eden Marine High and Lumen Christie College students get a dose of reality about heavy vehicle safety at one of David Wilson’s sessions with the local Highway Patrol.

Mr Wilson, who has seen his fair share of carnage on the roads, said the distraction of electronic devices such as mobile phones was the main problem he observes now.

NatRoad CEO Warren Clark also commented on Mr Wilson’s efforts to encourage young people getting behind the wheel but he says attracting them to the industry is difficult.

He said it’s got be a real passion and most can’t get a truck licence until they are 21 and by then they have chosen other career paths.

“We’re continually trying to put new young people on and educating them from the ground up and how to do everything safely,” he said.

Mr Wilson is supportive of work by NatRoad to develop a traineeship for the industry to attract and retain people.

DJ Cool Freight is a family-orientated business, with “all the kids having a career in truck washing”, and his 21-year-old step son is now driving for the company.

The company has a variety of trailers and customers but seafood from Eden makes up the bulk of the business, with freight heading north to Sydney and Brisbane, and south to Melbourne.

@The_RiotACT @The_RiotACT
Van Gogh has proven once again to be an unbeatable crowd-pleaser in Canberra. And some young local artists were even inspired to create their own Sunflower-inspired masterpieces https://t.co/pdFL3jtLXi (56 minutes ago)