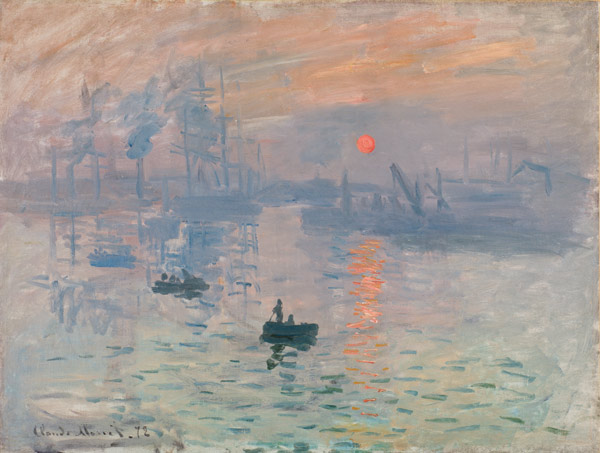 Monet’s light is shimmering, pellucid, sometimes veiled with mist but always glorious: it’s the first thing that strikes you when you walk into the National Gallery’s winter exhibition Monet: Impression Sunrise.

And the significance of the centrepiece in this exhibition, from which the show takes its name, is that this painting kickstarts Impressionism. It comes early in Monet’s career, and it shows us that the light was always there, from here to those famed golden haystacks to the melting pools of waterlilies at the very end of his life.

Impression, Sunrise, was painted in 1872. It’s a brief moment, captured from a hotel window in Le Havre as the sun rises over a working port that’s bustling into life as the dawn sun rises. The freshness, the everyday energy of the working class scene is a huge departure from the formal representation of pastoral scenes that had so often characterised 19th-century landscape art. A revolution had begun.

There are other harbingers of the light too, from other artists: JMW Turner is here with his breathtaking washes of watery sunshine, and from Joseph Wright of Derby there’s a startling image of Vesuvius erupting beneath a full moon wreathed in clouds. Many of the works are drawn from the Musée Marmottan Monet in Paris and since they’re rarely loaned, it’s a particularly important opportunity to see them in Canberra. 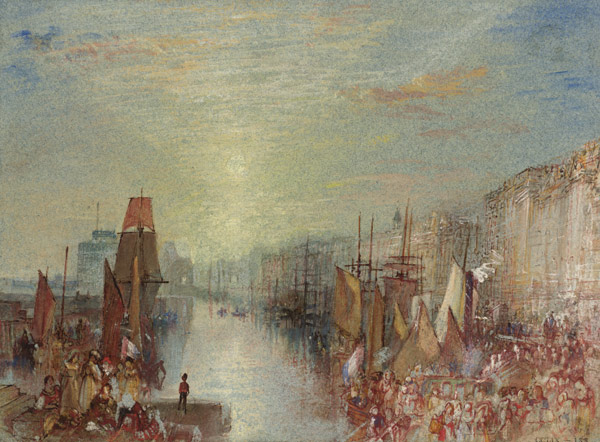 JMW Turner, Le Havre: Sunset in the port c. 1832 is among the other artworks in the exhibition.

The Musée Marmottan Monet is home to the largest collection of artworks by Monet in the world, including more than 100 paintings donated by Michel Monet, the artist’s son.

For Monet himself, Le Havre was one of the starting points of a lifelong engagement with nature, with light and with how to convey them with the deftest of light touches. Examining the works at close quarters, seeing the quick brushstrokes, the colour choices and the layering effect that produces that shimmering light is revelatory.

Monet believed the creation of atmosphere gave his subjects their true value, the sense of authenticity that goes beyond the merely representational. NGA director Nick Mitzevich says that in this, Monet was a radical. That atmosphere also comes from another Impressionist revolution, painting in the open air. 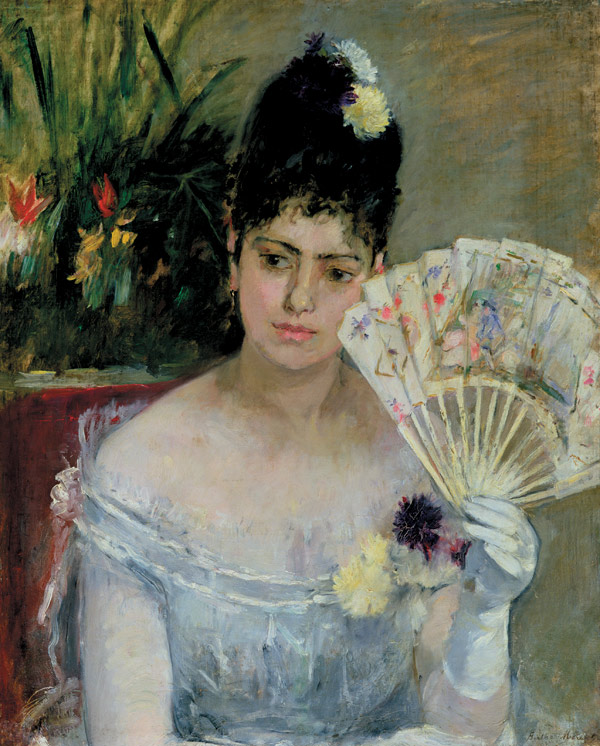 Among the artists in the exhibition are Delacroix, Courbet and Whistler, and Monet’s Impressionist contemporaries Sisley and Berthe Morisot. She’s one of the few women in the movement, famed for her whisper soft brushstrokes and light, elegant work.

“It is a privilege to collaborate with the Musée Marmottan Monet, with its unsurpassed Monet collection, and to bring these masterpieces to Australia for the first time,” Mr Mitzevich said. 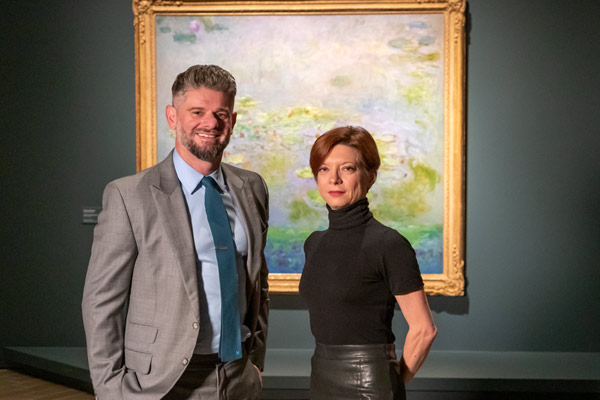 There are 60 works in the exhibition; in addition to the generous loans from the Musée Marmottan Monet, there are also works from the Tate, London, other French institutions, as well as institutional and private collections in the USA, UK, Australia and New Zealand.

Jon Billows - 3 minutes ago
Can't see the pollies forking out cash for the temporary fencing and stands when they don't fork out much for the events we a... View
Christopher Cuba Rabanal - 26 minutes ago
KN95 should be compulsory for all events View
Zuzette Kruger-Finch - 1 hour ago
Summernats and Floriade are our big income events here. View
Community 49

Rj Phillips - 4 minutes ago
Tracy Robinson just completed this one View
Alice Caroline - 1 hour ago
I saw one in a tree along the Queanbeyan river walk💕 so cute! Such a gorgeous idea. View
Elise Anderson - 1 hour ago
Sam Da Cruz but if it makes people happy that’s a plus 😊 View
News 23

Kay Pearce - 1 hour ago
Mrs Prowse was my grandmother and I can well believe she would walk to Manuka… well into her seventies and early eighties s... View
Kay Pearce - 2 hours ago
Helen Kook thats just what Grandma (Mrs Prowse) would do!!... View
Helen Kook - 3 hours ago
Knowing my grandmother it would have been an easy walk back in those days View
Lifestyle 11

kenbehrens - 3 hours ago
Why has the ACT interpreted the National Plan as overriding jurisdictional sovereignty? The National Plan is an agreement of... View
gazmos - 4 hours ago
The casualty of the war on COVID has been the suffering of the families affected, and the truth to the rest of the community.... View
News 16