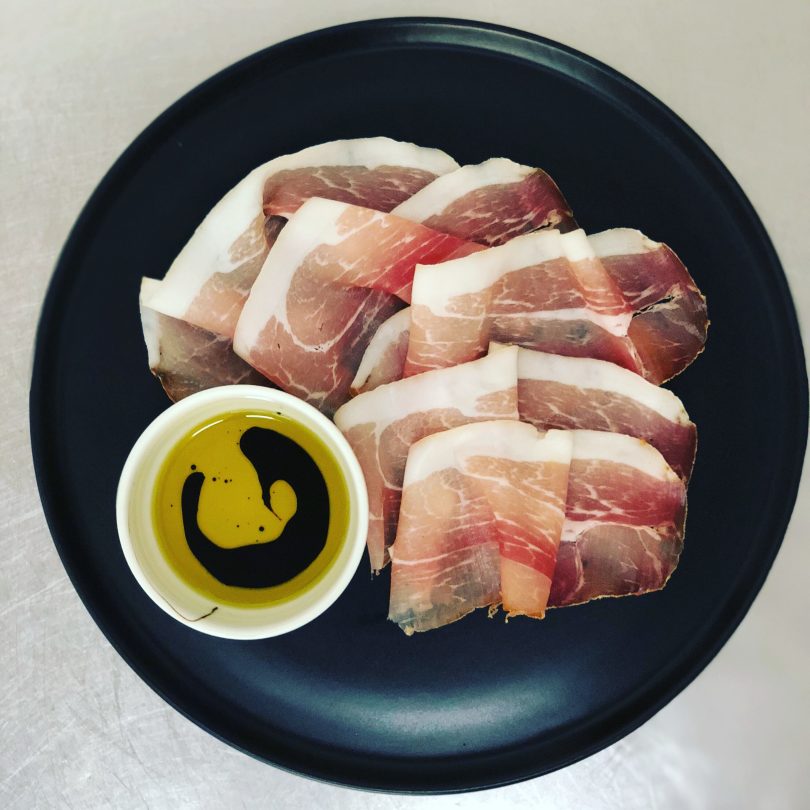 Balzanelli Smallgoods has made its mark with fine food that is distinctly Canberran. Photos: Supplied

Another Canberra food producer is bringing home the bacon, with Balzanelli Smallgoods collecting a swag of medals, including four gold at the recent Sydney Royal Fine Food Show.

The Fyshwick-based family company has been making its authentic Italian smallgoods since 1979, supplying delicatessens and supermarkets with its artisan products and selling them from its retail outlet in Queanbeyan, Four Bee Meats.

The company won gold for its bresaola, alpine prosciutto, coppa and flat pancetta; and silver for its truffle salami and belly spec, with the judges commenting on Balzanelli’s back-to-basics approach, authentic flavour and quality.

Marketing Manager Sandra Balzanelli, whose father Marco is Managing Director, said it was exciting to win against much bigger producers in the competition. 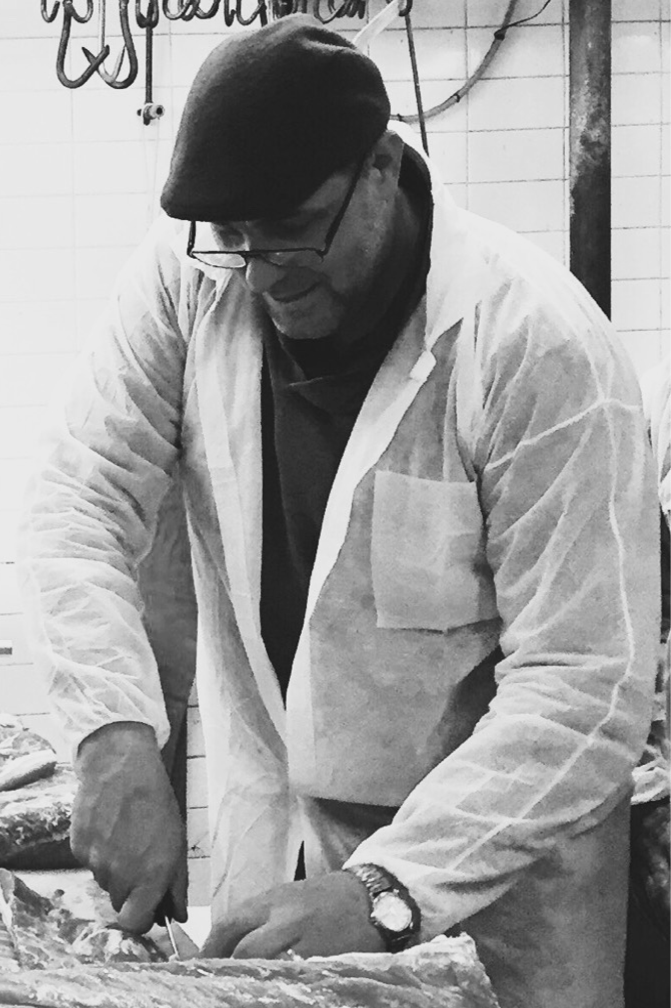 The medal winners were all part of a new range of pre-pack branded products that shouted out the Balzanelli name to people who had been buying their products for years without knowing it.

“We didn’t get a lot of recognition, people didn’t know we were a local brand,” she said.

So about 18 months ago the company began developing the new range, a decision that has now paid off handsomely.

It’s part of a commitment to quality, pure ingredients and the local area that has had its risks, but something Balzanelli has not been prepared to compromise.

“We have been 100 per cent Australian pork from the word go,” Ms Balzanelli said, despite the cost pressures that have seen other manufacturers resorting to imports.

“For us it is really critical that we support Australian farmers. You know with the drought going on if you don’t support them our country falls to its knees, the same with manufacturing in Australia.

“We’ve always made the stance, and it hasn’t been an easy stance at times, but we have noticed a big change in the appreciation from consumers recently.” 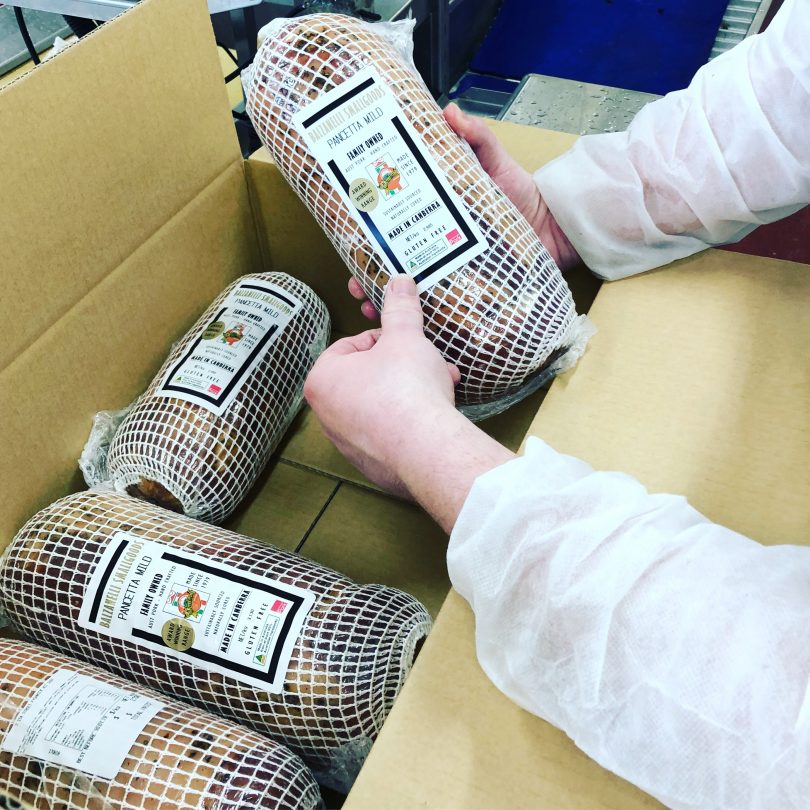 The new labelling laws have helped but travel-savvy consumers are also seeking locally sourced, quality products like the ones they may have encountered overseas.

“People are coming back and realising that you’re going to get good quality if you’re supporting and buying local,” Ms Balzanelli said.

Locally sourced within 300 kilometres of Canberra, sow stall free, gluten free and hand crafted, Balzenelli’s products are part of a growing and thriving food culture in the capital region that is being recognised in the major capitals.

“There has been a big change in consumers in Canberra wanting to support local producers, be it wine, produce, bakers or smallgoods like ourselves. Canberra actually supplies and makes a lot of award-winning products across the board,” she said.

Not resting on its laurels, Balzanelli is now developing new salamis, such as kaper and juniper berry salamis.

Other producers in the region to take home medals from the Show were Pialligo Estate Smokehouse with two silver and two bronze, Poacher’s Pantry (three bronze) and Eden Smokehouse (one bronze).