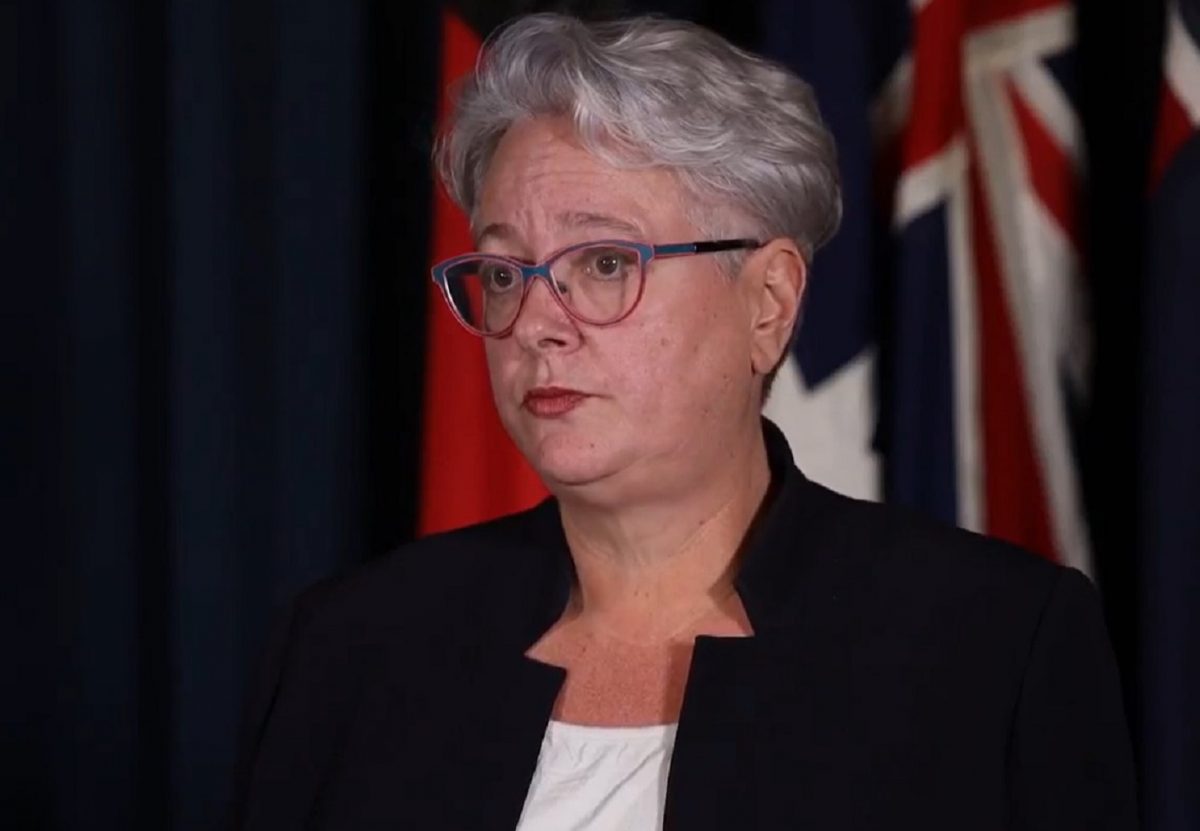 Penny Sharpe addressing reporters on revelations a second woman had been shortlisted for a top trade job which was ultimately secured by John Barilaro. Photo: Penny Sharpe MLC Facebook.

Documents released by the NSW Government have revealed a second woman was considered for a top trade job which was eventually secured by former Deputy Premier John Barilaro.

The papers were released as part of a Parliamentary Inquiry into how Mr Barilaro received the Senior Trade and Investment Commissioner (STIC) to the Americas posting earlier this year.

“[The papers] tell us, when it comes to the appointment of John Barilaro as the New York Senior Trade and Investment Commissioner, that there was yet another well-qualified woman who got to the shortlist of this process, in some cases was considered to be the preferred candidate, who did not end up getting the job,” she said.

“[They also show] perhaps Ms Brown wasn’t as fulsome as she could have been before the committee last week in explaining more of the process that led to John Barilaro’s appointment.”

Ms Brown told the committee the posting had previously been offered to Jenny West, and that Mr Barilaro’s office at the time had inquired about how the job could be altered to become a “ministerial appointment”.

This ultimately led to Ms West’s verbal offer being withdrawn.

The documents also reportedly show the resume for the China commissioner was sent to Mr Ayres’ advisor.

“The idea this was an ‘arms length’ appointment where ministers had minimal input is blatantly false,” Ms Sharpe said.

“It’s clear [Ms] Brown and Minister Ayres were corresponding regularly both by paper and obviously face to face in relation to these appointments.

“It’s clear the government changed the process to suit themselves along the way … I think we’re getting to the point where there has been serious misleading of Parliament.”

She also suggested the government had only released some of the relevant information to the committee.

“It is clear from the documents provided that there are many, many more to come, and we cannot be sure of the entire picture of this appointment until these are provided,” Ms Sharpe said.

Former Investment NSW deputy secretary of trade and international Jenny West has been called to front the Parliamentary Inquiry on Monday, 11 July.

Committee chair Cate Faehrmann said the members were “pleased” Ms West had accepted their invitation to answer questions on the recruitment process and circumstances that led to Mr Barilaro’s appointment.

“It has been well publicised that Ms West was the first preferred candidate for the role of Senior Trade and Investment Commissioner to the Americas,” she said.

She also said while Mr Barilaro had resigned from the role, the committee would continue to investigate the matter.

“The committee is focused on finding out more about the flawed process that got him the role in the first place,” Ms Faehrmann said.

Both Mr Ayres and NSW Premier Dominic Perrottet have previously told the NSW Parliament no suitable candidate had been identified for Mr Barilaro’s job after the first recruitment for the role.

Region contacted both Mr Ayres and the Premier’s offices for comment.