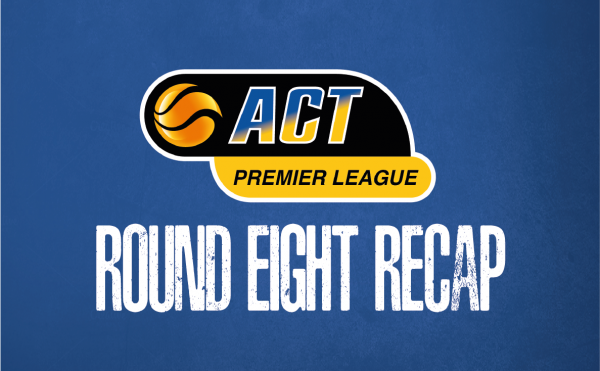 Two entertaining Match of the Round clashes in Basketball ACT’s Premier 1 competition made for an action packed Round 8 last Wednesday. Now moving into Round 9, one team continues undefeated, two teams remain clear at the top of the table, and one team stays winless as the Premier League standings begin to stretch out.

Vikings vs Dodgers
Vikings’ guard, Katie Williams, made her intentions clear Wednesday night as she nailed a three pointer with the first possession of the game. Her squad were up against an undefeated, back-to-back title winning Dodgers outfit, but Tuggeranong wasn’t intimidated.

Spread scoring was the story of the first quarter and it was clear the game would go down to the line as each team traded baskets. Vikings’ Julie Ticehurst put up a three to close out an extremely tight opening period 14-12. In the second, hot shooting kept the scoreline within a single possession. Dodgers’ Katie Rose got going in the second, but Vikings responded with another Ticehurst triple.

The underdog Tuggeranong side put on a 7-0 run coming out of a timeout, placing them up six midway through the second. However, Dodgers and Caps Academy veteran, Sarah McAppion, led the way, starting a late comeback which ended with a Katie Rose basket within the last 10 seconds. Dodgers went into the half trailing by two, 30-28.

Regardless of the half time break, neither team could take hold of the game as the scores remained close. The extremely entertaining third quarter, which included seven lead changes and multiple three point field goals, continued down the ever present story of the first half.

Dodgers Kristen Langhorn came into her own, scoring eight points, and cementing their lead at three quarter time, 43-46. Vikings, came out of the break hot as they knocked down the first six points of the final term with Ticehurst continuing to set the standard, scoring with the first touch of the ball.

Going down the stretch, the scores remained within three points. Dodgers’ McAppion continued to impress as she put her team in front with one minute remaining. However, a swift and clutch reply from Caps Academy teammate, Abbie Davis, saw Vikings take the lead going into the final 30 seconds of the game.

With Dodgers coming up empty handed in an attempt to retake the lead, they were forced to foul Vikings’ Ashleigh Evans, who converted both free throws, handing Dodgers their first defeat of the season. Final score 61-58 Vikings, who head to the top of the Women’s Premier 1 table. 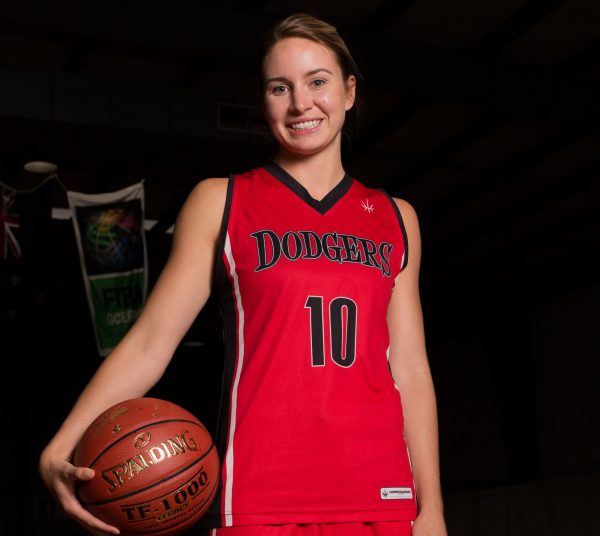 Wests vs Vikings
Vikings came out red hot against Wests in a 2016 Grand Final rematch, getting the quarter off to a 9-2 run. Gunners guard, James Toohey, put on a show scoring six points within the first two minutes. Wests strung a couple of unanswered buckets in reply, but ultimately Vikings were too strong in the quarter, getting out to a 13-point lead.

Wests forward, Broderick Doran, came out of the break with clear intentions, scoring seven points to get his team back within six. However, Vikings were able to weather the charge and steadied the ship as Toohey scored at the siren, putting Vikings up 39-29 at half time.

Coming out of the half time interval, Wests seemed to get the jump on the back of five quick points from big man, Ben Allen. As the third quarter progressed, the game began to tighten. Despite Doran and Allen combining for 16 points in the quarter, Vikings were able to contest with every offensive possession as Evan Fowler nailed a three and followed it up with another two point field goal. Despite Wests’ Chris Hartmann scoring on the buzzer, Vikings late rally was enough to see a six point lead going into the final term.

Things seemed to slow down in the fourth as both teams struggled to convert on the offensive end. Vikings’ Shaun Mills made a quick five points within a minute, taking their lead to 11 [54-65] midway through the quarter. Coming out of a late timeout, Wests made a last ditch effort to tackle Vikings lead, hitting two unanswered buckets. However, the damage had been done early as Glenn Morison replied with two unanswered buckets of his own. For what was a mostly tight and physical contest, Vikings were able to maintain their focus, going on to win by 15 points [62-77] and remain the only undefeated side in the competition. 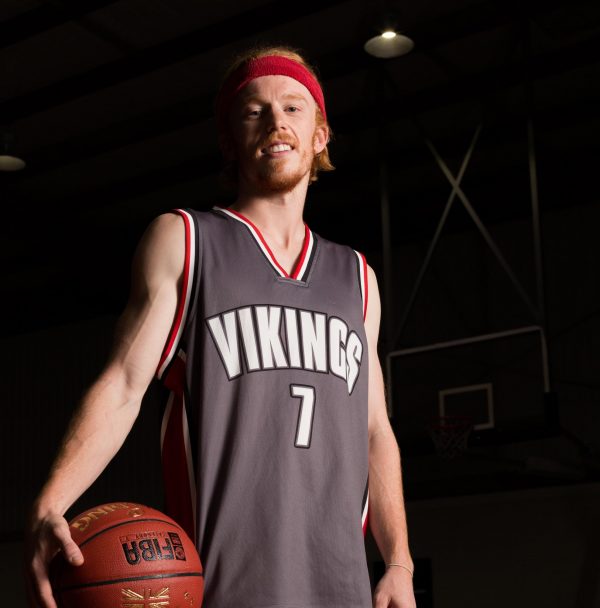 Megan Baker-Goldsmith - 14 minutes ago
Henry Kivimaki you’re expressing yourself pretty freely right now, so you’ve confirmed my view that extra religious “fr... View
Stephen Matthews - 2 hours ago
Megan Baker-Goldsmith I ask this question and never get an answer back, so my belief is that they want to be able to vilify w... View
John Edwards - 6 hours ago
Andrew Duncan So would I. Why do we have to put up with laws based on religion in this day and age?... View
Food & Wine 6

Denise Bourke - 7 hours ago
sustainable usage means that we buy tech 2nd hand .... when an EU city updates their fleet then buy it ... don't make ACT a c... View
News 6

Joanna K Heathen - 9 hours ago
Poor wildlife and habitat. :-( View
Greg Batten - 13 hours ago
Huge thankyou to those who stood in harm’s way to protect us from this beast. View
Rob Sanders - 14 hours ago
That's brilliant news View
Opinion 6

Mark Goodman - 10 hours ago
Budget deficits are not a terrible thing, particularly when interest rates are so low and the economy is struggling. The prob... View
News 6

Donna Perry - 11 hours ago
Chelle Anne Hood. Can you repost on our page? View
Margreet Philp - 14 hours ago
Ann Kennedy come to the ‘Berra! View
Evonne Deans - 14 hours ago
This is brilliant View
Entertainment 3

Michelle Gr - 14 hours ago
Keo my experience has been it’s inclusive of uni students mainly who are really drunk. Added to this the venue has poor sou... View
News 112

Holly Lockyer Bryant - 14 hours ago
They need to do a card collection so all the plastic isn't thrown out! View
Sport 1

Margaret Freemantle - 15 hours ago
It is a basic mistake at that stage of the game not to kick your way out of the danger zone. View
show more show less
*Results are based on activity within last 7 days

A landslide has closed the Snowy Mountains Highway, west of Bemboka, in both directions. Live Traffic NSW reported the incident...
News 99

A new ticketing system is on the way for Canberra's public transport network, promising passengers a variety of flexible payment...
News 99

@The_RiotACT @The_RiotACT
When it comes to #Goulburn icons, Kevin Thompson’s 1973 Kombi is right up there with the post office clock and the Big Merino https://t.co/YmfcYGFtOA (17 minutes ago)

@The_RiotACT @The_RiotACT
How would you like to learn cheesemaking? At Tilba Real Dairy on the South Coast, now you can https://t.co/WcYQb26QXy (10 hours ago)

@The_RiotACT @The_RiotACT
Three Mills Bakery is going against the grain of food wastage by rediscovering the joys of breadmaking, particularly with the rise & rise of sourdough https://t.co/t3GI0loy0U (11 hours ago)