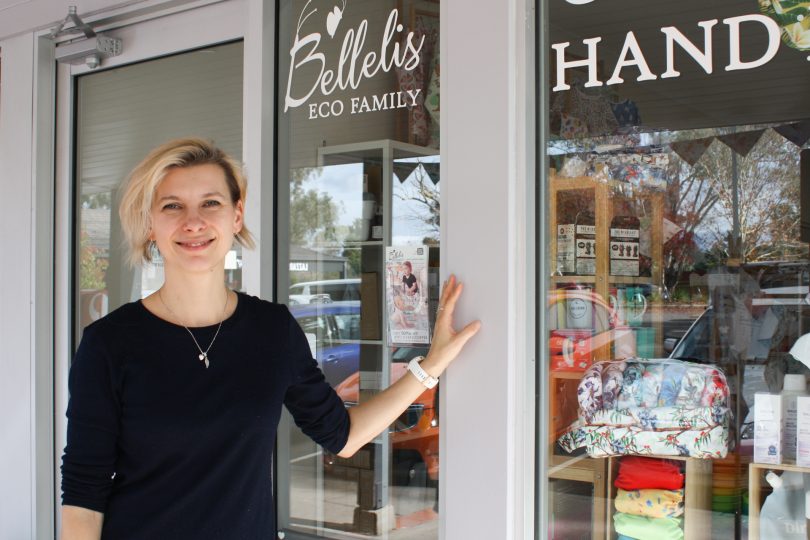 Olga Imbriano’s new Bellelis store in Kambah is ready to welcome you in. Photo: Lottie Twyford.

As eco-friendly becomes the new normal, one Kambah business is proving that having a baby doesn’t mean having to waste.

After all, it’s a well-known fact that babies are, well, pretty messy and make a lot of waste.

In operation since 2018 as an online store, Bellelis is the brainchild of owner Olga Imbriano who started the store for the simplest of reasons.

“When I had a baby in Australia, I looked for these ‘bodysuit extenders’ that I used with my first child, but I just couldn’t find them anywhere,” Mrs Imbriano explained.

With a newfound love of sewing, she decided to make them herself, and soon friends and family were interested too.

The idea is simple – it’s a piece of fabric that connects both ends together via the poppers and means the bodysuit fits better when babies start growing lengthways before anywhere else. 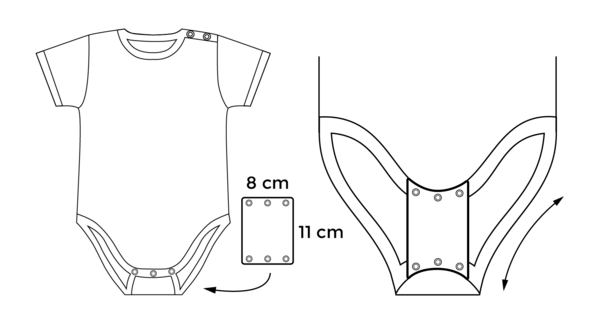 Mrs Imbriano had always dreamed of owning her own business, but never knew what it would be. Once she started sewing these extenders, it presented itself as the perfect opportunity.

With a decade of experience in finance back at home in the Czech Republic, moving to Australia for her husband also presented as a chance to change careers.

Yet, what she could never have imagined was how the business did begin.

READ ALSO: Hollywood star Matt Damon poses for a selfie with fan during visit to Jugiong

Mrs Imbriano’s dad had come over to visit the family after the birth of their second daughter when he was severely injured in a car accident.

She found herself spending the months that followed at the hospital caring and translating for her father, who spoke little English, all the while caring for a new baby at home.

In terms of the extenders themselves, she says there were a couple of false starts.

“I guess I was a little naive as I thought it would be a simple case of walking into Spotlight and picking up some buttons.

“Unfortunately, it wasn’t quite this simple, but we now have extenders that are compatible with most major Australian brands,” she said. 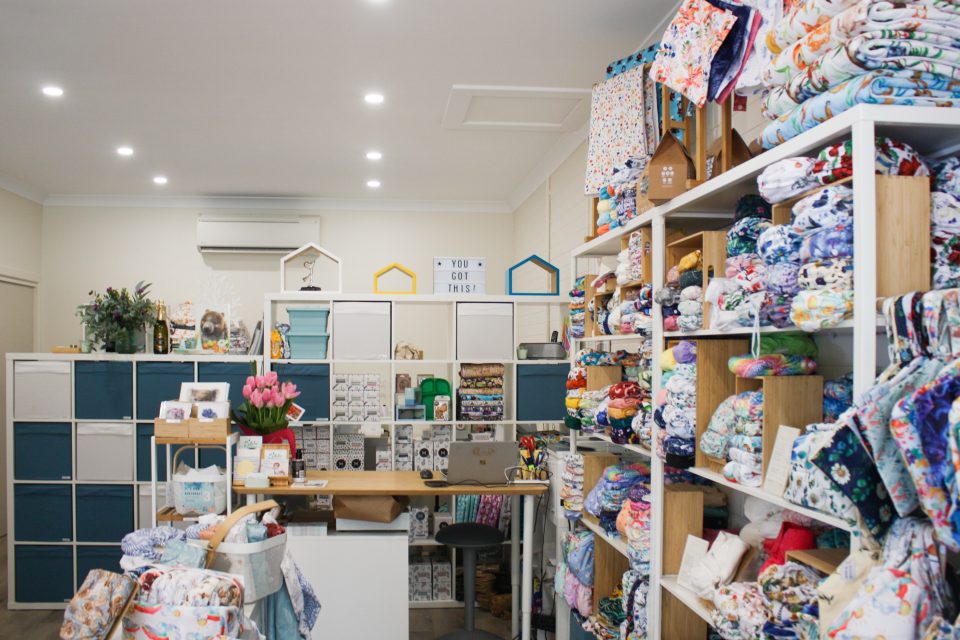 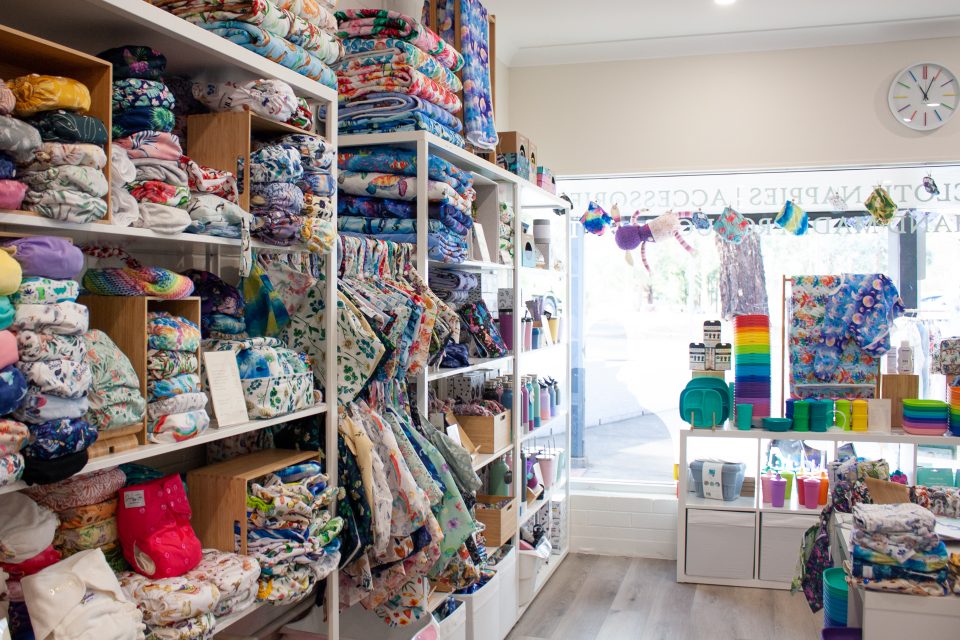 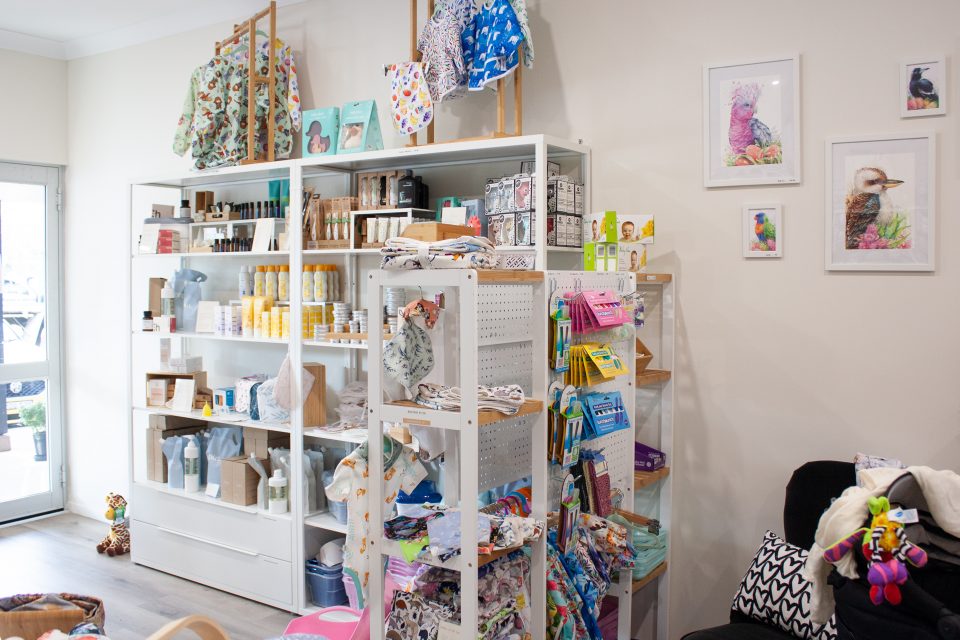 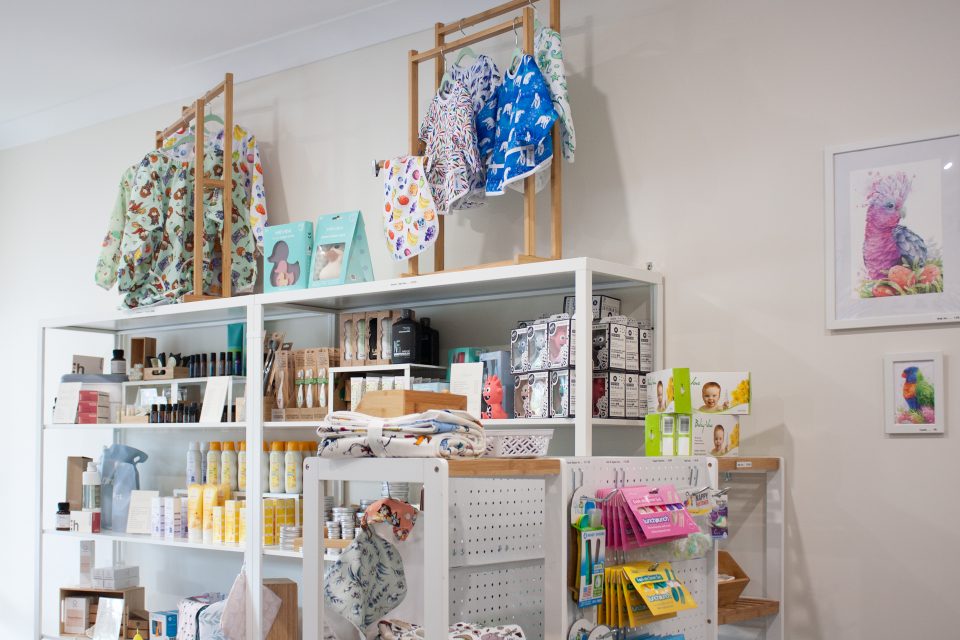 Bellelis recently launched its first physical store in Kambah – another longtime dream of hers, and so far, the team say business has been steady.

The extenders are still all made in the little room out the back of the store, but these days Mrs Imbriano has one more pair of hands helping her with the sewing.

They sell more than bodysuit extenders, of course.

Another big-ticket item is cloth nappies.

Last year, when COVID-19 cleared disposable nappies from the shelves, many customers were forced to take the plunge and buy the cloth nappies they’d previously been hesitant to try.

“It was a case of people having no choice but to try cloth nappies and they saw it wasn’t as scary as they thought,” Mrs Imbriano said. 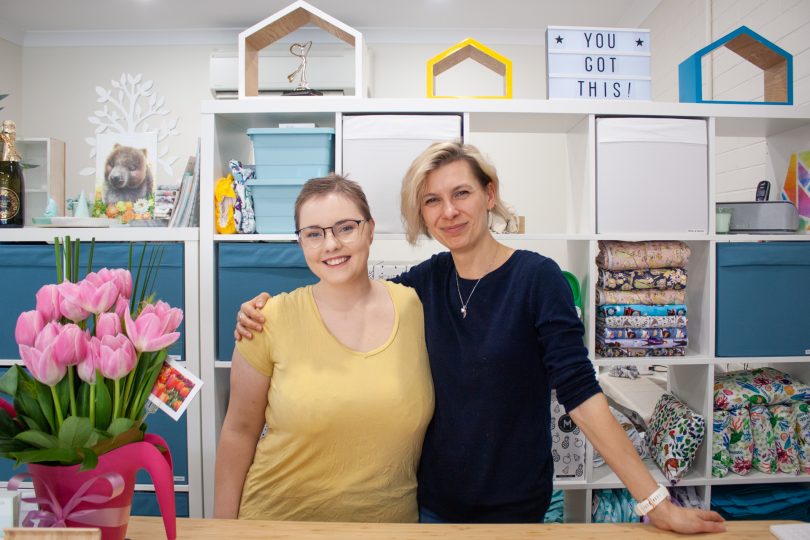 Morgan Thomas, who works part-time in the store, is Bellelis’ cloth nappy guru.

She and Mrs Imbriano run regular workshops that teach people how to use, clean and fit the cloth nappies as they are different to disposable ones.

Switching to reusable is worthwhile, she explained, as 6 per cent of waste in ACT landfills comes from nappies alone.

“Then, when you take into consideration all of the other waste babies produce – like wipes and whatnot, the list keeps growing.

“We are also keen to remind expecting or new mums and dads that they don’t have to only use cloth – there’s also the opportunity to mix,” Mrs Imbriano said.

After all, it’s all about little changes.

Now they do have a physical store, the pair say they’ve been able to really expand their product line, making it a great place not only for mums and dads to shop for their bubs, but also for friends and family to come in and see their range.

You can see their range online, or visit them at their Kambah store at Shop 5b/3 Carleton Street, Kambah.

Dani Stephens this is the one I frequent weekly 😂❤️

Amelia Osman this kind of beautiful shop is exactly what Canberra needed!

Deseire Lopez have you seen this shop?

Phillipa Leggo thank you. Can't wait to see you in the shop to show you around 😊

Vickie Quinn that’s the store I was telling you about

Sarah Quinn looks good I'll have to check it out!

Rachel that ‘snappy’ is an amazing idea!!

Ashley McBride the bodysuit extenders? Yep they’re amazing we used with Aldo! Allowed us to skip every second size of bodysuit 👌🏻👌🏻

Cloth nappies are “scary and messy”? 🤣🤣

They were around long before the so called “disposable” ones. Thank goodness someone has rediscovered them.

Crazy how such a basic necessity has changed in a few decades isn’t it!

The only reason we switched to landfill nappies was the struggle to keep line dried reusables from stinking of woodsmoke in winter.

Gosh my kids had nothing else but cloth nappies. They survived.

Monica Tiffen - 1 hour ago
They are so lovely, Butsome really worry me Swaying in the wind over Homes! View
Rowena May - 1 hour ago
and when people express their concerns the govt says no you can’t cut them down….. but hmmm the Northbourne Ave ones were... View
Greg Myat - 1 hour ago
Still it would be a shame to cut everything down due to a once in how many years event. View
Community 47

phydeaux - 5 hours ago
"Trade-offs"? As the great Marge Simpson would say, 'Well, duh'. I already covered an example of that in relation to distanci... View
JC - 6 hours ago
They don’t need a QR code system to track you. Anyone who carry’s a mobile phone, even a dumb one can be tracked if the g... View
TheSilver - 8 hours ago
Couple of short points as I don't have much time today: Science publications are currently going through a replication crisis... View
Food & Wine 39