All around legend, Murrumbateman local, Brumbies and Wallabies Rugby guru, and genuinely nice guy Stephen Larkham has been awarded one of the highest honors available to an Australian sportsperson by being inducted into the Sport Australia Hall of Fame for his contribution to rugby union.

Continuing his contribution to the game Bernie is current University of Canberra Brumbies Back’s Coach & is already makin his mark on the current Brumbies squad.

I cried for a week when he retired.

I wasn’t far off it either.

Stephan Larkham is one of the greatest Rugby players I’ve ever witnessed. His ability to create holes in the defense & make players miss. His passing game. Nobody has ever made the fly half position look so easy.

It never gets old…

I cried for a week when he retired.

Good to see I’m not the only bromancer of Bernie. 🙂 I’d suggest that QC isn’t fit to drink the sweat from Bernie’s boots after a run, but that would be in poor taste.

I’m sorry, but this post has been on here for two days with zero comments?! Bernie is indeed a legend and a great guy. Sure I have an uber man crush on him, but watching his youtube highlights still makes me pine for the good ol’ days, especially after watching Quade “Herp Derp” Cooper.

Having him return to the ANU to complete another Engineering unit whenever he was injured was great, aside from the fact that he was injured! 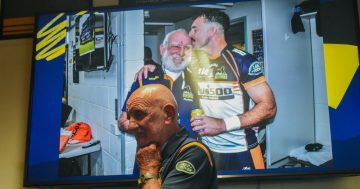 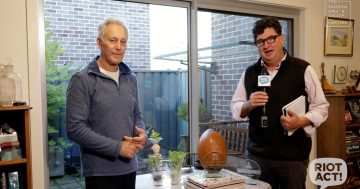