Best of Canberra Taste Off: Hummus 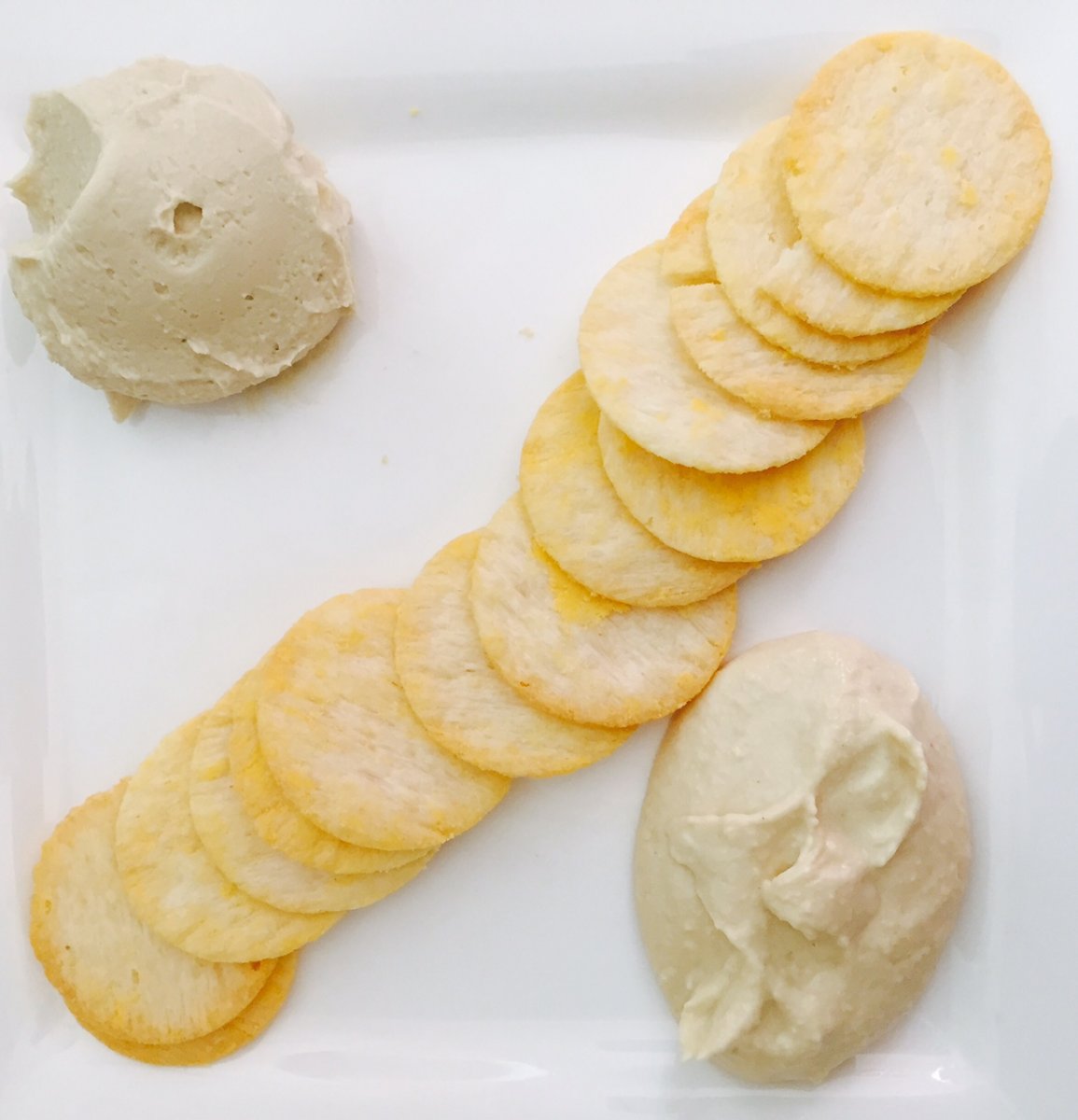 To my surprise … and apart from the guy who likened hummus to floor tile glue, the search for Canberra’s best hummus created much discussion.

The three most talked about places were Turkish Pide House, Fig & Olive in Chisholm and an unknown business who it sounds like sells Turkish sweets and dips at both the Farmers Market at Epic on Saturday’s, and the Old Bus Depot Market in Kingston on Sunday’s. Both markets are currently closed over the Christmas period so I can’t confirm who this mysterious stallholder is however; I have a feeling that it might be Charisma Foods. I’ll definitely be checking them out when the markets re-open.

So I ventured out to Turkish Pide House in Woden and Fig & Olive in Chisholm and picked up take-away hummus from both, each at the cost of $5.50. I took both hummuses home and sat down with a big packet of Sakata’s.

The Fig & Olive hummus was ok, I mean it’s hummus right?! … I have to admit, I never really thought about there being a major difference between hummus brands until this moment. As soon as I switched to the Turkish Pide hummus it was clear Turkish Pide was the winner. The hummus was deliciously salty, smooth and creamy in comparison to a very garlicky, gritty, dense and almost paste like hummus from Fig & Olive.

I know where I’ll be buying my hummus from now on.

One Response to Best of Canberra Taste Off: Hummus
Filter
Showing only Website comments

Well thank you for that. I regret I don’t get into Woden all that often, but will call into Turkish Pide for a fix when next in the joint.
Fig n Olive is much closer so will be giving that a whirl.

Christopher Cuba Rabanal - 15 minutes ago
How about a six day week with every Sunday shut. Where everything is closed in a Sunday Sunday is family Day ?... View
Valerie Foster - 3 hours ago
Been talking about that for years. View
Property 18

Sue Guo - 18 minutes ago
Lachlan Johnstone Hmmmm, so what’s the definition of a “fallen hammer” from an auction? If a fallen hammer doesn’t co... View
Community 44

Sue Sutton - 34 minutes ago
What about Forrest? Surely the median is higher than Griffith etc. Maybe there are not enough properties sold🤔... View
Alex Troy Elsworth Adkins - 1 hour ago
Mat Kenna but Griffith, Red Hill, Yarralumla etc... weren't until now? Yeah right... View
Mat Kenna - 1 hour ago
Alex Troy Elsworth Adkins it's the new additions, Forrest has been in the list for about 10 years. View
News 9

Colin Ball - 37 minutes ago
Why do they get game consoles?it's meant to be a place for punishment not reward, what about the people who have worked hard,... View
Steve Whan - 2 hours ago
Just curious, do instigators of damage have their terms effected due to vandalism caused? I dont know. Just curious. View
Inca Serrated - 3 hours ago
Not a single mention of the conditions that prisoners are living in... Lockdowns, no family contact for over a year, no meani... View
Community 37

Contactless drive-thru supermarket with the delicious market fare we miss

The best videographers in Canberra