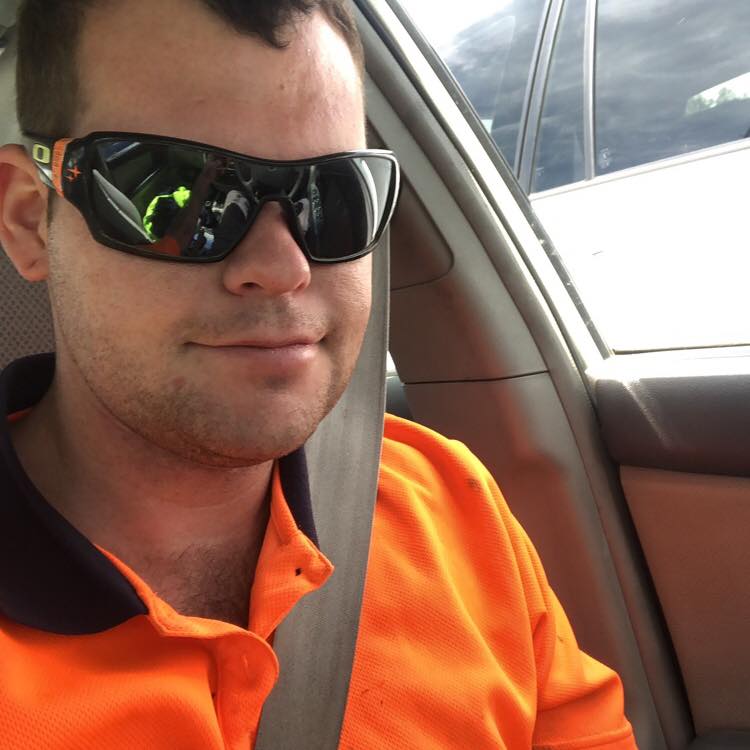 Simon David Hope, 26, has been jailed for at least nine months after raping a woman in south Canberra. Photo: Facebook.

A supporter of a window production worker cried loudly in court after he was jailed for raping a friend while she slept.

On Thursday (27 May), Justice John Burns told the ACT Supreme Court the young victim had gone to a birthday party in January 2019 where she had a few drinks, spent her time with friends, and spoke to Simon David Hope.

Agreed court documents show that around midnight she asked the birthday host if she could stay the night in a spare room, to which he agreed.

She went to the room and fell asleep in a single bed, still wearing all her clothes.

Justice Burns said while she was sleeping, Hope went into the room and raped her.

The woman originally thought she had been dreaming that someone had been touching her, but the next day after she woke up, she saw her clothes had been removed.

Hope later sent her a message asking her if she wanted him to order pizza. She replied by saying she had a memory of him assaulting her that night.

“I’m sick to my stomach now knowing that, I truly am sorry,” he said in subsequent messages.

In later messages to the woman, he blamed his actions on inhaling the drug ‘ice’ second-hand from a friend who had smoked it at the party.

“Ice doesn’t make you do what you did to me,” the woman replied.

Police interviewed Hope in March 2019. He said he had consumed 12 to 14 cans of Jack Daniel’s pre-mix bourbon on the night of the birthday party.

He claimed he had gone to sleep in the bedroom first and the woman had come in after him. But from then, he had no recollection of what else happened in the room, and the next thing he remembered was waking up there in the morning.

Justice Burns said he also told police he apologised to the woman in the messages between the two because he thought that was what she wanted to hear.

Hope, 26, faced spending 12 years in jail after he pleaded guilty to charges of sexual intercourse without consent and committing an act of indecency without consent prior to being sentenced on Thursday (27 May).

The woman had given a victim impact statement about the impact the sexual assault had on her, including her family life, her relationship with her partner, and how she had to give up her job.

“There can be little doubt the victim will feel the consequences of your offending for the foreseeable future,” he told Hope.

“You must have been aware when you entered the spare bedroom that it was occupied by the victim.”

Justice Burns said while Hope agreed to the facts of the case, he said intoxication was the primary factor behind his behaviour.

He said Hope’s parents described him as a “quiet and shy person” who had trouble socialising as he did not read social cues effectively.

Hope’s sister had also said her brother lost many friends over his crimes and had become sad and alone.

But Justice Burns said Hope’s moral culpability was high and was not reduced by using alcohol, nor was this a case involving the “misreading of any social cues”.

After saying a period in jail was “inevitable”, he sentenced him to 19 months’ jail with a nine-month non-parole period.

Hope was taken into custody on Thursday. He can be released in February 2022.

As corrective services officers approached him and he stood following his sentencing, one of his supporters broke down in tears in the court’s gallery.

The justice system is a joke. Does anyone realize how terrifying that might sound for the victim that “He can be released in February 2022”. The world is truly so backwards.

The very reason I made the decision to not go ahead with a historical gang rape that occurred too me, although the police had found a lot of evidence supporting my case, I can’t for the life of me bring myself to go through a child for the defendants to basically be told they were naughty.
The justice system is a broken thing and unfortunately this victim will always have trouble regarding her mental well-being in the future.
It’s a joke, these crimes deserve the maximum jail time, I feel so her for this victim

Sigh…. the system is broken

Yes, you’ve got to wonder about this and how such a serious crime now results in such lenient sentencing.