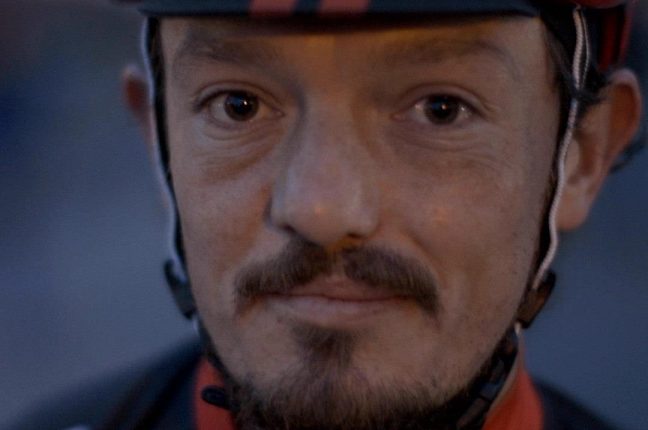 A Canberra coroner has found that a cyclist’s death after being struck by a car on the Monaro Highway in 2017 was avoidable but was unable to recommend the driver be charged because of a lack of evidence due to the police disposing of his clothing.

Elite British cyclist Michael Hall was competing in the ultra-endurance Indian Pacific Wheel Race, and on 31 March 2017 was near the intersection of Williamsdale Road and the Monaro Highway when he was struck by a car driven by Shegu Bobb at 6:20 am, dying instantly.

Race fans were following Mr Hall’s progress remotely as he was equipped with a GPS tracker and knew immediately something was wrong.

Coroner Bernadette Boss found Mr Hall, who has been described as meticulous and careful, died as a result of head and other injuries, and made six recommendations which she hoped would enhance rider safety.

But she criticised police for the loss of his clothing which could have shown how visible he was on that fateful morning.

“It is unfortunate that the investigation into his death has been to some degree compromised by the loss of significant evidence in the form of his clothing and bicycle accoutrements,” she said.

She said Mr Hall was wearing dark coloured clothing but “regrettably, the clothing worn by Mr Hall was not dealt with in accordance with normal police procedures for retaining evidence. As a result, it has not been possible to test the clothing for reflective properties and therefore to conduct completely accurate reconstructions.”

The Coroner found that while she could not recommend a charge of negligent driving to the Director of Public Prosecutions, she would refer it to the Australian Federal Police to see if a traffic offence had been committed.

“Mr Hall’s death was avoidable, which makes the loss of this remarkable person even more keenly felt by his family and the community,” she said.

The Coroner recommended that the ACT Government should conduct a review of the intersection of the Monaro Highway and Williamsdale Road to evaluate its risk to road users, and define clearly what constitutes a major intersection on the ACT portion of the Highway.

The Government should also examine the speed limits for major intersections along the Highway.

The Coroner made three recommendations relating to enhancing cycle visibility:

The Australian Standard for bicycle lighting should be either updated or replaced; and the ACT Government should change the law so bikes had to have a flashing rear light when riding a bicycle in low light conditions on rural roads; and to clarify whether bicycles required a wholly separate reflector to be on the back of the bicycle, or whether the reflector may be integrated into the rear light.

She said all jurisdictions should consider these changes to the Australian Road Rules.

“This is not about one intersection – we need a systemic approach. Three people have died cycling on country roads in our region in the past eighteen months – the most recent less than three weeks ago,” he said.

Mr Ross called on the ACT Government to conduct a cycling safety audit of all rural roads and highways in the ACT and surrounding region by the end of the year.

“It must work with neighbouring jurisdictions to identify risks and key locations where improvements are needed, and deliver a systemic approach to fixing the safety issues that are identified. We need to take action now to improve road safety and prevent more deaths on rural roads,” he said.

Mr Ross also called Police Minister Mick Gentleman to assure the public that if someone is killed in a road crash, the investigation is thorough and left no stone unturned.

He said the roads were there to be shared.

“As drivers we need to be aware that we may see people on bikes on any road at any time. We need to pay attention to what we are doing and drive to the conditions. This means driving at a speed at
which we can see and safely respond to people on bikes,” Mr Ross said.

So an incompetent driver mows down a professional well prepared athlete competing in an international endurance event and our local constabulary thought their bumbling investigation would cut it? One has to wonder about how the memory of a garden variety local would be respected should they be mown down?

Does anyone notice that there remains an implied right to get behind the wheel in all the commentary and actions? I note that in the two incidents in NSW referred to by Pedal Power’s Ian Ross, both drivers were taken to hospital for compulsory drug and alcohol testing, have been charged with serious offences and had their licences suspended until the court determines the penalty. Who does this approach not apply if the event occurs in the ACT? Why isn’t Pedal Power pushing hard for such an approach to be mandated inside the ACT?

HiddenDragon - 9 hours ago
"The ACT needs home-grown solutions that fit with its culture and the aspirations of its people and origins, not imported min... View
Gabriel Spacca - 11 hours ago
Well I feel sorry for those who are coming here to escape the anthills of Sydney and Melbourne. The current government is try... View
Marc Edwards - 13 hours ago
Ian Bushbell is about 50+ years to late View
News 11

HiddenDragon - 10 hours ago
In light of this - https://the-riotact.com/act-government-systems-not-rated-to-receive-security-classified-information/430823... View
Acton - 14 hours ago
You hope. I admire your trust in the efficiency and perpetual good will of an indulgent government. However, you have forgott... View
Acton - 14 hours ago
“Those who would give up essential liberty to purchase a little temporary safety, deserve neither liberty nor safety.” Be... View
What's On 5

Roslyn Russell - 14 hours ago
My little granddaughters will adore it! View
News 4

chewy14 - 16 hours ago
Yeah these claims about human rights are ridiculous. Whilst I support voluntary euthanasia, our elected government does not.... View
Acton - 18 hours ago
I agree with our need for easy access to voluntary euthanasia as decided by the individual and not vetoed by anti-choice reli... View
Property 2

@The_RiotACT @The_RiotACT
Meet Linus, a cat who has had a tough start to life and is at @rspcaact waiting for a special owner who has plenty of time & patience to help him settle into his forever home https://t.co/o8YjOFw68q (11 hours ago)

@The_RiotACT @The_RiotACT
Here’s your chance to snap up a delightful, established home in a sought-after area with views galore and close to schools, shops & childcare https://t.co/ers2rZj1x7 (12 hours ago)