The last time the Brumbies had success over a New Zealand team in a Super Rugby finals game, Steve Larkham was the coach and David Pocock was a key player.

The 2014 Brumbies team, which accounted for the Chiefs 32-30 in the qualifying final at Canberra Stadium on a cool Saturday night with White scoring the opening try in the sixth minute, lost the following weekend to the eventual champions that year, the Waratahs.

Throughout their history, the Brumbies have only won four times against New Zealand teams in Super Rugby finals.

In 1997 the Brumbies beat the Hurricanes 33-20, and in 2004 the Brumbies accounted for the Chiefs before defeating the Crusaders in the grand final. 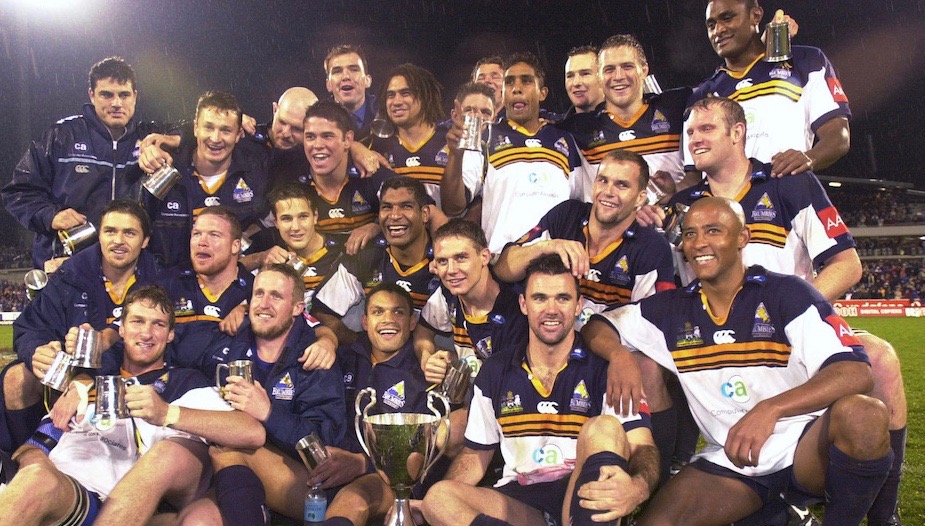 The Brumbies winning side of 2004 at Canberra Stadium. Photo: Brumbies Rugby.

This brings us back to the last time the Brumbies had success over a New Zealand side in a finals game. It was 2014 and White was the halfback.

He has emerged as potentially the key player in the Brumbies’ line-up against the Hurricanes given his big-game experience against Kiwi teams. So too is James Slipper after a lengthy stint at the Queensland Reds.

Mogg played in that 2014 team but is not in contention for selection this weekend. 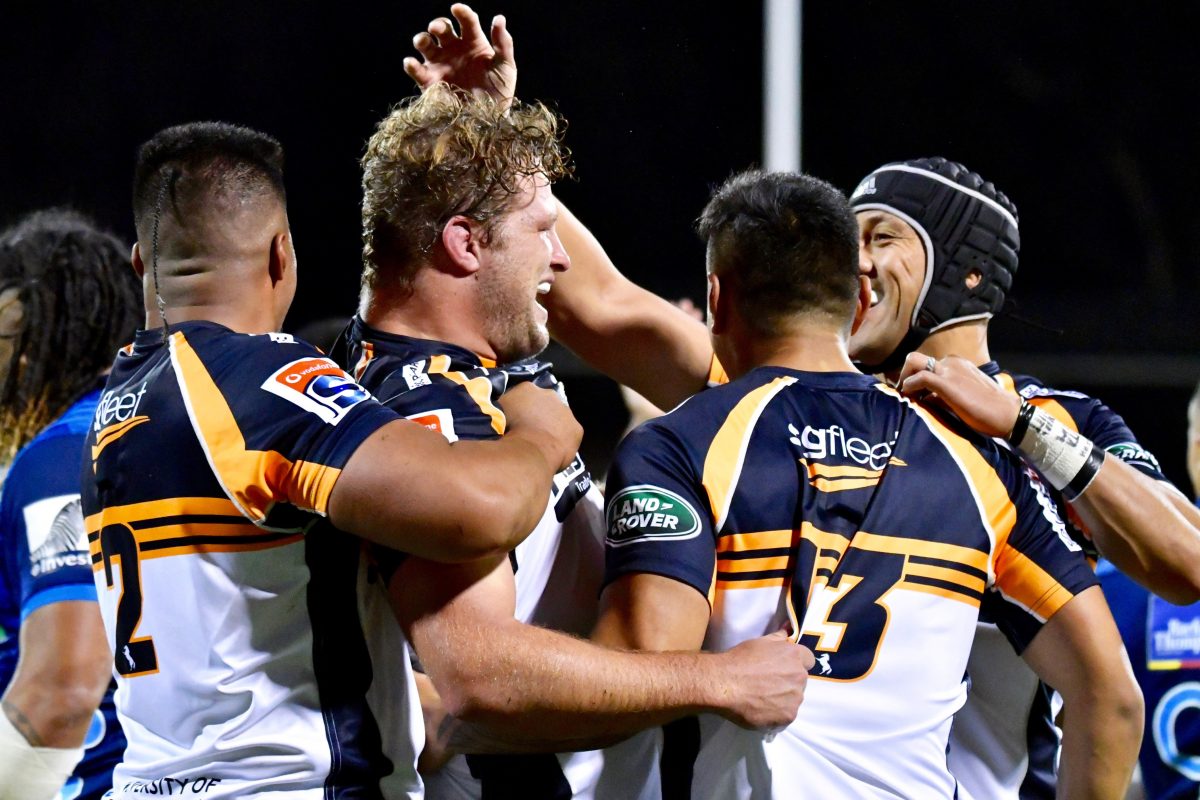 If the Brumbies are to win, James Slipper needs to fire. Photo: Brumbies Rugby.

While the Brumbies will have gained confidence from their 42-25 victory over the Hurricanes at Canberra Stadium earlier this season, New Zealand teams are a totally different proposition come finals.

The injury toll is of concern to the Brumbies, including Rob Valentini, who was the competition’s most destructive backrower before a hamstring strain. 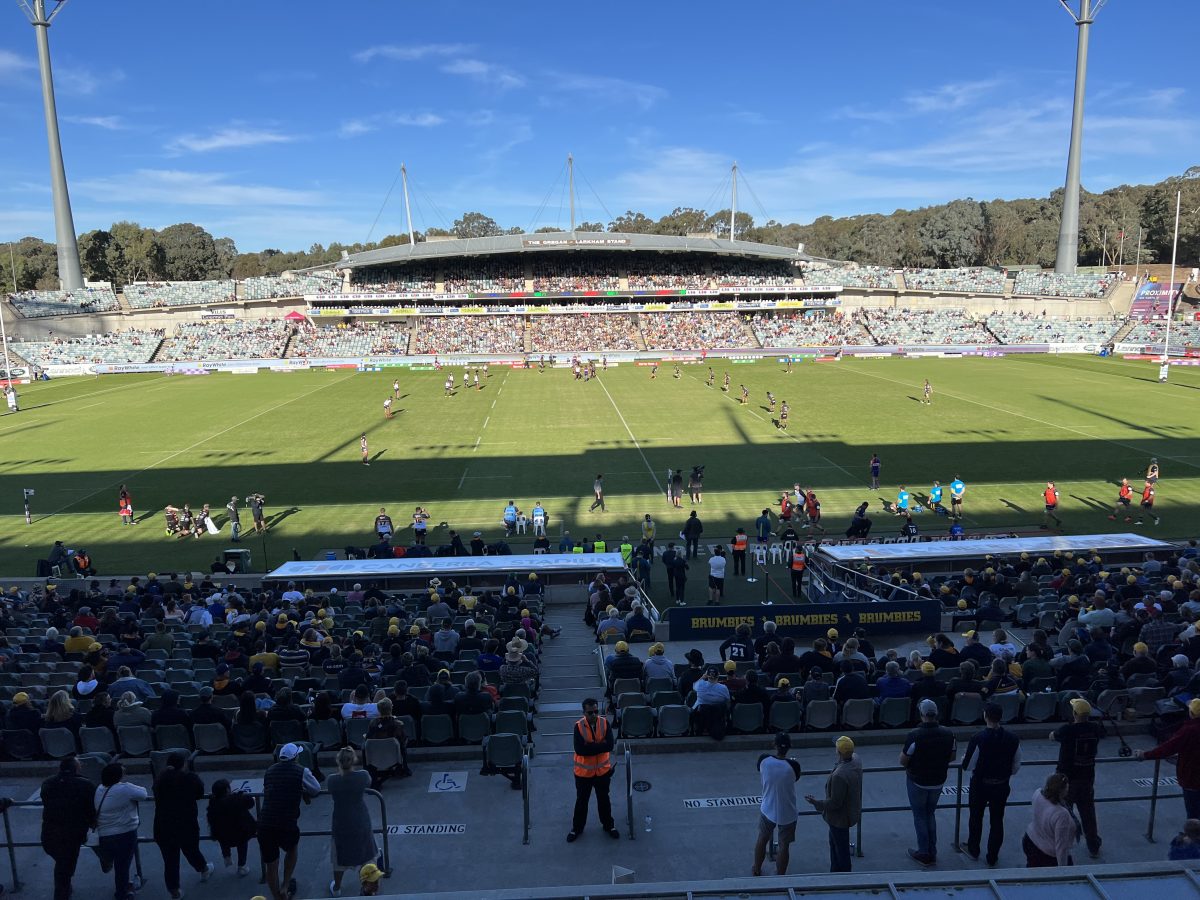 Brumbies versus the Hurricanes at Canberra Stadium in April 2022, where the Brumbies won, 42-25. Photo: Tim Gavel.

There is also the worrying drop in form in the wake of Valentini’s injury in the win over the Chiefs with losses to the Crusaders, the Blues and Moana Pasifika. The loss to Pasifika is the most alarming given the fact that Moana played a midweek game against the Force before taking on the Brumbies on Saturday.

To beat the Hurricanes in the qualifying final, the Brumbies will need to rediscover the form from their best performance of the season against the Chiefs.

No doubt Nic White will also offer his thoughts on playing against a New Zealand team in a final.