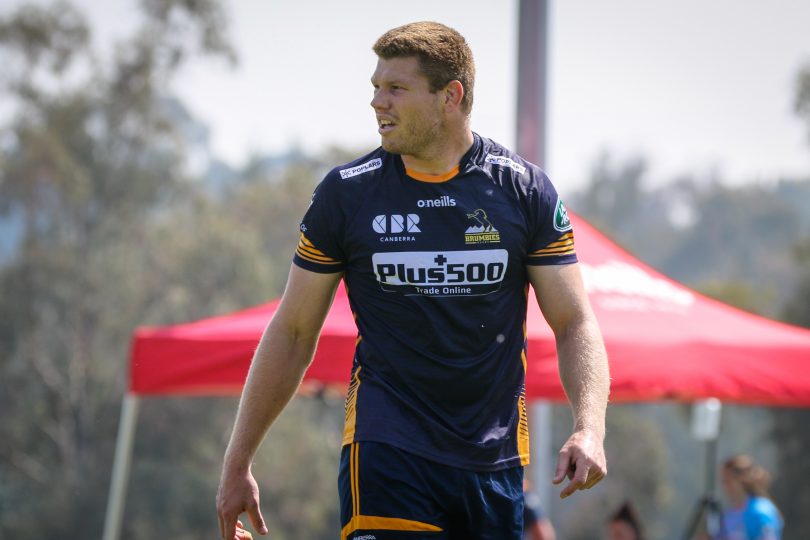 After five seasons with the Brumbies, Blake Enever is looking for a regular start in season 2020. Photo: Marty Cambridge, Brumbies Media.

Veteran lock Blake Enever is preparing to tackle his sixth season at the Brumbies next year as he begins his push for a regular starting spot following the departure of Sam Carter and Rory Arnold.

The 28-year-old says he is concentrating on putting in the hard yards during pre-season training in December as he tries to muscle his way into a regular starting position in 2020.

“I am definitely going to try and take it with both hands and work hard now and be ready to put my hand up for round one,” he said.

“I think these next two weeks leading up to Christmas will be quite big. With the Wallabies back next week, that will be another boost for us. It has been a good block so far. We will see an earlier Super Rugby start next year, so we have to get things going a bit earlier this year.”

Usually, the international players would return to Super Rugby training in January after end-of-year tours finish in late November. However, with next season starting earlier than usual on 31 January, pre-season training has been brought forward as well.

Of the returning Wallabies contingent from this year’s World Cup, five will line up for the Brumbies next season.

“[The Wallabies] coming back before Christmas will be massive and the whole squad will be taking shape pretty soon,” Enever said.

With Folau Fainga’a and Pete Samu back in the squad after both signed new contracts, the Brumbies will be looking to go further in their 2020 campaign, after being defeated in the semi-finals this year against the Jaguares.

“They are pretty keen to rip in, get some work done. They are some characters. It is good to have them back and bring some life back into the squad,” Enever said.

“We are working hard together, competing with each other, making each other better.”

With temperatures rising, the boys made their first steps towards Round 1 against the Reds on 31 January, putting in the hard yards in the gym and on the paddock! #Brumbies2020 #Untamed pic.twitter.com/hKQVDKYWof

While Enever is one of the older players in the squad, he says he is excited about the level of talent coming through the ranks.

“I had a look around and realised I was one of the older guys getting around. There is a pretty young squad at the moment,” he said.

“They are quite talented rugby players so it is really good to have them on board. They are a good bunch and have been really ripping in so it has been a lot of fun.”

The Brumbies will be taking their pre-season on the road in January, going head-to-head with the Melbourne Rebels in Albury on 23 January at Greenfield Park.

The Brumbies will then kick-off their 2020 campaign against the Reds on Friday, 31 January at GIO Stadium in Canberra at 7:15 pm.

For tickets, or to become a member, visit the Brumbies. 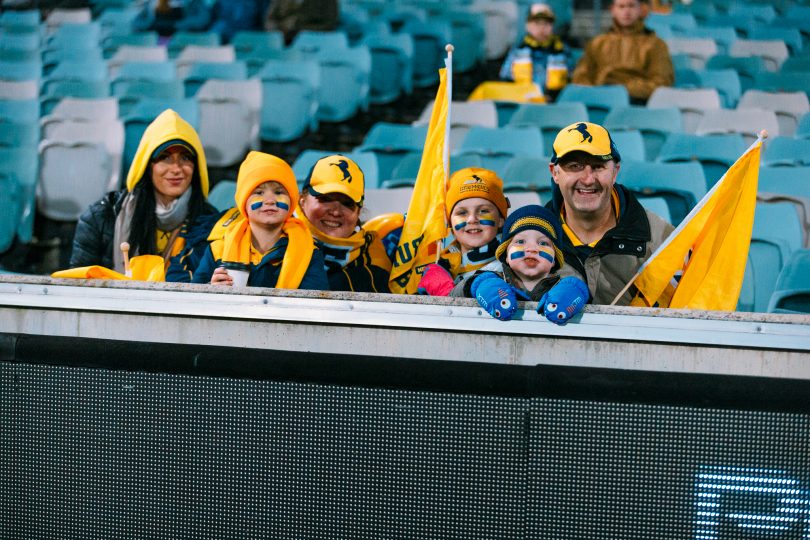 The Brumbies are set to start the Super Rugby season at home against the Reds on 31 January. Photo: File.

Ashley Wright - 38 minutes ago
Jennie Smith vast majority of the tram works were done in the median strip of flemmington road with minimal impact. There was... View
News 4

sisyphus - 2 hours ago
Better still, read some up-to-date peer-reviewed research. That film is primarily attacking historical straw men, presenting... View
jwinston - 9 hours ago
Watch “The Planet of the Humans”, a documentary by Michael Moore, to see the lie of renewables and so-called green energy... View
News 4

Robert Hawes - 2 hours ago
Should be done via the nurse walk-in centres. View
Lyn Christie - 7 hours ago
Ian E Wheeler maybe somewhere you can register if you don't see community nurse and are unable to get out to receive the shot... View
Tom Porter - 9 hours ago
Maybe the carer can arrange for the community nurse. It is not prohibitive. Then again the government could contract Aspen to... View
News 22

Andrew Dale - 7 hours ago
Rory Bourke I'm both mate 🥸🥴 View
Lucas Anasdow - 9 hours ago
The Left are pushing to have the Event Renamed as the Term 'Black' is deemed to offensive and upsetting for segments of the C... View
Rory Bourke - 10 hours ago
These days they don’t call it old, they call it experienced. View
News 3

Maria O'Halloran - 10 hours ago
I have one that shows itself every now and again over the past 5 years. View
show more show less
*Results are based on activity within last 7 days

Louise Bilston’s involvement in the sport of netball is extensive, from player to coach, administrator, board member and president. When...
Food & Wine 29