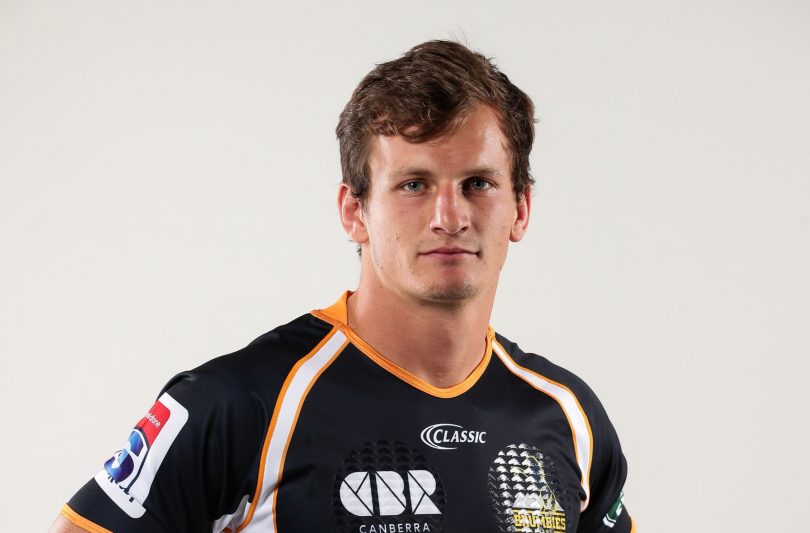 The devastating way the Brumbies ran over the top of the Reds last weekend has given the Canberra side the belief that they are capable of finishing any team off.

The Brumbies secured a vital Australian conference victory last Saturday night when they crushed the Reds 45-21 at GIO Stadium, giving the squad confidence ahead of the trip across the Tasman to face the Highlanders.

James Dargaville was a late replacement for the injured Henry Speight and ran onto the field for only his second game this season after he played his part in the Brumbies’ win over the Sharks earlier this year.

The former Australian U20’s representative believes the team is high on confidence and will use their momentum from the Reds game to bring home an overdue win against the Kiwi side.

“It’s a very different game over there against Kiwi teams, [they] put you under pressure in lots of different ways,” he said.

“Last year, we had a couple of really close losses against the Crusaders and the Highlanders and we were up against the Hurricanes, but we just haven’t managed to finish off, and last week I think we showed we can really finish a team off.”

The 25-year-old is hoping that his teammate Speight recovers quickly, but the winger is happy to take the opportunity at hand.

Dargaville is jostling for the competitive starting outside back positions in the Brumbies squad, with Chance Peni and Lausii Taliauli also strong contenders for the position.

Though Dargaville had limited opportunities with the ball in hand against the Reds, he was happy with his defensive work rate against the Queensland side.

“I just have to make sure that I do my job and make the most of the opportunities that come my way,” he said.

“Unfortunately, there weren’t a lot of opportunities for me to get the ball in hand, but I did my job in defence and in the backfield.”

“Every winger wants the ball in hand and open space but unfortunately that’s not the game of Rugby, it’s a two-sided game, you’ve got to attack and defend.”

Margaret Harries - 21 minutes ago
What a fantastic house and property, I love it,wonder what’s the price their asking for it View
News 19

Anne Maree Crowe - 31 minutes ago
I feel for these people who have lost their water aerobics classes. Many elderly and people with mobility issues rely on swim... View
Margaret Edwards - 3 hours ago
That’s where I fell in love with aqua aerobics many years ago. View
Tracey Crump - 3 hours ago
Lizzie Parlane I think the pools will remain open (post lockdown) but the fitness programmes, including aquarobics will cease... View
News 18