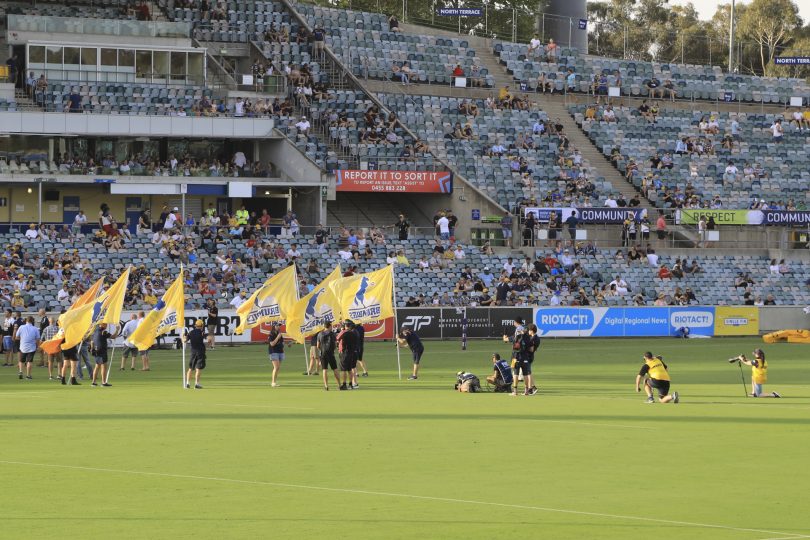 Though the Brumbies have been winning on the field, the side have suffered some bad luck throughout the course of the season. Photo: Supplied.

In all honesty, the Brumbies couldn’t have expected a better start to the 2020 Super Rugby season.

The Canberrans have won five of their first six matches this campaign while sitting tall and proud as leaders of the Australian conference.

Besides their heartbreaking loss to the Highlanders last month, the Canberra side has already defeated their three Australian counterparts in the opening seven rounds of the competition, while also knocking off Japan’s Sunwolves to place themselves 10 points above the second-placed Queensland Reds.

And who can forget their best performance of the season after famously winning in New Zealand against the Chiefs for the first time in 13 years?

All of these signs only point towards the club continuing to grow and getting better as the year progresses and though coach Dan McKellar couldn’t be happier with how the campaign has played out thus far, the recent eruption of COVID-19 has been just the latest in a terrible run of luck for the club this year.

Canberra was one of the many areas affected by bushfires over the summer and that played into the team’s preparations during the pre-season, and then they faced the Queensland Reds in their opening game in near 40-degree heat.

Next it was the rain that kept fans away. When the Brumbies faced the Melbourne Rebels in round two a meer 7,098 spectators watched on.

There was more to come.

A few weeks ago news broke that players in the squad had suffered the mumps on the eve of their loss to the Highlanders.

Could their fortunes get any worse?

Unfortunately, it did. Enter coronavirus.

Though the ACT Government reached the conclusion that the game was safe for fans to attend, you could feel Canberrans were on such edge.

The squad is taking the necessary precautions for the virus very seriously and Brumbies forward Tom Ross says the group have been doing all the right things to come out better on the other side once rugby in the capital resumes.

“There is not much you can do with the virus going around, a lot of people have had to deal with it,” Ross said. “We are fortunate enough that we are in a confined space and can quarantine ourselves over the next two weeks.”

Super Rugby has suspended games for the next two weeks, but with the continual fears that the virus will only get bigger and spread across the nation, there is no certainty when they will take to the field again.

We can only hope the Brumbies luck turns around when the competition returns and it’s deemed safe to reintroduce.