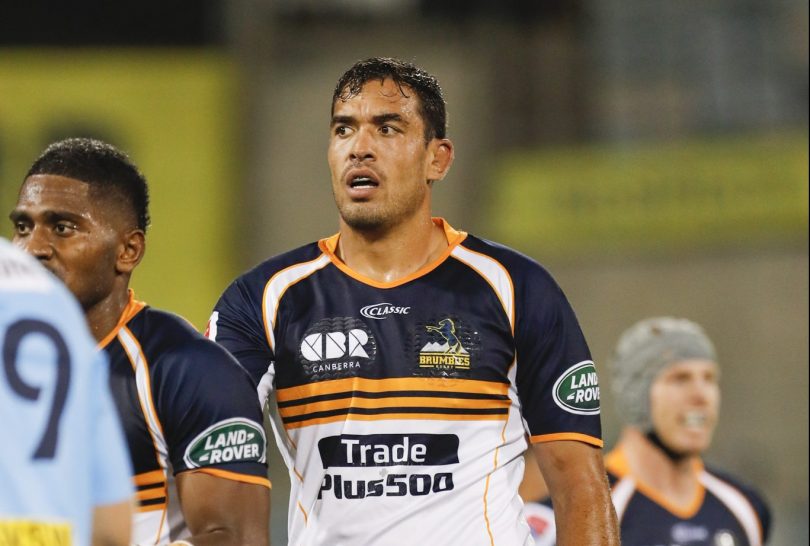 The Brumbies’ balance of razzle-dazzle rugby and building pressure with strategy is still a work in progress. File Photo.

“Balance” was the key phrase at Brumbies headquarters on Tuesday afternoon (5 March) as the side prepare for a series of pivotal Australian conference clashes starting on Friday night (8 March) against the Melbourne Rebels.

The Brumbies have struggled for consistency in the opening three rounds of the season, highlighted by a 43-13 loss to the Hurricanes a week after thrashing the Chiefs at home by 37 points.

The side is still learning how to combine all-out attack with game management after they made over a dozen handling errors against the Hurricanes on Friday night and only held the ball once for more than seven phases in the game.

The club are still trying to find the perfect harmony of eye-catching attacking rugby and building pressure and lock Rory Arnold admitted the balance is still a work in progress.

“I think the balance wasn’t quite there against the Hurricanes,” Arnold said. “We want to play this sort of attacking rugby but we lacked the balance of when we should have cleared the ball, we held it for too long.

Despite the Brumbies being their own worst enemies last weekend, Arnold said the side would not go into their shells and will fight to find the perfect equilibrium.

“We need to learn when to use it and sort of earning the right and having to go through them first before we look to use our skills,” he said. “The coaches have been telling us to back our skills. Against the Chiefs, a lot of our plays were going to hand so we can’t go back into our shells.

“We need to keep cracking at it and it will come off.”

The Brumbies have won once and lost twice to start their season and will now face the Melbourne Rebels, NSW Waratahs and Queensland Reds in the next three rounds, which is starting to look like a season-defining clash.

The Rebels have had the wood over the Brumbies the past three times they have played, including a seven-point loss in round one and are sitting pretty on top of the Australian conference.

Arnold said the side was desperate to end their three-match losing streak against their rivals and will find the consistency needed to be a Super Rugby finals contender.

“The Australian games are massive especially because we want to top the pool later on this season,” he said. “The home games are big for us especially the ones against Aussie teams. These next three weeks are a big part of our season.”