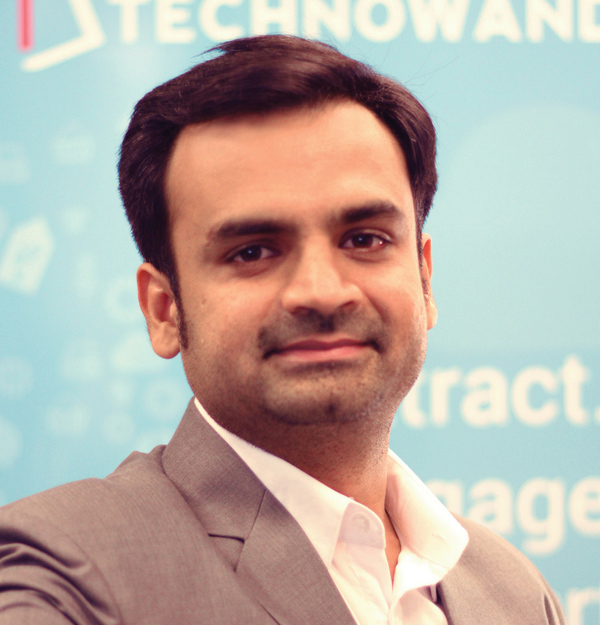 Few have it, so when you come across someone with charisma, you notice. When it is a warm, inviting charisma, it’s even more enticing. Such is the gift that Rahul Chawla (an Indian immigrant who fell in love with Canberra), possesses. We are so lucky to have him here, because, his, is the kind of business we will all inevitably need at one stage or another.

We all know that great entrepreneurs solve people’s problems. They listen and find out about their client’s pain points. Then, they drive the solution right to their door. When the problems they experience are of what I call the “heinous” variety — “technological” — then we all need a magic wand; a good fairy, who simply appears and takes away the pain. That’s what you want. One who can save you the trouble of a technical help call to Telstra. That’s an angel in my book! But Rahul is much more. His firm, www.technowand.com.au can become the outsourced IT department for any small business.

Rahul comes from a long line of entrepreneurs in India, his parents set up in Cochin, India, where he grew up. When he left school, he studied IT in Bangalore during the dotcom boom. Life was beautiful as he worked and played there, but his dad had other ideas. (He thought Rahul was having too good a time and needed to make his own way through this world.)

So, with $1500 in his pocket, his dad put him on a plane to Canberra, to pursue a Masters in IT at the University of Canberra, which Dad had personally selected for him. Rahul’s initial reaction was shock, on arrival. Plans fell through and he had no ride, and no place to stay, and even worse, he was greeted by a wintry reception unknown to a boy coming from an Indian climate. But after he settled in, he loved it. Canberra is the perfect place to run his business and raise a family (his wife is expecting their first child in August), he tells me.

Initially, Rahul worked in the private sector and the first company he worked in was called IT Angels, which makes sense, according to my earlier observation! But that firm folded and he moved on to bigger contractors and was outsourced several times to big government departments, where he learned so much. Even though he always knew, (since childhood) that he would own his own business one day, he continued sub-contracting until one serendipitous day, when he was fired. (Let’s just say it was a clash of values and Rahul was not willing to compromise his.)

So, he set himself up in business from his garage, doing letterbox drops in his neighbourhood, and offering his technical support/computer repair services willy-nilly. This then grew into building websites, and he smiles when he tells me he has built most of the websites in town, for Indian restaurants.

Growth happens when you focus on client needs, hard work, and quality service, with the added dimension of a charismatic personality. Rahul ended up with an office, working as a sub-contractor, but servicing his own clients as well. Work was flourishing and he took on his first staff member there.

A couple of years down the track, he hired more staff when his first staffer was lured away by the public service, where the offer was three times the salary. This is a common problem unique to Canberra firms (and others have mentioned this too) — that a small business cannot possibly compete with the government end of town.

But today Rahul has his own offices in Mitchell, has three full-time staff and one part-timer. Technowand can offer a high-end service to their clients. His only problem is that the clients always ask for him, and therein lies the charismatic factor! But a business centred around its owner, is indeed an issue for growth, and Rahul is working on that as his growth is set to explode. One look at his website and you will realise the enormous value of the promise Technowand makes: “We make our clients love their IT!” Now that’s magic!

Rahul loves what he does (naturally), and he says that he and his wife don’t live a lavish lifestyle (although they do go out to dinner twice a week, apparently).

“You know”, he says, “My dad taught me that, if you have two hands, two feet and the sun is shining, you will make a living…and life is good.”

Many of you, I suspect, may read this story and wish that your technology issues would all be resolved with the wave of a magic wand.

If so, you now know where to go.

What an inspiring story. I’m lucky to have worked with Rahul and his team – they surely know the pain points of small businesses! Technowand helped move our email from something unreliable to Office 365 which has worked beautifully. We haven’t looked back since!

Congrats Rahul , you really have taken care of the Tech requirements of our business.

Bob Jones - 3 hours ago
Deb Wheare And Lynne Meredith... I've heard because of the more right someone who identifys as being an Aboriginal or Torres... View
Kev Martin - 13 hours ago
I find If you stop breaking the law, you don't get locked up View
Deb Wheare - 24 hours ago
Jacob Torresan face palm View
Property 14

Pari Gilmour - 14 hours ago
I support a burnout pad. Zero interest myself but obviously these guys need a social space to do their thing. Happy to suppor... View
Opinion 33

The long-delayed Dickson shops development may finally get off the ground by autumn with Coles finding a new partner to...
Food & Wine 108

Your forever family home in Ngunnawal is ready for you

@The_RiotACT @The_RiotACT
From exquisite handmade jewellery to high-end homewares, there’s no end to the tantalising treasures to be found in the shopping paradise of Bungendore https://t.co/2kwXuEVseH (4 hours ago)

@The_RiotACT @The_RiotACT
Book a seat for Kambri Film Fest 2021, a free festival that celebrates and elevates the contributions of creative women in the film industry https://t.co/5oivpfnWaq (14 hours ago)