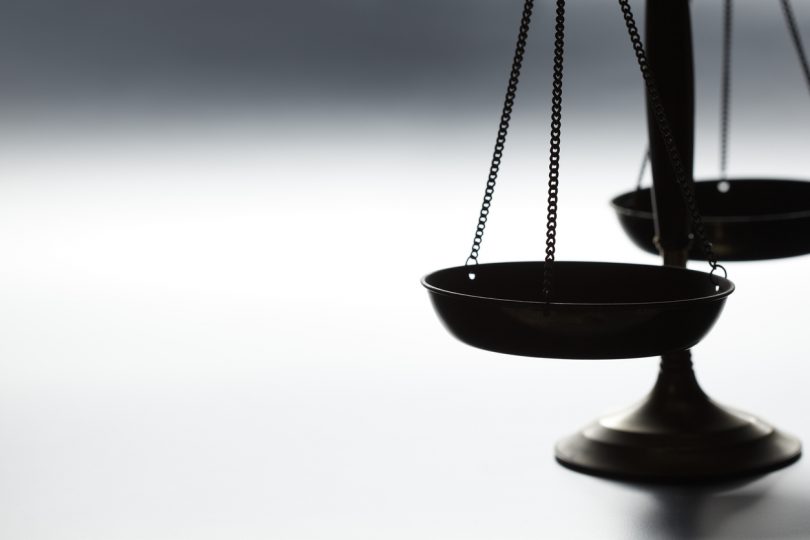 The ACT Government will instigate changes to the way it handles mental injuries after a recent ACAT decision. Photo: File.

A woman bullied so severely while working for the ACT Government that she was diagnosed with post-traumatic stress disorder (PTSD) has won her discrimination battle.

As a result of her case, the government has been ordered to better train staff who deal with injured workers with a mental injury as well as improve its processes for claims.

Senior Member Mark Hyman recently handed down his orders in the case, which had been heard in the ACT Civil and Administrative Tribunal (ACAT).

His decision rested on whether the “complainant was discriminated against by the Treasury and Economic Development Directorate of the ACT Government and its Chief Minister” because of her PTSD, which is considered a disability.

A government employee in the Community Services Directorate, she was bullied at work in 2017, resulting in a diagnosis of the disorder.

She took leave and worked part-time while attempting to recover before claiming workers compensation in October 2018, which was granted by the ACT’s insurer Comcare two months later. Shortly after, the ACT became a self-insurer and CMTEDD took over responsibility for the government’s inclusion in the Comcare scheme.

In October 2018, a doctor said the woman’s symptoms included severe depression, anxiety, flashbacks to abuses, nightmares and hyper-vigilance brought on by “several years’ systematic bullying by an individual in the workplace”.

The doctor said her condition worsened in early 2019, before in March saying, “ACT Government delays and obstruction of process of [the woman’s] enquiries into the matter are exacerbating her condition and could be regarded as continuing abuse”.

In December 2019, the woman made a discrimination complaint to the ACT Human Rights Commission, arguing the management of her workers’ compensation claim by CMTEDD had delayed her entitlements and worsened her PTSD, and the case eventually came before ACAT.

Senior Member Hyman said the discussions between the woman and the government after Comcare accepted her compensation claim was at the “heart” of her discrimination complaint.

She also claimed staff at CMTEDD showed no awareness of her PTSD, its symptoms, or how it affected her ability to manage interchanges between them.

“Every email she received heightened her anxiety, the absence of resolution to ongoing issues affected her sleep and mental state and her feelings of lacking self-worth were reinforced,” Senior Member Hyman said the had woman claimed.

He did note the government had “persuasively” argued the delay the woman suffered could not be attributed to her disability and said she had not demonstrated the “unreasonableness of the requirement” to use two certain forms as part of her claims.

But Senior Member Hyman found the government had discriminated against the woman by requiring she conduct her workers’ compensation claim without substantial assistance from CMTEDD.

This requirement disadvantaged her by triggering or exacerbating symptoms such as anxiety and intrusive thoughts which were symptoms caused by her disability.

“The discrimination I have identified was not malicious or intentional; rather, it seems to have been the product of inattention, thoughtlessness and perhaps overstretched resources,” he said.

He noted CMTEDD’s representatives said she had been treated just like every other injured worker.

“[Her] point is that treating people with her condition the same as every other injured worker has, in her case and potentially in those of others with similar conditions, significantly deleterious, and unequal, effects,” Senior Member Hyman said.

He awarded the woman $9000 compensation and ordered the government to instigate several changes in its role as an insurer by March 2022.

These include training staff that deal with injured workers who have a mental injury to minimise the risk of triggering symptoms or exacerbating the injury.

The government must also improve procedures for dealing with mental injuries to avoid delays in processing claims, provide timely responses to enquiries by injured workers and keep those workers updated on the progress of claims.

tim_c - 1 hour ago
It doesn't matter how much the fine is when there's such a low risk of actually incurring one. That's why you still see so ma... View
tim_c - 1 hour ago
That just replaces one threat with a bunch more... unrestrained dogs, inadequately restrained dogs (on leads that extend seve... View
tim_c - 2 hours ago
It's not really that illogical - those who have the potential to inflict the most carnage have a greater responsibility to be... View
Community 12

Brianna - 1 hour ago
For all those who do want to help out, please consider talking to your neighbours that have over grown yards to find out if t... View
tim_c - 2 hours ago
I think all the ACT Government maintenance people are still working from home... over 4 months ago I reported some severe dam... View
babyal - 4 hours ago
Ken Behren CR is correct the legal issue if something were to happen would be so not worth the trouble. you want to change le... View
Community 2

Kylie Gordon-wilkins - 5 hours ago
Work with Ngunnawal elders and community to create places that acknowledge the owners of the land that has changed so much. W... View
Majella Kesby - 17 hours ago
Well they could deal with the African Lovegrass that's overtaking the reserve area behind me before it's completely overrun. View
Tim Gardner - 19 hours ago
Stephen Budge thank god for that..my parents opened up shops in the Tuggeranong valley before there were houses to the south,... View
Community 3

Winkie Wee - 7 hours ago
I think it would be appropriate to have registration to vote for the 16/17 year olds voluntary. If they want to vote, they ca... View
Business 1

Capital Retro - 8 hours ago
I made enquiries about batteries 5 years ago and the supplier said they had to be installed in a garage and needed bollards a... View
News 6

wheels900 - 18 hours ago
Check out https://www.plugshare.com/ you can find all the chargers across Australia (and indeed the world) with this app View
Motoring 6

Amy Wald - 19 hours ago
Shay McAuley time to upgrade to the newer version of yours. View
Public Sector 4

HiddenDragon - 19 hours ago
Some time in the next 12-18 months, we can look forward to seeing the first of the inevitable articles about how this latest... View
show more show less
*Results are based on activity within last 7 days

A recently opened Kingston doughnut store has closed amid widespread reports it is the source of dozens of food poisoning...
Public Sector 3

Morale at the Department of Home Affairs is in poor shape if the 2021 APS census figures are any guide....
Breaking 1

@the_riotact @The_RiotACT
A new report from @YWCACanberra has revealed 48 per cent of young #women have experienced some form of #sexualharassment, and COVID-19 has exacerbated economic inequality for women in Canberra https://t.co/E63Hq95nxU (1 hour ago)

@the_riotact @The_RiotACT
Some #Canberrans have had enough with the long grass have decided to take #mowing into their own hands. Are you one of these home-mown heroes? https://t.co/3Rrb07rtVi (3 hours ago)

@the_riotact @The_RiotACT
The ACT has recorded its 12th #death in the latest #COVID outbreak as well as eight new cases in the 24 hours to 8 pm last night https://t.co/L2fS7vdJgk (4 hours ago)