Bullying from within – a top issue for women in local government 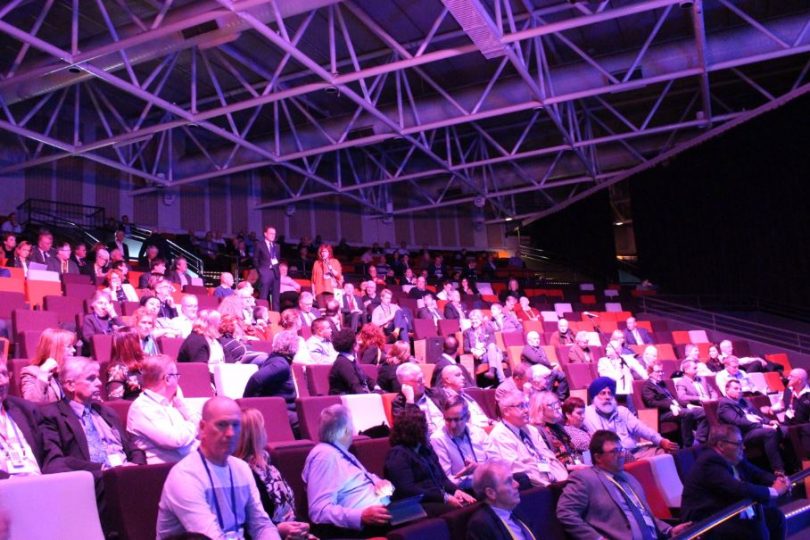 A Councillor from South East NSW has suggested that ‘bullying’ is an issue Local Government needs to address in order to protect existing women Councillors and encourage a new generation of leaders.

Speaking on the opening morning of the National General Assembly of Local Government in Canberra, the Bega Valley Shire’s Jo Dodds told the 875 delegates at the National Convention Centre that bullying was one of the top issues facing female Councillors.

Pointing to the recent conference of the Australian Local Government Women’s Association in Gundagai, Cr Dodds said fellow female Councillors at the event in March spoke of the hurt, anger, and fear they feel working in local government, and being leaders for their community.

“It was terrible to see,” Cr Dodds said.

“[and are now] in a situation of going to provide leadership for their communities whilst not only dealing with their own backgrounds of surviving violence but experiencing it again in the workplace.”

Suggesting a relevance locally, Cr Dodds said its an issue she would have raised in the Bega Valley Shire Council chamber had the Reedy Swamp, Vimy Ridge, and Tathra Bushfires not engulfed the operations of the organisation.

“What are we doing about this? What are the structures in place to support women in those circumstances?” Cr Dodds asked.

“How do we move beyond just codes of conduct [and] into the sort of protections that are afforded to women in the workplace generally?”

“Without those protections, I can’t in good conscience invite young women and soft voices into a space where they are likely to be abused and harassed.” Virginia Hausseggar, Director of the national gender equality initiative, the 50/50 by 2030 Foundation, took up the discussion.

“You are doing exactly what we need to do, you are raising it, bringing it to a conference like this and raising it,” Ms Hausseggar said to Cr Dodds.

“What this also shows us is the value in having greater diversity in local councils,” Ms Hausseggar said.

“We don’t have the solutions right now [but] at least people have the courage to raise these issues.”

Ms Hausseggar challenged the Mayors, Councillors, and General Managers in her audience to lead a community discussion on the issue.

“Diversity is about men and women and everyone in between, and bullying affects everyone,” she says.

The Assembly continues until Wednesday.

Sandra Stevenson - 18 minutes ago
Sylvana Whyte Good idea! View
Jennifer Blood - 3 hours ago
Very interesting explanation of how the buildings were constructed and leased, leading to the lack of uniform upkeep we see t... View
Iaian Ross - 4 hours ago
"To have time out, she would walk to Manuka Pool for a swim and walk back in time to be ready to cook the first breakfasts of... View
Lifestyle 8

Sarah Jane - 39 minutes ago
Shannon a day trip? View
Maya123 - 4 hours ago
Some gorgeous things there, but there are only so many cushions, vases, etc, you can have, before it becomes clutter. View
Rowan Bergin - 5 hours ago
I went back there last Wednesday and bought a ring for my daughter s birthday View
News 24