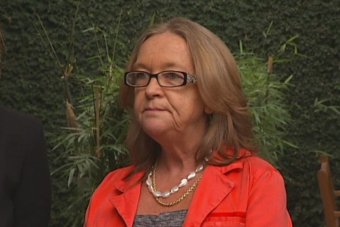 An ACT Policing spokesman told RiotACT that “as a result of this morning’s media reporting, ACT Policing is evaluating the veracity of the allegations.
“As this matter is now under evaluation it is not appropriate that I comment further.”
Ms Burch’s chief of staff, Maria Hawthorne, resigned last night.
ACT Opposition Leader Jeremy Hanson has called for the resignation of Ms Burch over the alleged incident.
Mr Hanson has called on Ms Burch to resign or be dumped from cabinet and for Andrew Barr to cut ACT Labor’s financial and political ties to the Construction, Forestry, Mining and Energy Union.
“Following revelations that Joy Burch provided details of a conversation with the Chief Police Officer over the conduct of police at building sites to the CFMEU, these calls need to be acted on,” Mr Hanson said.
“The conduct of Joy Burch is not appropriate for a police minister. This incident … is just the latest in a long list of issues with Ms Burch.
“It’s highly inappropriate to have the Minister or her staff conveying information to the CFMEU, particularly during an investigation.”

Paul Mills - 39 minutes ago
Too many medium density developments with zero design merit. Welcome to Northbourne canyon. View
Lynne Staunton - 2 hours ago
Julie Arnold but at least when the next big fire comes through that way there us now a decent fire break to protect the inner... View
Linda Johnston - 5 hours ago
Nick Anderson I think it goes back earlier than Forde. I remember going into parts of Tuggeranong and having absolutely no id... View
Sport 5

@The_RiotACT @The_RiotACT
The planning authority has rejected claims that it is a toothless body unwilling to fight for its decisions in the courts, defending its deal with Zapari that will see the company's controversial Coombs development proceed. Check out what changed https://t.co/16ycDV9SUb (41 minutes ago)