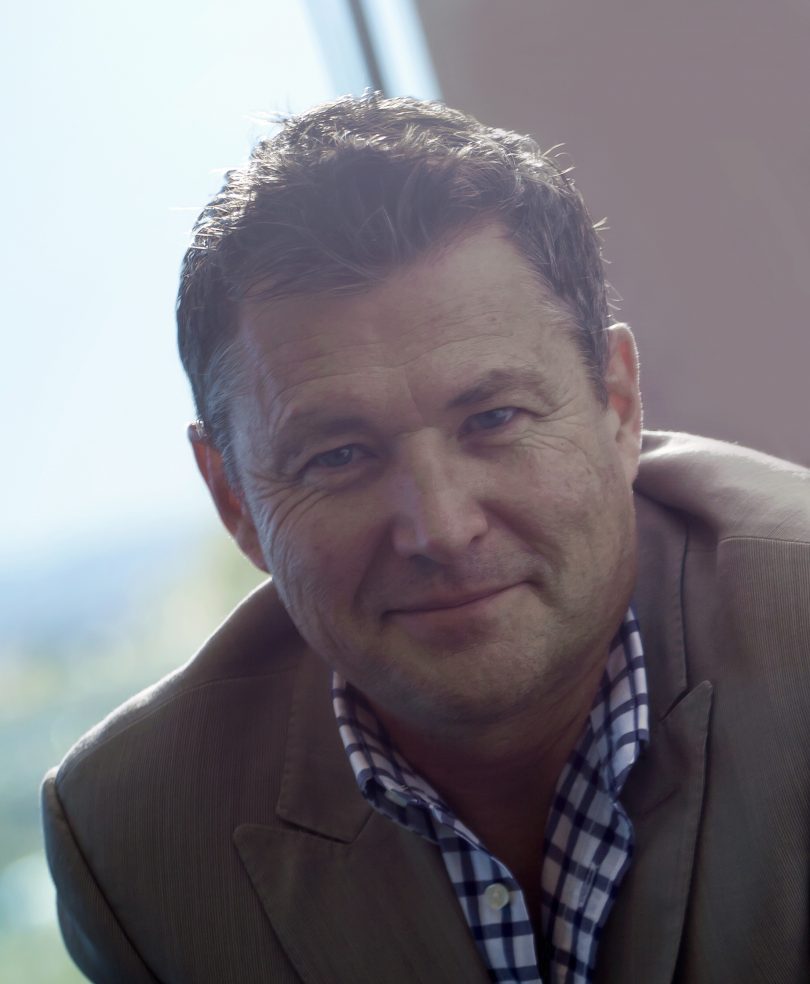 Pawl Cubbin: an innovative trailblazer in the Canberra business community.

Canberra’s business community is in shock at the sudden death at the weekend of entrepreneur and advertising guru Pawl Cubbin, who is being remembered as an inspirational leader and innovative trailblazer across a range of industries.

Aged 57, Cubbin was the founder and CEO of ad agency Zoo Group but also had interests across hospitality and property in Canberra, and was pivotal to the creation of Academy nightclub in Civic, the Public bar in Manuka and the Belluci’s restaurants.

Cubbin was also a founding shareholder and board member of Regional Express (Rex) Airlines in 2002.

Also community-minded, he participated in the CEO Sleepout to highlight homelessness and advocated to retain green space in Kingston.

Canberra Business Chamber CEO Robyn Hendry said Cubbin had been a leading light in the Canberra business community for a long time and that as a trailblazer he had made it easier for those entrepreneurs coming behind.

“In many ways his work has made it easier for those up and comers and new innovations to be accepted in the market with the work that he’s done,” Ms Hendry said.

She said Cubbin had been an ideas person who saw the potential as opposed to what were the hurdles.

“He clearly approached things with new thinking, fresh ideas and creative paths that weren’t there before, so those coming behind are really blessed to have others that have gone before them and to have those role models,” she said.

“That’s inspiring for people who haven’t reached the heights that he did reach during the course of his career. We’ve lost a leader and we’ve lost someone who was responsible for inspiring many others.”

Ms Hendry said his legacy would live on ‘because the work he did and the new ideas he fostered and nurtured had already inspired others and will continue to do so because we can only move forward from a good platform and it’s people like Paul who have created those platforms for the next generation of businesses”.

It is believed that over the past 12 months Cubbin’s business and personal life had imploded, with Zoo’s Melbourne and Sydney offices going into liquidation, the Canberra office closing, Academy shutting its doors on Saturday night and other ventures also struggling.

But only last week Cubbin insisted that he was about to start a new boutique venture.

Zoo partner and creative director Jason Perelson said the company was in shock and called for the family’s privacy to be respected.

“We’d ideally really prefer the dust settle at this point and allow the family their time to grieve, process, and get in touch with everyone at their own pace,” he said.

“The team at Zoo are spending our time finalising everything in the office and making sure our clients are looked after so that the Cubbin family are not left with anything to handle after the fact. We are assisting them in every way we can at this time, as Pawl would have wanted it that way. Ideally, I would appreciate everyone, from the public to the media, to respect the family’s privacy in this incredibly difficult time.”

Directors of the RiotACT Tim White and Michael McGoogan said Cubbin was a larger than life character and strategic thinker who wasn’t afraid to challenge the norm across a diverse set of industries.

“He leaves a hole in the Canberra entrepreneur community that will be impossible to fill,” they said.

Friends say Cubbin was private and proud man who had done great things for Canberra.

One remembered a piece of advice that stayed with him when he asked Cubbin how he coped with all that he did.

“His advice was to be present wherever you are, whether you’re at the office or with the family,” the friend said.
Cubbin established Zoo Communications in 1995, growing it to a staff of more than 60 people before his partners sold the business to a multinational consortium in 2007.

In 2010, he bought their shares back with ”a dream to create a global network of ‘new breed’ ad agencies owned and run by amazing people, in places around the world where growth and innovation were flourishing”.

But overreach and changing business conditions took its toll, with Zoo losing clients, as people lost interest in ’boutique advertising companies, that are passionate and creative’.

Cubbin said he had always loved the place where creativity and commerce collided.

“It’s been the common denominator with everything I’ve done,” he said on his LinkedIn entry. “Now, I love sharing what I’ve learnt with my partners, to help them develop and grow their own businesses.

“People are often surprised when I tell them that the skills required to run and grow a creative business are not that different from those needed to run a restaurant, an airline, a large corporate event, an online retail shop, or any other type of business for that matter. It’s simply about listening to people, finding out what they’re looking for, and giving it to them without going backwards – and if you get it right, you’ll do really well.”

I had many dealings with Pawl over the past 18 years, having first met him when Zoo made a pitch to win ActewAGL’s business, with “Unforgetabill”. He was amazing, talented and inspirational and we had many great moments together over the many years including our shared passion for cars. I will miss him and wish all the very best for his family and friends who are grieving at this most difficult time.

Fraser Grocer - 4 minutes ago
Hi Gassed There will be seeds, seedlings, pods, sauces, rubs, salts, sweets, challenges and more in the store. View
Gassed - 18 hours ago
Shame I thought they were going to sell actual chilli's not just sauces... View
Food & Wine 12

Ivana Ryan - 6 minutes ago
Toasted sandwich and a coffee 😋 Bojana Simic View
Christopher Rompotis - 1 hour ago
Hannah next brunch catch up? 🤔 View
Nicolas Normandeau - 9 hours ago
Matilda Jones I need this in my life. This sounds so good!... View
News 21

chewy14 - 10 minutes ago
Capital Retro, You're partially correct but not in the way you think. The SA battery has been so successful simply because th... View
David Wagner - 18 minutes ago
I like it, but why not look at biogas using sewage plants eg. Europe or Stirling engines or ........ View
Capital Retro - 11 hours ago
You know what windfall means? Take that away and the venture has probably lost money. Gas peakers all over Australia would ha... View
Opinion 1

Capital Retro - 56 minutes ago
They were introduced and approved by the virtue signally government you voted for, Zoya so suck it up. View
News 1

chewy14 - 18 hours ago
The solution to this is simple. Instead of building more public housing, the government should divest itself of almost all of... View
Food & Wine 50

It’s not every day you see armed soldiers appear from the bushes in the dark while driving home from work....
News 20