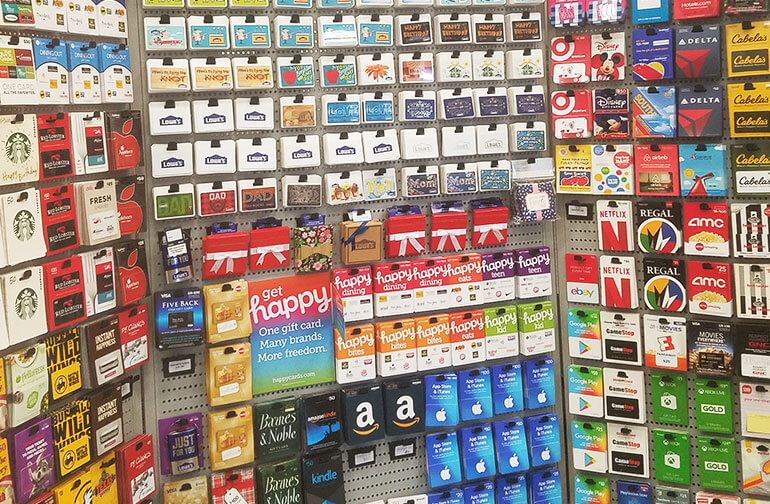 All gift cards purchased from 1 November 2019 will now come with a minimum three-year expiry date, and expiry dates will need to be prominently displayed under new national laws enacted just in time for Christmas.

Last year, the ACT Minister for Consumer Affairs Shane Rattenbury agreed to implement a national scheme for the regulation of gift cards, no matter where in Australia consumers purchased them.

There had been no national requirement for minimum expiry dates on gift cards until Friday (1 November), when the new laws mandated that gift cards remain valid for at least three years. The new national changes only apply to gift cards bought on or after 1 November 2019.

Mr Rattenbury said Access Canberra has received around 100 general complaints or enquiries about gift cards during the past five years.

“There’s no reason why a gift card should expire after a short time. It’s been paid for,” Mr Rattenbury said. “Consumers have been ripped off by gift cards expiring early.

“With the exception of a few limited-use gift cards and vouchers, all gift cards bought from now on will automatically come with a minimum three-year expiry period.

“Even if traders state an earlier expiry date, it will be invalid, and consumers will be entitled to the mandatory three-year period. It will also be illegal for traders to charge post-purchase or administration fees that will reduce the value of the gift card.

“The ACT Government is committed to ensuring Canberrans are informed and empowered about their consumer rights.”

In 2016, industry bodies estimated that around 34 million gift cards are sold in Australia each year, with consumers losing an estimated $70 million annually through gift cards expiring before they are used.

like getting a $10 note, stamp a brand name therefore limiting you to buy only from them and put an expiry date to it, and make it legally untraceable...

what a wonderful time to be alive...

Doesn’t stop people from forgetting or accidentally throwing them away. $148 million unused credit on gift cards wasted in 2018. Thats why I always use cash in a brown paper bag as my go to gift 🙂

@The_RiotACT @The_RiotACT
RiotACT’s weekly newsletter brings you a regular dose of free local news so that you never miss out on the big Canberra stories and conversations https://t.co/tXZol5UP6u (7 minutes ago)