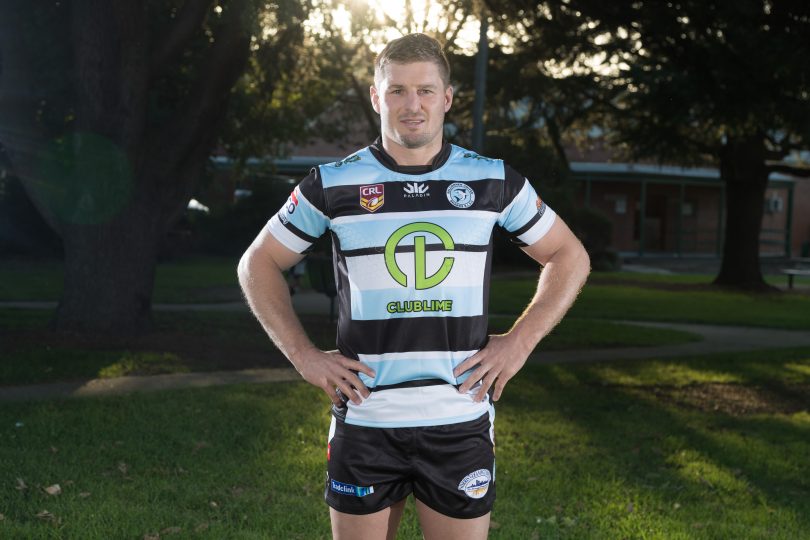 The winning feeling has eluded the Belconnen United Sharks for two long years, but now it would seem that devastating period is over.

Belconnen tasted victory for the first time in almost two years with a hard-fought win over the Yass Magpies last month, before making it back-to-back wins against rivals West Belconnen Warriors.

There is a sense of new life surrounding the club and although their star hooker has been out with injury since the first round, former Canberra Raiders player Glen Buttriss witnessed the win that changed everything.

“The win over Yass was unreal,” Buttriss said. “Everyone was just buzzing, not only for the players but their families and friends, the committee, it was a great feeling for the club.

“That’s what the club needed, just that one win and we knew if we could just get that one win, then we would get that belief and confidence within the side.”

Belconnen was only minutes away from securing three straight wins last week against the Queanbeyan Kangaroos but a late penalty goal broke their hearts in a 22-21 loss.

“We got that win against Yass and then backed it up with another strong performance against Westies, probably our best performance all year and against the Roos, we were very unlucky in the end.”

Buttriss didn’t suffer through the club’s previous heartache after he spent last year playing and coaching back in his hometown of Cootamundra, but he has turned up to every training and game this campaign and has noticed the side’s gradual development.

Belconnen started the season losing their first four matches as Buttriss watched helplessly on the sidelines. However, since their victory over Yass, one aspect stood out when dissecting their poor start to the season.

“We were drifting in and out of games, probably playing for 40-60 minutes,” he said. “I think these last three weeks of footy we have been playing for 80 minutes and that just goes to show the results that have been coming out.”

Despite the string of impressive results, Buttriss claims that his men have dealt with different barriers and relied on their depth in that period and believe his side are capable of winning their third match in four rounds on Saturday afternoon (15 June).

“We have been faced with a bit of adversity in the last few weeks as well,” Buttriss said. “We have had a lot of blokes in and out with different things, people going away and injuries.

“I think the boys have been stepping up and just ripping in and doing their job, there is a little bit of depth at the club, which is helpful as well.”

Dan Cope - 14 minutes ago
👏 well done Emma. View
Alexandra Mary - 46 minutes ago
Jaimie-Lee Peattie it is! So awesome to see more being set up View
Montana ONeill - 2 hours ago
This is good to see and hopefully it grows throughout the region to other areas💙 View
Opinion 51

@the_riotact @The_RiotACT
A new Senate report is calling for changes to Australian Public Service outsourcing, with one Senator describing it as a world of opaque contracts, rent seekers, shadow workforces and 'sleazy Canberra deals' https://t.co/KB17Gr1YvB (49 minutes ago)