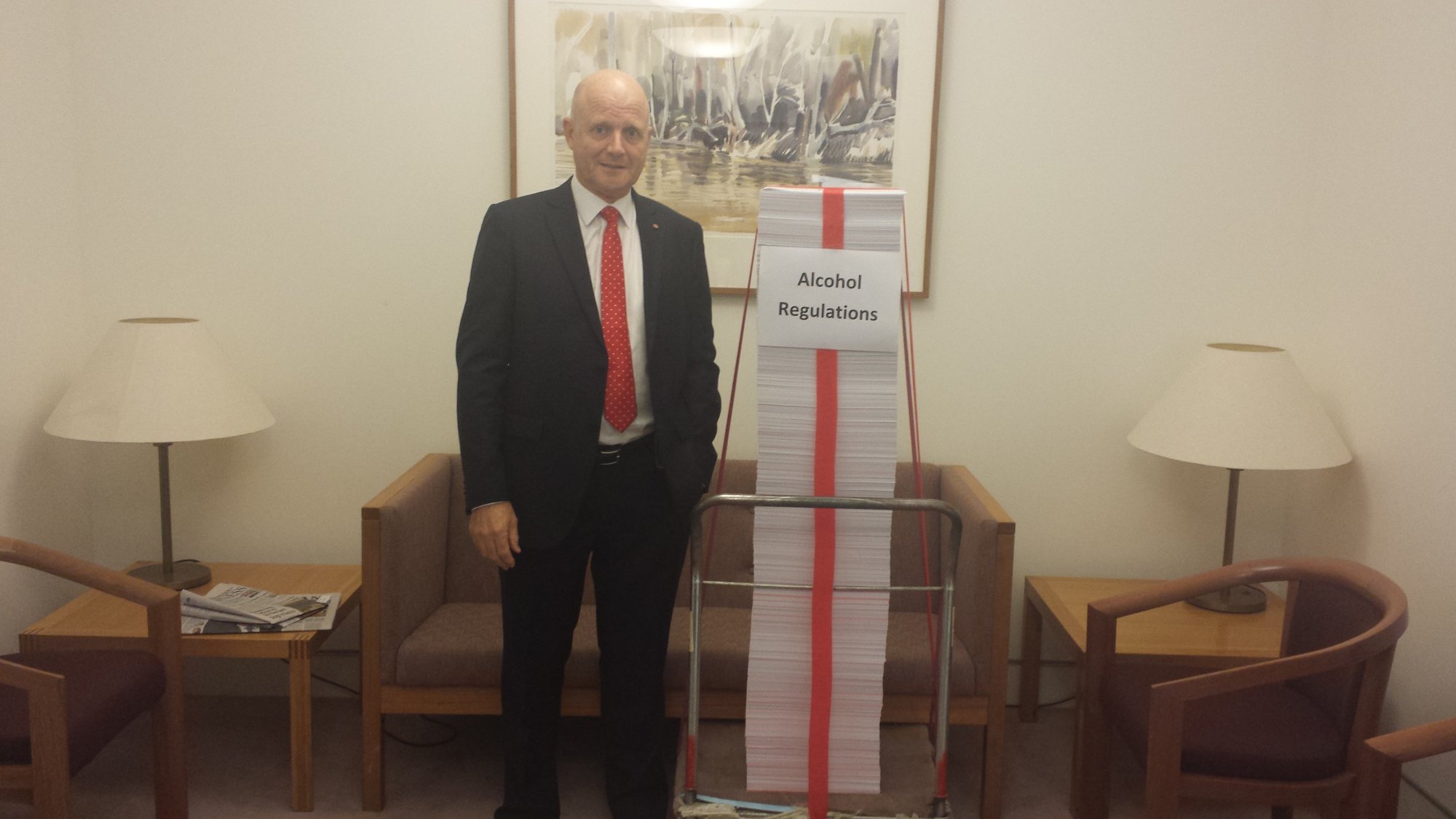 Have you ever been to Civic on a Friday night? Then you’ll have seen what Canberra’s drinking problem looks like.

But let’s be clear, while the ACT has a drinking problem, the problem isn’t alcohol. Alcohol is as old as civilisation, and by some counts even older. In alcohol’s long history it’s been used for all sorts of purposes—often as a force for good.

In the Middle Ages, beer was safer to drink than water; being boiled and fermented it was safeguarded from viruses and bacteria. Because it was high-calorie and sanitary, beer was a life-giving drink.

The same was true during the Industrial Revolution. When Captain Cook provisioned the Endeavour, he stocked 101 kegs of beer, all of which were drunk within a month. Each sailor was drinking a gallon per day by one estimate. Yet the Endeavour was hardly unproductive or overrun with violence.

The problem isn’t alcohol. What Canberra has is a culture problem. So how do we fix it?

One wrong answer is the one rolled out by the ACT government last week when it introduced new liquor laws empowering the government to force venues to install security cameras, stop serving shots after midnight and increasing taxes on big bottle shops.

The government believes that higher taxes and the long arm of the law will get the problem under control. But they’re wrong.

As it stands, there is no evidence that stronger alcohol laws improve nightlife safety. There is some evidence that higher taxes reduce alcohol consumption. However higher alcohol prices are part of the problem because they encourage drug use.

Study after study has found that one of the reasons young people are taking more drugs is because alcohol is so expensive. “Substitution between substances, whether they’re legal or illegal, is very common,” says Professor Alison Ritter, one of Australia’s leading experts on drug policy.

“That’s just sensible consumer behaviour at one level … It’s no different to the choices one makes when shopping in a supermarket.”

Increasing taxes on big bottle shops, as the ACT government plans, will only make this worse because these increases will be passed on to consumers, raising prices further. And let’s face it, while there is no good data on this, much of the bad nightlife behaviour in Civic that we blame on alcohol owes, at least in part, to drugs.

Drugs aren’t the only problem. The other big issue is that hospitality work is becoming casualised and deskilled. Backpackers in kitchens, and uni student bartenders getting paid below the minimum wage; everyone knows exploitation is rife in hospitality. With no job security, low workplace standards, and no trade unions; young people know that while a short stint in hospitality may be a necessary evil, you’re daft to make a career of it.

Why does this matter? Because it lowers the quality and morale of the hospitality workforce. In Paris, plenty of people get drunk and alcohol is much cheaper than it is here. But you don’t see the kind of alcohol-fuelled violence in Paris that you do in Canberra.

A major reason for this is that Paris has fully professional hospitality staff, who know how to deal with problem situations. With decades of experience, staff do not need to run to the loving bosom of the police when things go awry. They know when to stop serving people and how to do it politely.

So what should the ACT government be doing instead?

One solution, ironically, might be to make pub beers cheaper by reducing license fees. While plenty of Canberrans may dislike the idea of alcoholics descending on the pub, it beats the illegal alternative.

These two small steps won’t be a fix. But they’re movements in the right direction that do not require changes in federal law.

The release of the federal government’s Interim Report on Red Tape in the Alcohol Industry takes place this Friday.

Photo: Committee Chair, Senator David Leyonhjelm, will deliver a statement to the media and take questions at a small bar in Sydney on 31 March 2017.

Alcohol and violence go hand in hand. Always have, always will. It’s not a Canberra-specific problem and it’s definitely not a new problem. It’s adds nothing to the current debate – but there is absolutely no way the problem is any worse now than it was 40 or 50 years ago. My grandparents and parents would tell me the culture of “sorting blokes out at the pub” was more or less a normal part of life in the 60s and 70s… It takes media attention and high profile cases – just in the last couple of years – to strongly address it.

Now – the so-called “policy settings” on the issue are highly complex. The ACT Government has dozens of buttons it can push on opening hours, the cost of licences, security requirements, taxes, late night transport etc, etc. Then they must consider the interests of the business owners and their employees. All of these issues must be weighed up in the context of keeping people safe, whilst allowing personal freedom and encouraging personal responsibility.

You could eliminate violence in Civic by closing everything at 9pm. At the same time you ensure nobody ever died on the road by lowering all speed limits to 30kmh… But they don’t take this extreme approach with either issue because it is a balance of what is safe and what is practical. Closing venues early has proven to reduce violent incidents – but then everyone complains there’s no point in going out.

So my only points are that it’s complicated – and I don’t think there is a solution. Young males especially will continue to drink to excess in Civic – and some of them will ultimately end up in fights. The only thing for certain is the Government will continue to tweak the settings forever, particularly when someone is badly hurt.

PS. I’ve heard this Paris argument before – and I simply don’t buy it. They’re so sophisticated that even their nightclub party spots are staffed by highly trained, well-paid professionals?? And yet they’re able to offer cheaper prices? Then please do tell what the policy settings are that allow this?

If taxpayer funded health services were denied to drunks and they suffered the culture would rapidly change.

Kir Rin - 29 minutes ago
Rob Thomas do you potentially pay for other things that others may not? Do you have a separate entry? View
HiddenDragon - 1 hour ago
Another great thing about electric vehicles is that they're exempt from those old-fashioned rules about parking between the y... View
Alistair Cohen - 2 hours ago
Peter Major as per the article, it’s a user-pays system, and they use an app called chargefox to manage payments. View
Sport 9

Taryn Cameron-Smith - 7 hours ago
Karolyn Odlum Jennifer Cameron we had better go back soon to check it all out!!! View
show more show less
*Results are based on activity within last 7 days

National scorecard calls out ACT for being soft on alcohol

Baseball Australia says no to alcohol sponsorship and advertising