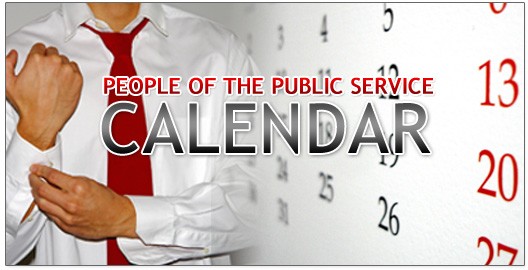 I’m stating upfront – I don’t listen to local commerical Canberra FM stations.  As such it would appear this calendar of public servants (and how anyone came to have nominated for it) has completely slipped under my radar.

Its for a good cause – so I’m not looking for any ‘what’s your problem, you Brown Cardy Hating killjoy?’.  Just was interested to know how people became a part of this – and yes, the bored, petty part of me wanted to know people’s thoughts on the entrants, and whether ‘Cam and Lisa’ are going to change people’s view of public servants with this calendar.  Are they going to use the photos on the Mix site? (cos

I don’t know … they look like a lot of boring FaceSpace pics – apart from Kevin at Defence … I just don’t want to know much more about THAT photo). Or are they going to do some kind of makeover session?  Boudoir shots? Fun with Photoshop?

As they say in rugby league: “If you ain’t got the cattle you won’t do any good”.

That’s about the level of pithiness that I’d expect from rugby league.

Yuk. Perhaps the local firies can give them some coaching. On second thoughts that would probably be a waste of time. As they say in rugby league: “If you ain’t got the cattle you won’t do any good”.

If they ever do a remake of “Gomer Pyle”, there’s your man…

I dont understand why you guys need to put people down who actually have the guts to do something for charity even though it might be a bit embaressing for them!!! Joel & Stuart would be doing movember which is also for charity, its so pathetic to think there is people that think its ok to trash talk people who are doing something for people ect who need help! If you dont like the idea of it or the people in it dont look at it or buy it no need to be so negative when they didnt do anything to you i bet use arnt the best looking ether!!!!

I think I met Felicity once, I might send an email to all my work colleagues and clients to see if they can put me in touch with myself, erm, I mean her.

What – not William from Finance?

I think I met Felicity once, I might send an email to all my work colleagues and clients to see if they can put me in touch with myself, erm, I mean her.

Was inclusion on this calender the result of a raffle?

I shall not single out any single face, by OMFGWWTT?

I work with one of the participants and am soley responsible for him being on there (I won’t say which one) It was a total gee-up and now he has a photo shoot on Thursday arvo and I believe they are dressing him up as an 80s hair band member. He’s got the blue steel down pat now. Its a bit of fun for charity, relax your flaps FFS

You’re not even trying anymore, are you?

I wonder if Louise cropped before she sent…

Why on earth would anyone put themselves forward for such a calender!!!

to raise money for charity.

You’re not even trying anymore, are you?

Why on earth would anyone put themselves forward for such a calender!!!

Good lord. Is that really the best Canberra has to offer?

Are Joel and Stuart time sharing that mo?

I think Ross from the War Memorial and William from DoFD have some explaining to do as well!

At least no labradors in the photos.

I think Ross from the War Memorial and William from DoFD have some explaining to do as well!

At least no labradors in the photos.

James Dof - 7 hours ago
I take the bus to get to the bus terminal with luggage and like I said it's 45 mins to civic and an hour less travel on the b... View
Julie Macklin - 7 hours ago
James Dof A bus every 15 minutes from Civic. In practice thought I imagine most people, even if there is a regular bus from w... View
James Dof - 10 hours ago
For me to catch a bus from Macquarie to Kingston it would be an hour and a half and an hour slower slower on the train than t... View
Business 3

All work on the West Basin area should cease until a complete environmental and heritage assessment has been made, according to...
Best of Canberra 48

@The_RiotACT @The_RiotACT
In this week’s RiotACT newsletter: which Target stores are closing? What’s the latest COVID news? Why are Braidwood’s historic trees set for the chop? Catch up here https://t.co/7vn958SSUV (10 hours ago)