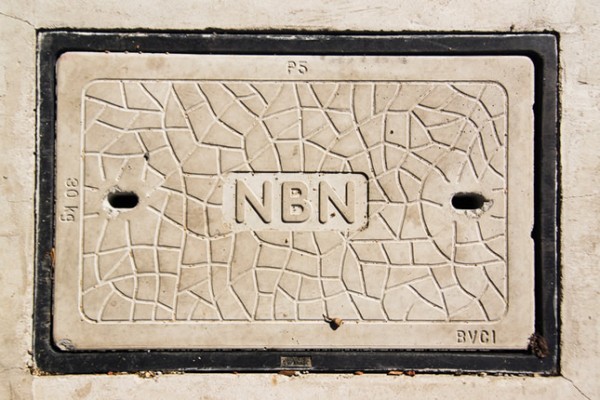 Canberrans received misleading letters saying their telephone and internet service would be disconnected if they did not move to the NBN. Photo: File.

More than 20,000 consumers and businesses across Canberra who were connected to the TransACT VDSL2 network have received misleading letters from NBN Co stating their telephone and internet service would be disconnected if they did not move to the NBN.

Between January and 11 July, 2019, NBN Co sent multiple letters to consumers and businesses across Canberra informing them they needed to move to the NBN or would face the prospect of losing services.

The telecommunications company has admitted in a court-enforceable undertaking to the Australian Consumer and Competition Commission (ACCC) that it misled Canberra consumers, who lived in areas where the NBN was operating, into thinking their telephone and internet services supplied over the TransACT network would be disconnected if they did not move to the NBN.

NBN Co has now committed to reimbursing the early termination costs paid by consumers and businesses who moved to NBN Co before 10 July 2019 and then chose to return to the TransACT network.

ACCC chair Rod Sims said it is unacceptable for NBN Co to tell consumers on other broadband networks, such as the TransACT network, that moving to the NBN is their only option.

“Moving to the NBN is an important decision and it can be confusing,” said Mr Sims. “Consumers should be able to trust that NBN Co is providing them with accurate information.

“The ACCC will not hesitate to seek high penalties in court against NBN [Co], and other telcos, if we see this type of conduct again.”

Leading telecommunications consultant Paul Budde told Region Media the mistake by NBN Co was “probably not deliberate”, but the letters highlighted the context of the company trying to monopolise the marketplace.

“They [NBN Co] are becoming a little less careless and a little bit more bullying, and the culture is becoming such that these sorts of mistakes can easily happen,” he said.

“It’s exactly what happened with Telstra decades ago and you see it happening with all the monopolies around the country and the world. Management just needs to be more vigilant of these things happening.” 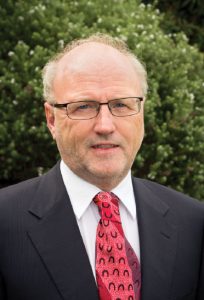 During the height of the COVID-19 lockdown, NBN Co offered internet retailers a 40 per cent capacity boost for five months from March at no extra charge. On 4 June, this offer was extended for internet providers to supply additional data capacity at no extra cost until 19 August.

However, Mr Budde said the government has a difficult role to play in regulating the only wholesale operator in the marketplace, with no plans to upgrade the network.

“As the owner, the government wants NBN Co to make as much money as possible and therefore not make a ruling on the company’s actions as it will negatively affect the income it produces,” he said.

“The government may, in the back of its mind, want to sell off NBN Co at some stage to privatise it, so again, they want to get the maximum amount of money for it by giving NBN Co as much monopoly as possible.

“NBN can then increase prices and use their monopolistic behaviour to ramp up revenue.”

A further issue exists in the rollout of the new network as the old network of copper wires is gradually being decommissioned, with the rest of Australia expected to be connected by the revised deadline of 30 June this year.

An examination of the latest NBN Co rollout data reveals the number of households placed in the satellite network has suddenly jumped by 20,000 in the space of a few weeks, ahead of the revised rollout.

Mr Budde said further attention is needed to address network speeds and connection issues in cities such as Canberra, especially during a crisis such as the COVID-19 pandemic.

“NBN has been holding up, but there is still not enough capacity to be resilient during a crisis,” he said.

“The international consensus is that you need fibre to the home, which puts pressure on regional areas such as Canberra to have a first-class network as many businesses and homes fight to keep up in a digital economy.”

Hullo I’m Nicole from the ABN, your service will be terminated, ring this number and you’ll be charged a ridiculous call charge

Got a number of robo calls over a period of about 2 years. Luckily I checked with iiNet soon after I started receiving the calls. The last of them was 1 June 2020 which I believe is #after# the NBN was asked to compensate the customers that they misled.

Go iiNet/ transact so fantastic. 75 at our place and over 80 at my daughter

yes so right. the pathetic speed available to me ie 40 makes it a joke. am looking at wifi as I don’t think we will get fttp here where I live in Perth anytime this Millennium.

Viktor Podolan as I said to someone above Wifi doesn’t work by magic. You need NBN or a similar service to go into the WiFi modem.

I got one but knew it was BS. nbnco needs a top-down cleanout.

Lauren O’Brien connecting that telstra modern signed you up. Here is an easy out.

Happened to my elderly mother in law who did t know any better. She doesn’t even have a computer. Now has this massive NBN modem

Richard Willcoxson what exactly happened to her? If she didn’t have a computer I doubt she would have had Transact which is what this is all about.

If all she had before was a Telstra home phone the letters were accurate and people did have to change.

And that “massive” modem unless you ask and pay for it, it doesn’t provide internet, it’s just used for the landline.

Wow. She should contact the ACCC. That’s terrible for her.

Richard Willcoxson My elderly mum too,

What’s worse is they disconnected the phone line and didn’t hook it back up on NBN. The install was very sloppy

If the phone was copper based then there was nothing to reconnect. Once someone moves to NBN, the copper for that Home is decommissioned. While it is physically there, it’s not used and will likely be removed at some point. If the phone was VOIP, then that needs to be part of the internet package (if on internet) or she needs to sign up for a VOIP package, which is probably a lower speed internet, with X GB / month and VOIP / internet phone. Perhaps look at what’s on offer.

Yep I got one too and ignored it, fortunately, as it was wrong.

Go Wifi instead of you can afford it! Much faster speeds.

Julie Maynard You cannot have Wifi without a service like NBN (or iiNet/Transact) supplying the internet to the wifi access point/modem.

I assume what you really mean is 4G or 5G but don’t be fooled by “higher” speeds they can offer as the difference is that speed is shared. 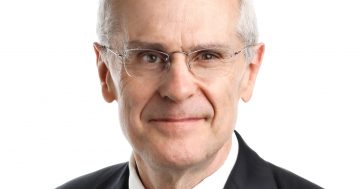