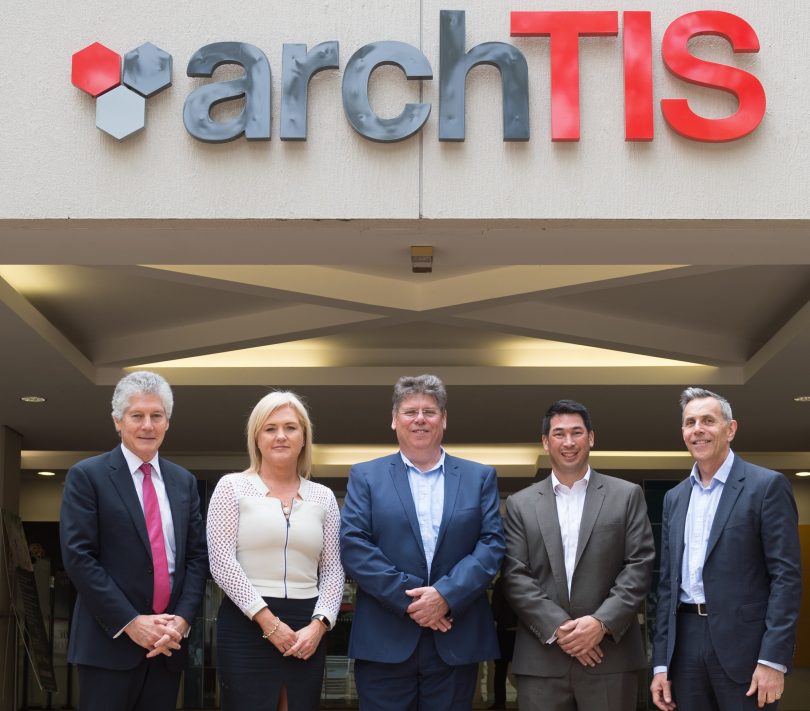 It said that having generated $13 million in services consulting revenue over the past six years, archTIS looked forward to scaling globally through the company’s next generation secure information sharing and collaboration technology.

Managing Director Daniel Lai said overwhelming demand for the company’s products had driven the capital raising and listing, which will enable it to accelerate the development of those products, with testing of the new product range starting later this year.

He said there was a need for federal and state government agencies to share and collaborate on information securely, as well as those industries that service government and were part of the supply chain.

ArchTIS had proven experience in secure information collaboration and sharing within the highest security areas of government.

“The difference between us and other products is that we solved a problem in the top secret space in the Department of Defence and what we did is take that security model and apply it to this new government platform, Kojensigov, and apply it to a lower level. So we’ve come down from top secret, not having to build it up, that’s a huge differentiation,” Mr Lai said. 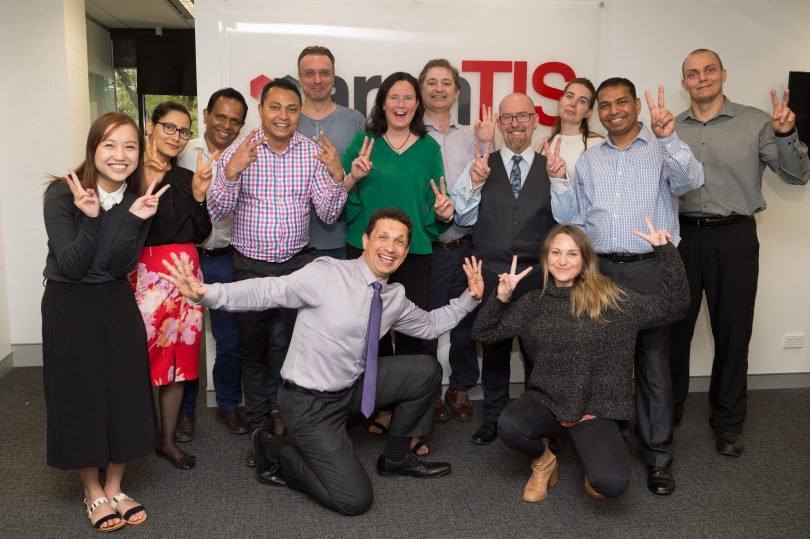 The cloud-based Kojensi suite of software solutions treated security and information sharing as one issue, whereas traditionally, these two challenges were treated as mutually exclusive.

“You don’t do security as an afterthought, which is what has been happening – people developing products then working out how do I secure it,” Mr Lai said.

“Often when we wrap security around the product, instead of embedding it in the product, you always end up with vulnerabilities and loopholes.”

The company’s outlook is global, with products already accredited in the US. The same challenges were confronting agencies around the world, and they were all looking for a similar solution, Mr Lai said.

He said the Canberra company, which started in an O’Connor kitchen 12 years ago, was proud of its roots and now had deep knowledge, deep experience and a deep relationship with government.

“The thing we’re excited about is when we talk to the US and the UK we’re leading the world in this, and I know you have other markets out there like the Israeli cyber security market and the US. We’re just fiercely proud to lead Australia in this space and demonstrate that to the rest of the world. That’s the goal here – to deliver a world-class company from Australia and from Canberra,” he said.

Mr Lai said archTIS was part of a very strong community in Canberra in the cyber-security space, including Penten which has just been named Telstra Business of the Year.

He said the company had attracted an extremely high-calibre board, including former Labor federal minister Stephen Smith, which showed confidence in its future.

The capital raising was supported by existing well-known investors SG Hiscock and Merchant Group, which have been long-term supporters of the company and have increased their holdings via the IPO fundraising round.

Jake Petrolati - 16 minutes ago
Samantha Barton looks pretty cool View
Christopher Cuba Rabanal - 3 hours ago
The address? View
Lee Powick - 4 hours ago
Taryn Powick True. Not sure I have the stomach to take the band aid off this morning 🤮 View
Community 28

Alex Swalling - 36 minutes ago
Yup and there is a gov house that has been empty for over 3 months. 3 bedroom in Charnwood. Total waste! A needy family could... View
Community 101

Peter Simpson - 1 hour ago
Signage on the building now way should they get away with that the surface condition diabolical for a person with disability... View
News 25

whatwik - 1 hour ago
Some sympathy for the non serial transgressors here - a few months back in momentarily exceeding 40 kph while moving through... View
Ian_Red - 1 hour ago
The ten speed cameras that raise the most revenue should have the posted speed for that location reviewed. I do not regard Ca... View
whatwik - 2 hours ago
Roadwork protocols (and enforcement of the responsibilities of contractors) require urgent attention throughout the country.... View
News 4

Mark Maddock - 2 hours ago
"He did complain of feeling a little fatigued but the deterioration happened suddenly is my understanding," Dr Chant said. Mr... View
Opinion 3

Ailsa Turrell - 3 hours ago
I agree - we have higher rates of vaccination here despite it being so difficult to get initially and I have not met anyone w... View
Ed N Joanne Towner - 3 hours ago
Juz Hawke Agreed. We are also fortunate to have a bit of distance from Sydney to make Covid control a bit easier. View
Juz Hawke - 4 hours ago
Definitely agree that Canberrans are mostly very compliant with the Covid rules, and very grateful we are largely unscathed.... View
News 11

Peter Richmond - 5 hours ago
If you ban vaping, ban smoke machines, they use the same ingredients to create the vapor, so next time your kiddies have a da... View
Food & Wine 62

A Canberra homeless man has been left traumatised and unable to sleep after his dog was impounded by Domestic Animal...
Community 96

A disabled parking spot outside Mawson Domino's pizza is the latest spark in an ongoing debate about roads and parking...
Community 96

@The_RiotACT @The_RiotACT
ANU has announced a new scholarship program in a bid to attract potential students put off by the cost of living away from home or moving to a new city @ANUmedia https://t.co/W7DFA7qWo2 (52 minutes ago)

@The_RiotACT @The_RiotACT
Have you hit a #pothole? You have plenty of friends as the wet weather wreaks havoc on the capital's roads https://t.co/SdXv0PSAil (2 hours ago)