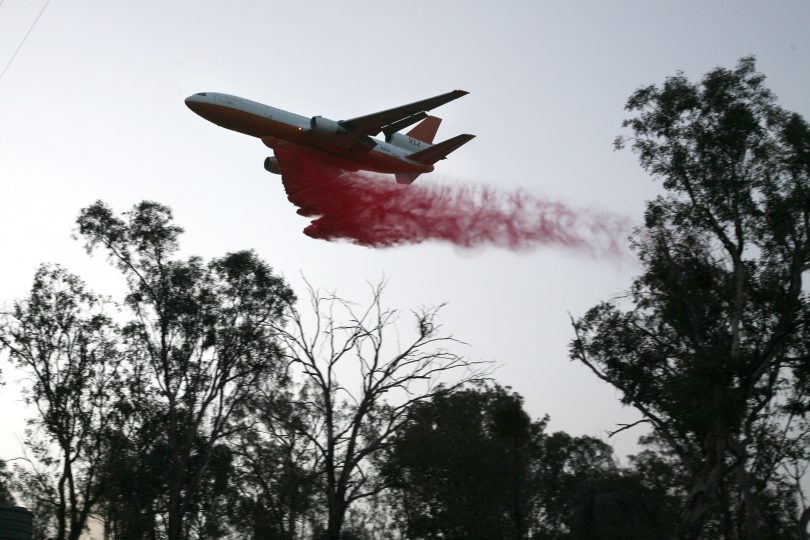 The DC-10 Air Tanker 912 conducts a fire retardant drop immediately behind the village of Tharwa on the evening of 1 February. Photo: ACT Emergency Services Agency.

After a summer of smoke and fire, a very thankful Canberra has farewelled the American very large air tanker (VLAT) that flew 29 missions during this bushfire season, dropping more than one million litres of retardant on fires across the ACT and NSW.

When Namadgi was ablaze and the Orroral Valley fire threatened Canberra’s urban interface, the VLAT and its crew worked tirelessly alongside the ACT Emergency Services Agency (ESA) for 40 days of continuous firefighting to help contain, and eventually extinguish, the threat. 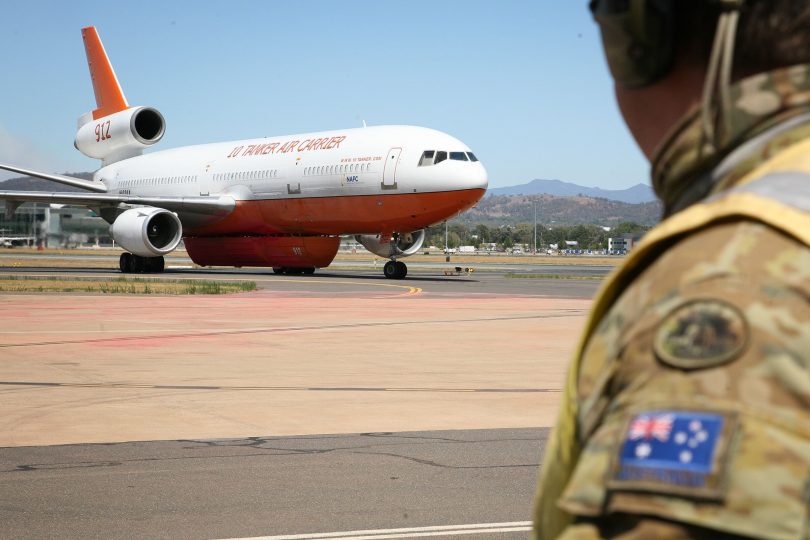 “When the VLAT was flying and dropping retardant in South Canberra, ESA received lots of comments and praise from the community that they felt safer knowing such a powerful asset was available to protect them,” she said.

“Strategic retardant drops were completed during the Orroral Valley Fire which slowed down fires burning close to Tharwa, and Mount Tennant near Gordon.”

Tharwa was threatened directly by the fire, including being hit by an ember attack, with the front coming just mere kilometres from the small southern ACT community.

The aircraft – which can hold up to 35,000 litres of water or retardant – was used to strengthen containment lines around the village.

Its entire load can be dropped in four to eight seconds and cover an area about 1 km long and 30-metres wide.

A line of retardant now spans the bottom of Mt Tennent. This pink defensive line should help to contain the fire south of Tharwa. A total of three drops by various aircraft including the VLAT (DC10) have created the 2.5km line. #OrroralValley #CanberraFires pic.twitter.com/MXQwscrduD

The VLAT was contracted in coordination with the National Aerial Firefighting Centre for 50 days, with the DC-10 Tanker previously being commissioned to help fight bushfires in the US, Canada and Chile before arriving in Australia on 23 January. 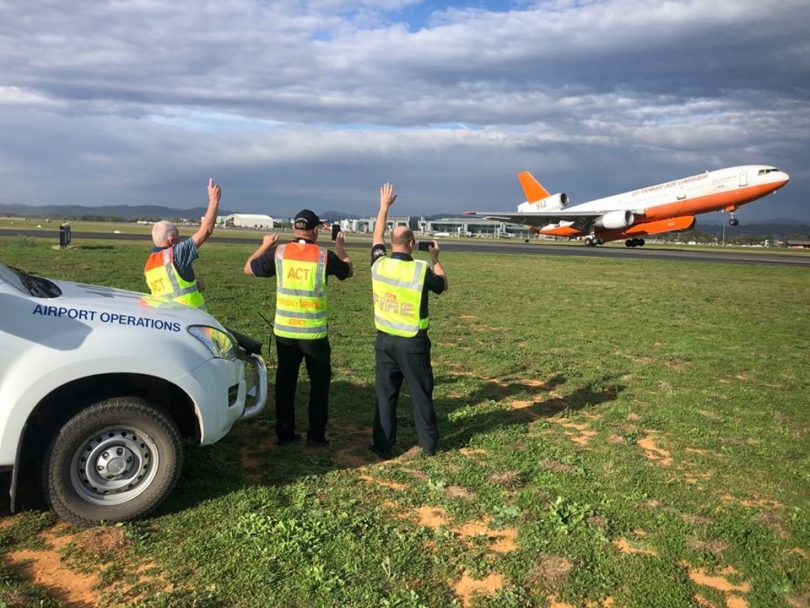 Thank you for the wonderful job you did and for saving my family and I from the devastating fires others suffered. Safe trip home.

Many thank’s ,for an amazing job !!

Flying over Mt Wanniassa on one of their many trips

almost forgot about the bushfires, that was like two or three crises ago, what a year!

Ciao ciao my friends!! Huge thanks for being with us in the hard times!!

Got a picture of it over Kowen Forest on Canberra Day! We had friends out for lunch and they got ‘dinner and a show’ 😁