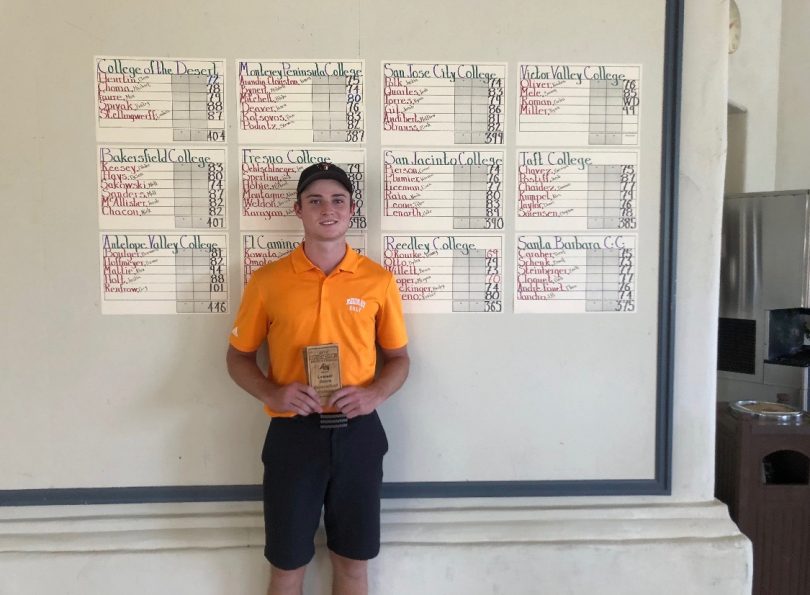 Thomas O’Rourke is pursuing his dream through the US college system. Photos: Supplied.

At Royal Canberra, they still talk about the day Thomas O’Rourke had one of the greatest rounds ever played at the Yarralumla course.

That was in 2018. Thomas was on a break from studying Business Management at Reedley College in California where he was part of the college’s golf program. He returned to Canberra and shot a round of 10-under par.

Fast forward and Thomas is back in Canberra.

“I had to come home as the college was shut down because of COVID-19 and they allowed us to continue our studies online,” says Thomas.

He is about to finish his studies at Reedley College and will spend the next two years at the University of the Pacific in California after securing a significant scholarship to further his golfing career.

This means he will play in the high profile NCAA (National Collegiate Athletic Association) system. It’s proven to be a rich nursery for future stars of the PGA Tour.

Good performances in the NCAA could lay the platform for his future but Thomas is cautious: “It depends on what happens in the next two years.”

Thomas is following the path travelled by a number of Canberra golfers including Harry Bolton and Bailey Scifleet, both of whom went to the US to study and further their golf careers.

Harry, who was recently named as one of the eight outstanding golfers to represent NSW at the 2020 Australian Interstate Series, attended Newberry College in South Carolina. Bailey Scifleet is majoring in accounting and is part of the golf program at Georgia College.

Thomas recalls, “When I saw what Harry was doing in the US it inspired me”. 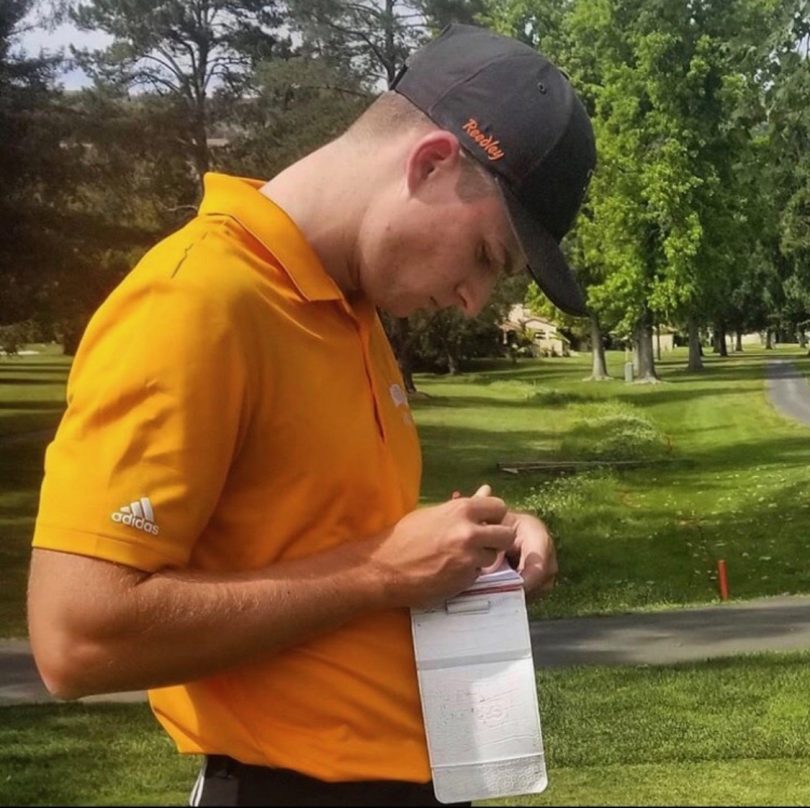 Thomas started playing golf at 11 years of age in the sub-juniors at Yowani. He continued playing there until he was 17 years old before switching to Royal Canberra.

“I reckon at about the age of 15 I started to think about life after school,” says Thomas. When he graduated from Radford College he decided that his focus would be on maximising his potential as a golfer.

To make a living out of the sport he will need to turn professional after finishing with the US college system but his expectations are realistic: “I would like to try my luck on a smaller tour like the Asian Tour or the Australian tour.”

Thomas has already done enough to indicate his potential. No doubt there will be plenty of people in his corner willing him to succeed.

Great story Johanna Elizabeth O'Rourke! He has done so well!

And how did Tim go. Well down Wayne.

Played with him that day. 8 birdies on the back nine.

Wow well done Thomas. All the best for your future in golf.

Your hard work will pay off Tom, well done.

Yay Tom! Such a super star! Can’t wait to see where you will go with your golf.

Congratulations Johanna Elizabeth O'Rourke and David, takes after his Grandad I hear👍

Jeanne Mclauchlan - 20 minutes ago
Vanessa Schultz Hi Vanessa, it is very sad time for all, regards Jeanne View
Illyria Tyers - 5 hours ago
That's very young ... #RIP.... View
Vanessa Schultz - 12 hours ago
Too young, and always a happy football mad kid, I grew up across the road in Hopetoun Circuit Yarralumla from the McInnes RIP View
News 39

Matt’s back to tackle the Japanese Tour

The Best Golf Courses in Canberra

Is Canberra sport ready for the impact of the drought?

Helping Canberra charities par for the course for Effective People

@The_RiotACT @The_RiotACT
The Greens & the Shooters, Fishers and Farmers Party have both announced candidates for Eden-Monaro as the race heats up. And with just over a month until the by-election, how will COVID-19 affect what could well be a tight race? Genevieve Jacobs has more https://t.co/HBSmZSAw63 (54 minutes ago)