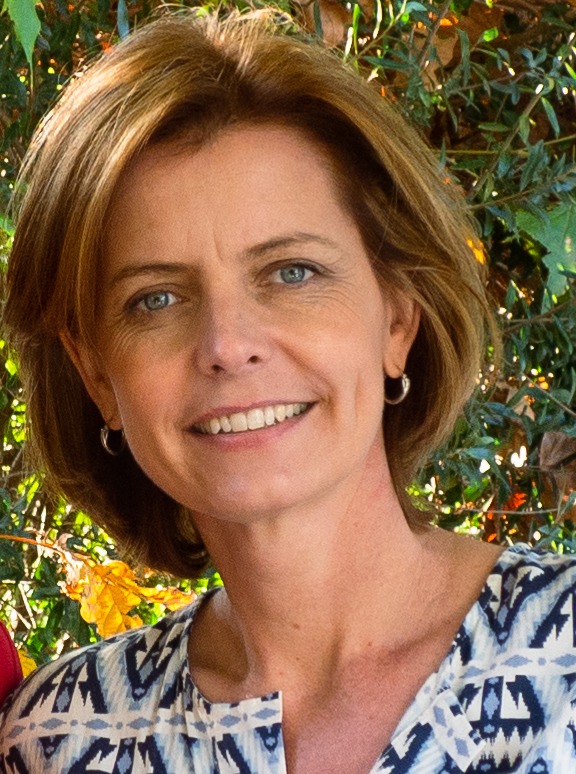 Canberra healthcare worker Megan Spavins is vaccinated against COVID-19 with the Johnson & Johnson vaccine, but it is not recognised in Australia. Photo: Supplied.

Canberra healthcare worker Megan Spavins is concerned she may be excluded from her work and from businesses interstate despite being fully vaccinated against COVID-19.

Ms Spavins received the Johnson & Johnson vaccine when she was living in South Africa before migrating to Australia three months ago.

But only people who have received Pfizer, AstraZeneca and Moderna vaccines are able to list their COVID-19 vaccination in the Australian Immunisation Register (AIR).

This means that once Ms Spavins’ children receive their COVID-19 vaccinations in Australia, her family will be able to enjoy freedoms across the border in NSW – such as entering hospitality venues – that she’ll be forced to miss out on despite being fully vaccinated.

But her problems do not stop at restaurants.

As a healthcare worker, Ms Spavins works with people who have a disability, and should the Federal Government mandate staff working with vulnerable people be vaccinated – as it has with residential aged care workers – then it would impact her employability, she said.

“My work does require me to travel to other states so how will that affect my work?” said Ms Spavins.

“My employer also expressed concerns that if there is a requirement to be vaccinated to work with people with disability in the future, how would that impact my ability to perform my duties?

“I am vaccinated, but it is not recorded in the Australian system.”

Ms Spavins said she is happy to receive another vaccination, but was advised against it by a consultant on the Medicare COVID-19 support hotline.

“That would be easy to just go and get another vaccination, but that is not what they want me to do,” she said. “I guess that is because they do not know what the impacts of having two different vaccines might be.”

A spokesperson for the Federal Department of Health said work was underway to recognise the vaccination status of people who have received the jab overseas.

“The reporting and treatment of other international COVID-19 vaccines in the AIR is still under consideration,” said the spokesperson. “Further enhancements to the AIR are expected in the near future to allow the reporting of these vaccines.”

ACT Chief Minister Andrew Barr has questioned the ethics, practicality and effectiveness of vaccination passports, saying the ACT would not need to provide incentives to people to get vaccinated because of the high take-up rate in the Territory. 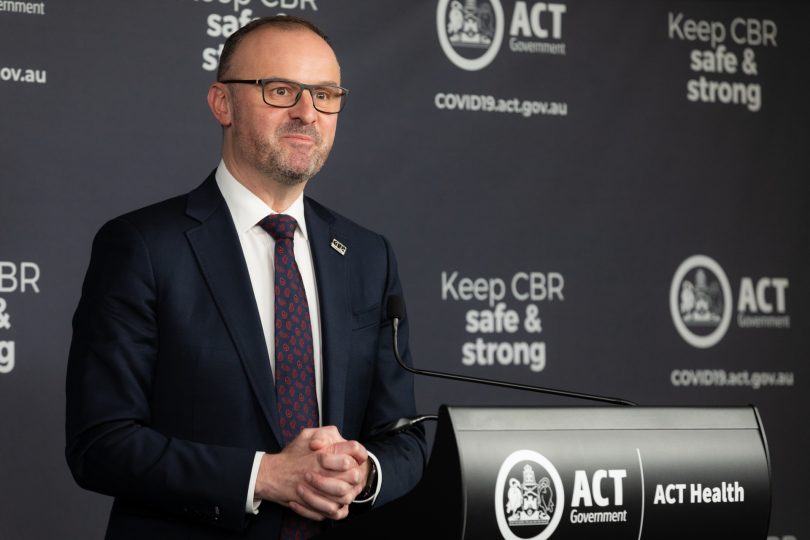 ACT Chief Minister Andrew Barr said there is no need to introduce vaccination passports in the ACT to increase the Territory’s vaccination rates. Photo: Michelle Kroll.

While Australia’s two biggest states, NSW and Victoria, push ahead with apps to prove a person’s vaccination status, Mr Barr questioned how long the passports would remain in place, and whether keeping them in place long-term would entrench discrimination.

“Do we want our police forces going around checking on individual businesses and individual transactions as to whether a business has served an unvaccinated customer?” he said. “Is that the sort of Australia we want to live in?

“Are we going to require that people show a vaccination certificate around their flu vaccination? What about measles? Rubella? Whooping cough? Polio? Is this a new part of Australian life?

“These are questions that will need answers.”

However, on Wednesday, 22 September, it appeared Mr Barr had all but resigned himself to the fact that other states would move ahead with vaccine passports outside of a cohesive and nationally consistent framework agreed to by National Cabinet.

READ ALSO ACT could be shortchanged 60,000 Pfizer vaccines in October

Mr Barr said most of his state and territory counterparts at National Cabinet did not provide further details about different restrictions that vaccinated and unvaccinated people would be subject to in the future.

“I think it is every state and territory for themselves,” he said.

“NSW has not provided any detail beyond its initial 70 per cent requirements, and Victoria has laid out some differences [for vaccinated and unvaccinated people] at the 70 per cent and 80 per cent [vaccination rates].

“I do not think anyone has gone on the public record saying they are determined to make these permanent discriminatory measures so one would hope they would only be temporary in jurisdictions that do adopt them.”

Victoria’s mandate for construction workers to be vaccinated has sparked violent protests throughout Melbourne this week, and NSW has also mandated the jab for teachers.

It might be a complicated issue splitting jurisdictions and Australians, but for Ms Spavins, she has a simple overarching message: “I am vaccinated and I want to be a part of the vaccination numbers.”

Geez!!! Now they discriminate about which vaccines people have…. 🤔

J&J is a one dose only vaccine.

Kerry Apted ^^ J&J is one shot

Thats fine she should be able to access a free vaccine supplied .

Kerry Apted I have .
And stand by my original comment .

So how is the government going to handle vaccinated people who have had approved vaccines ? Sputnik etc

All you people saying “just mix” or “to get another one” there’s a lot of conflicting reports AND they’re only talking about AZ and Pfizer.
J&J isn’t mentioned

Just get another one

…then just go get the AZ or Pfizer?

Redmond Herrington why would she? She’s already been vaccinated 🤦‍♀️😆

Redmond Herrington
Obviously if they can be mixed that is.

G’Lyz Wogly
A mate (under 40) raced out to get AZ when he was allowed. After his first dose Qantas said Pfizer only. So he waited until he was allowed to get Pfizer with out any mixing issues.

Kerry Apted theyre bound to recommend that. getting a different jab is safe and effective.

Redmond Herrington link to credible research that shows that?

Yes well, the word could fills one with utter confidence.

Redmond Herrington Link to credible source? For getting double vacced AND with a different vaccine.

Redmond Herrington OK, since covid has been a GLOBAL pandemic and vaccines have been available and approved for at least 18 months, then why are not ALL ‘approved’ vaccines GLOBALLY recognised and accepted?
This in itself is a red flag and massive concern – something does not add up (the same vaccine for polio, small pox etc was all globally approved and used across all nations)
The AZ vaccine is still not approved in USA (but developed and widely used in the UK and other countries)

Nada Krstin I’m not sure vaccines have been available for 18 months? All of these lockdowns may have been avoided if that was the case. I believe they all go through the TGA, which has much higher standards than several other countries, and both mRNA (pfizer, Moderna) and adenovirus-based vector (AstraZeneca,Johnson and Johnson) vaccines have been given provisional approval. I guess things will get tricky with vaccines like Sputnik and Sinovax due to question marks over efficacy and safety. Can we rely on data from Russia and China alone?

Nick Smith ok, covid virus was detected/reported in Wuhan around Dec 2019 – the rest of the globe notified Jan 2020 – restrictions for travel announced soon after – by around mid 2020 vaccines promoted/made available around global nations… so yes, vaccines have been available for nearly 18 months …
I find it a bit arrogant to believe only Australia’s TGA has “much higher standards” than the rest of the world – incl other first world nations like UK, USA, Canada, Germany, Canada, Denmark, France etc
Your response still does not actually add any value to my original question of “then why are not ALL ‘approved’ vaccines GLOBALLY recognised and accepted?
This in itself is a red flag and massive concern – something does not add up (the same vaccine for polio, small pox etc was all globally approved and used across all nations)”