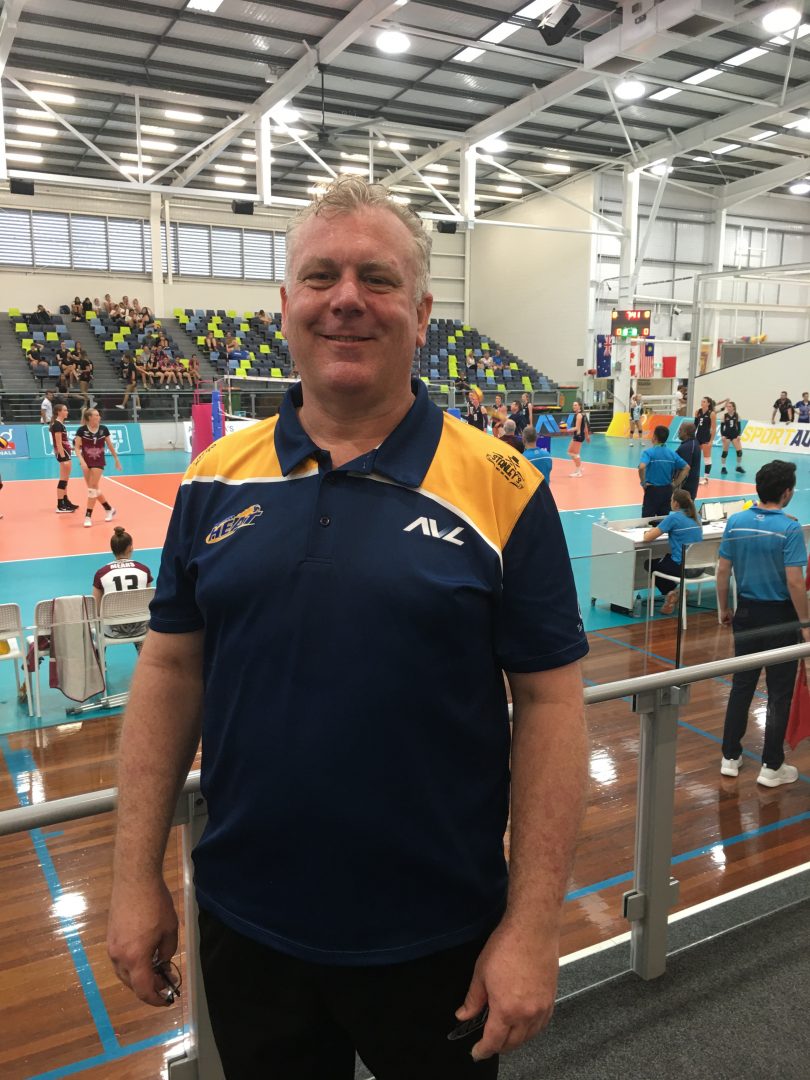 Coaching the Canberra Heat men’s volleyball team to success on and off the court. Photo: Tim Gavel.

Les Young is the epitome of all that is good in sport. You can see it as he guides the next generation of young volleyballers through a stage in their careers where stability is essential.

As coach of the Canberra Heat men’s volleyball team, Les has achieved enormous success through his holistic approach with the team.

Most recently, the Heat made it to the gold medal game in the Australian Volleyball Super League, only to be beaten by the powerful Queensland Pirates in five sets.

In the public sphere, the effort is celebrated. But this is a sport that doesn’t have big money coming through the door so the commitment by all involved is considerable.

“All staff are volunteers. There are no paid staff,” says Les. “Most of us pay for our own flights and other costs necessary to make it happen, but we all love it.”

Players also have to contribute financially.

With a young team, including 16 and 17-year-olds, this can be a burden, and it’s understood Les has financially helped players this season that may have struggled to play because of the cost. He has also helped fund the live streaming of the Canberra Heat games.

“It’s self-funded, plus some good support from the ACT Government. And we’ve got a couple of small sponsors,” says Les.

It is one of the reasons behind the success of the team – a team made up of players who are playing for the love of the sport.

“We train two or three times a week. They do it around work, school, university; and they also do their club training as well,” says Les, “It’s definitely not the same as a club team in Europe. Here, we work with what we’ve got with the availability of players and everything else, but it seems to come together.”

Les came to Canberra as a teenager in the late 1980s. He was in the defence force, and the sporting options at the time were rowing and volleyball. Not keen on the 6:00 am starts, he chose volleyball and went on to play for a number of years before becoming hooked on coaching in 1999.

Since then, he has coached state and national teams with considerable success. He’s been appointed head coach of the Australian junior men’s team for next year’s Asian under-20 titles. He has also been a driving force in the development of volleyball in Canberra through various roles.

Les, a consultant with business interests, says he gets enormous satisfaction in seeing young players develop as they progress through the ranks in the sport. His contribution to the sport in Canberra has not only helped the Heat become a major player on the national stage, but he has also impacted on the lives of many young people who enjoy the sport of volleyball.

A great leader and mentor

Congratulations on the recognition.

Chris Prentice - 26 minutes ago
Matthew Soall But it is a business. View
James Vetos - 55 minutes ago
A committed centre of learning excellence... Nope, a one trick business struggling under a poor business model. Should be ash... View
Liam O'Toole - 3 hours ago
Emphasis on international students. ANU is discovering the results of putting all your eggs in one basket. View
News 22