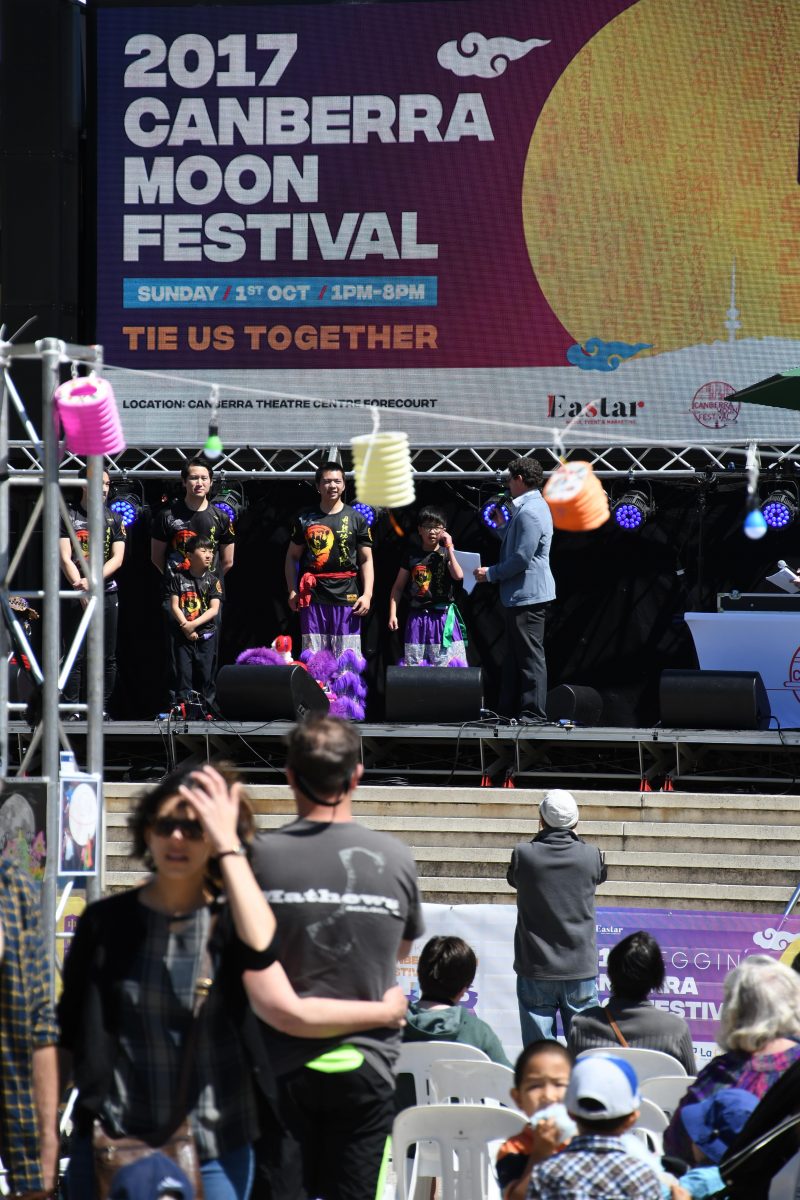 The 2017 Canberra Moon Festival opened on a sunny Spring afternoon in the city.

Spring was definitely in the air on a beautiful Sunday afternoon in Canberra.

I was sitting among the crowd watching the Master of Ceremonies announcing the opening of the 2017 Canberra Moon Festival. This year’s theme was ‘Tie Us Together’ which was well reflected by the wide range of vendors and visitors taking part.

The fairytale origin of the Chinese moon festival is not something I had ever understood. All I knew was that it was a time for family reunions and is considered to be the second most significant celebration (after Chinese New Year) in China.

Then, my questions were answered when the big screen above the stage lit up to display a Chinese style painting. 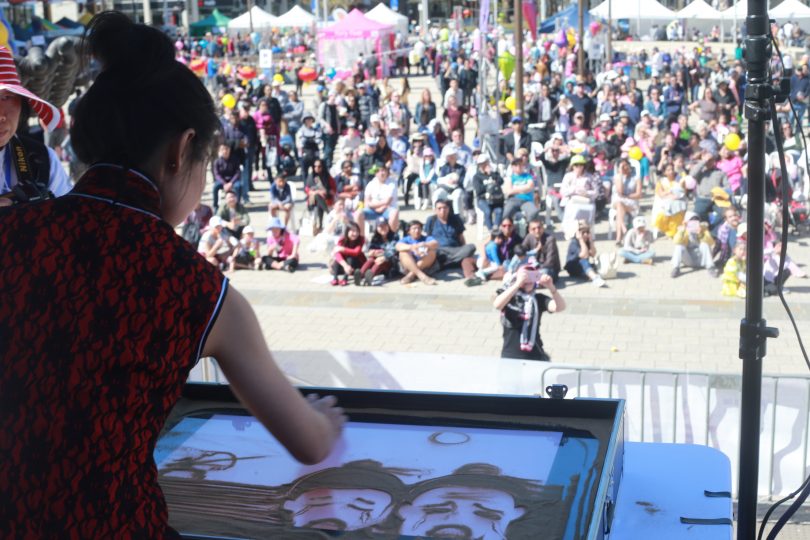 The Moon Festival story told by hands and sands.

Looking at the screen carefully you soon realise that it is, in fact, a live image projection of a work table at the corner of the stage where a Chinese lady in a red and black traditional costume was doing a sand painting – using her hands on the glossy surface to conjure the picture.

With a musical background, the painting continuously changed, illustrating the narrator’s telling of the Chinese Moon Festival fairy tale.

It was so amazing and beautiful that I, along with the rest of the crowd, was utterly transfixed for several minutes.

As the event concluded I was deeply touched by a familiar tune sung by a famous Chinese pop star. The song is based on a famous poem about the Moon Festival – Middle Autumn by Su Shi from the ancient Song Dynasty of about 1000 years ago.

Why was I so touched? Well, the ending words of this poem say it all:

In English that is: “Even though we may be thousands of miles apart, we wish our friends a long life so they may share the beauty of this graceful moonlight”.

Like me, the 6,800+ visitors to the Canberra Moon Festival certainly appreciated those beautiful moments!

The traditional celebration of the Chinese moon festival will last for the whole week. To try the delicious moon cakes, you can visit selected Asian grocery shops or Chinese restaurants. 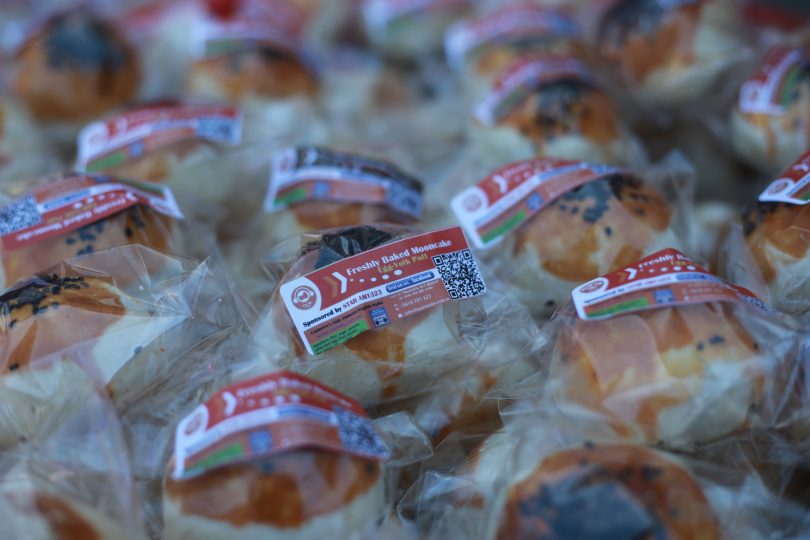 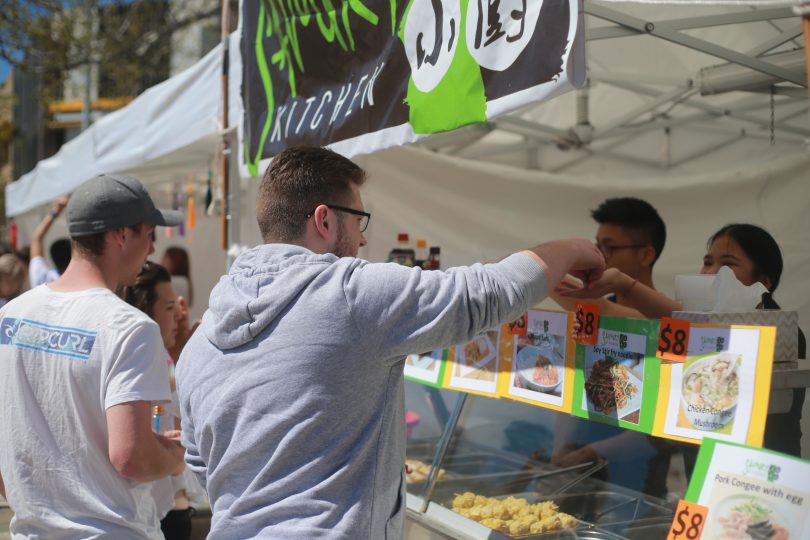 A treat for the senses: the Festival hosted a number of food stalls with lots to eat. 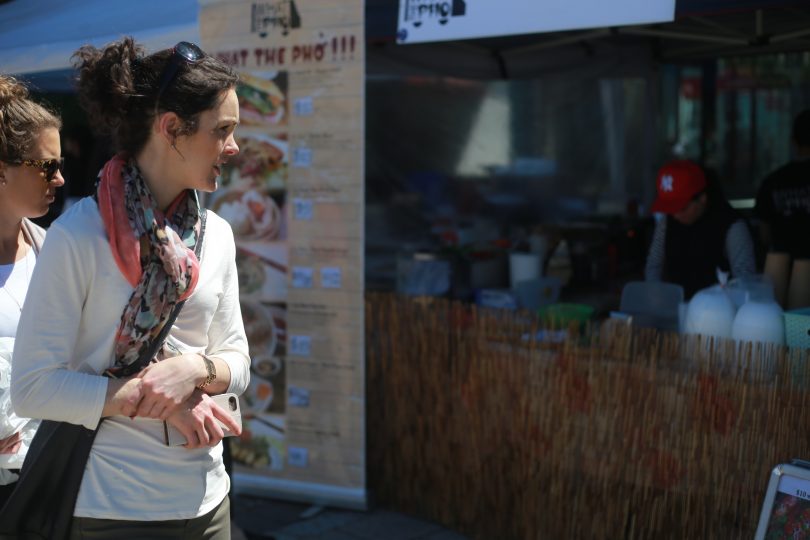 We hope to see you at next year’s Canberra Moon Festival!

Also celebrated in a number of Asian countries outside China – Vietnam, Korea and Tibet.

Hopefully they will not be launching any of those sky lanterns, especially at this time of year:

Louise Armour - 4 minutes ago
Our neighbour-and yes, we have one of Barb's beautiful blankets☺️ View
Jen Wittwer - 10 minutes ago
Louise Armour do you know her? View
Kate Jarman - 58 minutes ago
So special. Well done Barb 💜 View
Community 15

Gaye Ghioni - 5 minutes ago
Emma Boyle of course!! I set the trends, ya know. View
Emma Boyle - 7 minutes ago
Gaye Ghioni maybe he just wants to fo all the places you have been 🤣🤣 View
Peter Hatfield - 2 hours ago
He can stay at the Cowra-van Park! View
Sport 119

Graham Smith - 21 minutes ago
Alan all the best. However it happens, it’ll be great to see SFP continue to develop as an outstanding National quality fac... View
Bill Gemmell - 36 minutes ago
I agree in the principle of charging the economic cost of providing a public place to park a private vehicle. But, just can't... View
Geoff Withers - 2 hours ago
Registration charges in the ACT should cover parking costs, its ridiculously high. View
Community 27

James Forge - 1 hour ago
Ben Oostermeyer I agree. The usual excuses of transport costs and lack of competition don't wash when fuel that has to travel... View
Opinion 100

Redgum - 2 hours ago
Better Renting is correct on one point only. The decision to invest in a rental property is a business decision. Investments... View
News 10

Paul Kowal - 5 hours ago
Super impressed, Ashley, with the effort and fund you raised! Will keep an eye out for the next fundraiser. Kind regards, Pau... View
show more show less
*Results are based on activity within last 7 days

@the_riotact @The_RiotACT
The machinery shed is the heart of every farm - it's also the inspiration for a new children's book by Binalong author Angela Taylor https://t.co/5Re2h7YwcX (39 minutes ago)