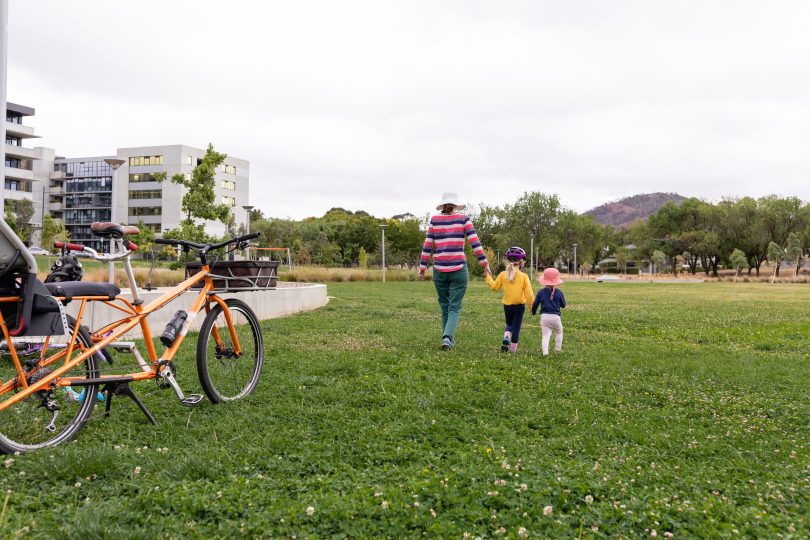 Campbell might be known for its family living, but this is reflected in its rental prices too. Photo: Daniella Jukic.

It won’t be a revelation to renters, but Canberra is still the most expensive city in the country to rent a property, with the inner north suburb of Campbell coming in as the city’s most expensive.

According to CoreLogic data, renting in the ACT will set you back an average of $633 a week, well above the national median of $485 per week.

The typical unit in the ACT will cost $533 a week while the median house rental price is $690 a week.

As the property market booms, weekly rent in Canberra has gone up by 9.6 per cent compared to an annual national rental rise of 8.9 per cent – the highest growth since 2008.

Across all capital cities, rent increased by 1.9 per cent in the last quarter, but only 1.5 per cent in Canberra.

CoreLogic’s report also listed the 30 most expensive suburbs to rent in.

In the priciest suburb of Campbell, the weekly median rent for a house is $952 per week, followed by Throsby at $890 a week and Wright at $875.

The most affordable suburb to rent a house in was Charnwood, with median weekly rent of $589.

When it comes to units, the priciest suburb to rent in is Yarralumla where a unit will cost $816 a week, compared to the most affordable suburb of Curtin which will set you back $442 a week.

McIntyre Property’s head of property management Amanda Gordon says rent prices are only likely to increase in the coming months as the sales market booms.

She’s seen firsthand the increase in rents take effect in Tuggeranong, where most of the properties McIntyre Property manages are located. She says the market is only getting tighter.

“As it’s such a good time to sell, we’ve simply got fewer and fewer properties,” Ms Gordon explained.

“The ones we do list, we have people simply tripping over themselves to apply for.”

She’s concerned that more investors will take their money interstate without government incentives to reduce land tax on property owners who do choose to rent.

Around the country, Sydney was the second most expensive city at $595 per week, followed by Darwin where a rental property will set you back $561 a week, Hobart at $507 per week and Brisbane and $491 a week.

Melbourne is the second-cheapest rental market, with a typical dwelling costing $450 a week.

The most affordable capital city to rent in is Adelaide with rentals available from $440 per week.

He believes with only small increases in household incomes, rental affordability in Australia is also likely to become an issue.

“Data to March shows renters were spending an average of 28.7 per cent of their household income on rental payments, which is slightly above the decade average of 28.1 per cent,” Mr Lawless said.

“Rental affordability has deteriorated further from there, which is likely to see more renters looking towards higher density rental options where renting tends to be more affordable.”

Barr was hoping people would buy up all the tiny poor quality units that are being built everywhere. Thousands of them popping up. They all look the same. But most people don’t want to live in them, and investors don’t want them either (very small, high taxes, poor quality, and land taxes in the ACT are too high). So many of these new units just sit empty. Perhaps Barr can buy them back (at triple the price) and use them for public housing.

Two words ‘land tax’
The reason I wouldn’t own a rental property in Canberra.
I did once but the government costs were way too high when compared with across the border.

High immigration levels have always been given as one of the reasons for rental and housing cost increases. However, with immigration now at record low levels, this factor can no longer be cited as a cause of current inflated rentals and housing costs. Rental and housing costs have risen across Australia due to low interest rates, buyer demand for bigger and better homes, diverted travel money and other reasons. But unique to Canberra and an explanation for our excessive, higher than average rises are exorbitant rates/land tax rises and a deliberate Labor/Greens policy of urban infill on more expensive land. Besides raising the cost of housing for everyone this has also caused massive houses to be built on small blocks and a decline in the suburban tree canopy. Why can’t young people find or afford a home? Blame Barr. And blame ourselves for voting for him. And blame the Liberals for being insipid, uninspiring and unelectable.

Low immigration but also record low interest rates, housing/asset booms always occur when interest rates are low and with uncertainty about when the economy would come back the lack of capital gains tax on family home makes residential property a winner. However putting capital gains tax on family home (to put it in line with other assets) means interest would be tax deductible and as interest makes up most of a mortgage early in the loan then unclear impact of that on house prices.

When the Government charges Land Tax at 150% of the properties Rates and annually increases Rates faster than CPI increases, those costs are going to end up as part of rental costs.
I do not own a rental property.

Deirdre Chambers, what a coincidence!

After years of rates and land tax being hiked, and ever more punitive changes to the rental tenancy legislation being made, what exactly did the government think would happen? Landlords are leaving the ACT market for elsewhere where the returns are better and the risk less. I have just sold a 3br investment home northside for exactly that reason. The bank told me they had not written an investment housing loan in the ACT all year with Canberra investors now buying in Sydney or Brisbane.

I think that is what might be called on own goal, Mr Barr.

20 years of Labor / Greens adding more and more regulatory red tape and the skyrocketing Rates and Land Taxes (applicable to rental properties) have forced a number of investors interstate where they can make more money with less government rubbish… Tenants are the ones left holding the bill and the government who caused it blames land lords…. time to wake up to Labor / Green failures…

Strange because in Reid we live beside 500 recently finished apartments that are still vacant.

If the construction is complete but the units are vacant, I’d expect that settlement of the purchases hasn’t occured because the Units Plan hasn’t been registered with the Land Titles Office.