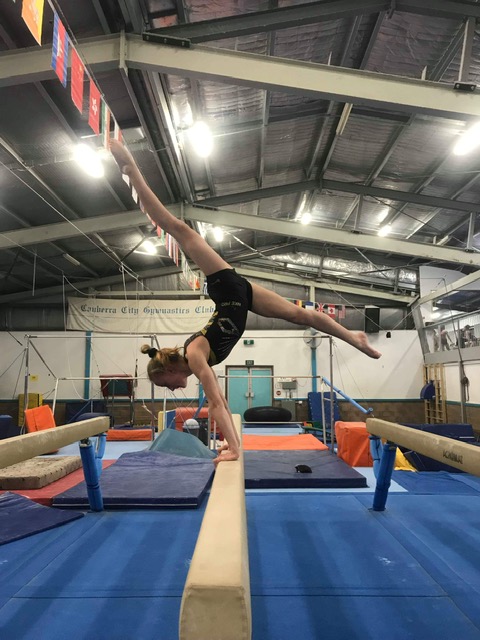 Rebecca Rainey has been with the Canberra City Gymnastics Club (CCGC) since she was four. Photos: Supplied.

Michaela Smith at 16 and Rebecca Rainey at 14 are practically veterans of gymnastics, having been in the sport for close to a decade.

Those countless, gruelling hours of training to make it the top of gymnastics are starting to pay dividends – both have been selected in the Australian team for the Women’s Artistic Championships in New Zealand next month.

It’s not a stretch to suggest the training regime is tough. As tough as any sport. They currently spend 22 hours a week over six days honing their skills morning and night. This, of course, is on top of school and homework.

Michaela has been training with the Canberra City Gymnastics Club (CCGC) for her entire career, starting when she was just six years of age, while Rebecca has been training for gymnastics since she was four years old, before joining the CCGC in 2018. 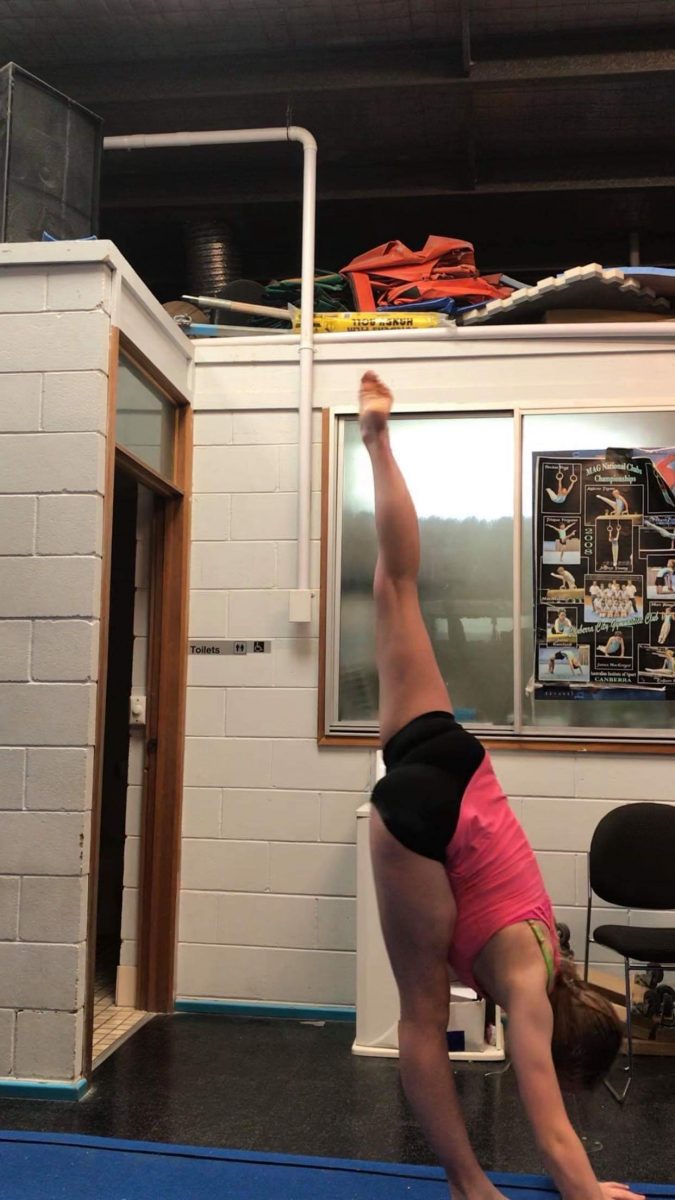 Michaela Smith has been training with CCGC for her entire career, starting when she was just six years of age.

Both have an incredibly pragmatic approach to the demands of the sport. Rebecca says she is constantly learning.

“We don’t try to make mistakes but we are human and that’s what we do. We fail more times than we succeed in the beginning, but as gymnasts, we learn from our mistakes. We use our mistakes as a fuel for motivation to persist, improve and succeed.”

Michaela says, while gymnastics is considered an individual sport in many respects, there is a strong team element.

“Gymnastics isn’t an easy sport, but what makes it easier is that we are family in the gym and outside. We stick by each other’s side through the hard moments, and that’s what helps us come out on top.”

Selection in the team followed outstanding performances at the Australian National Championships in May. Michaela won bronze on the floor and Rebecca silver on the vault. Since then training has gone into overdrive.

Both girls will travel with their coach, Alexander ‘Sasha’ Kostenko, along with the Australian team to compete in the New Zealand Championships.

You must be so proud Jenny Gould! 👍👏👍

Douglas Kamenz - 12 minutes ago
Josh Whittle probably the one luke bought her when he fell in love 😂 View
Josh Whittle - 19 minutes ago
Luke Clarence was she wearing it? View
Cole Petrow - 22 minutes ago
Roberto Manna look maybe we can all work something out View
Property 33

Ol L - 55 minutes ago
This could be placed in the looney bin of ideas if it wasn’t going to result in higher rents. It’s amusing when people sa... View
Sport 3

Candace Driscoll - 15 hours ago
It is so disgusting. The nurse called it the 'process' when my grandmother was dying. It is torture and you wouldn't do it to... View
Cheryl Thuillier - 15 hours ago
Legalise euthanasia, for peole with terminal diseases. View
show more show less
*Results are based on activity within last 7 days

To Russia with love: How you can help young Tahyla Smith make Australia proud

Canberra locals hold their own in international MMA competition

@The_RiotACT @The_RiotACT
The @NatArboretum is set for a new growth phase. Find out what's next for Canberra's living institution https://t.co/ljKVTDWAmC (30 minutes ago)