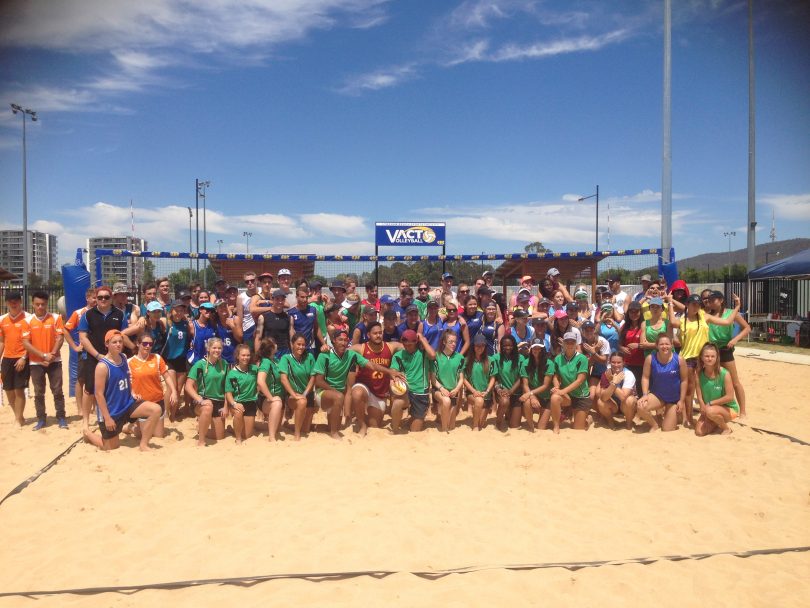 The ACT Open has been included in the Australian Beach Volleyball Tour circuit for the first time. Photo: Supplied by Volleyball ACT.

Canberra is set to host some of Australia’s best young beach volleyball players and its first ever international beach volleyball event, the Oceania Youth Olympic Games Qualifier, in the first weekend of March.

Volleyball ACT expects a good group of Oceania countries to make the trip to Canberra including Fiji, PNG, Kiribati and more to commit in the coming weeks.

The ground-breaking initiative is the result of a lot of hard work behind the scenes and Volleyball ACT chief executive Adam Castle is thrilled at the opportunity to host such a big event.

“We look forward to working with Volleyball Australia and our neighbours from Oceania to provide the athletes with a world-class facility to compete in as well as a great visitor experience to our nation’s capital,” said Mr Castle.

The qualification will take place on the first weekend in March at the Lyneham Beach Facility, a six-court facility opened in November 2015.

In other exciting news for volleyball in Canberra, for the first time, the ACT Open has been included on the Australian Beach Volleyball Tour (ABVT) circuit which will attract some of the sport’s elite to make the Open the biggest beach event ever hosted by Volleyball ACT. 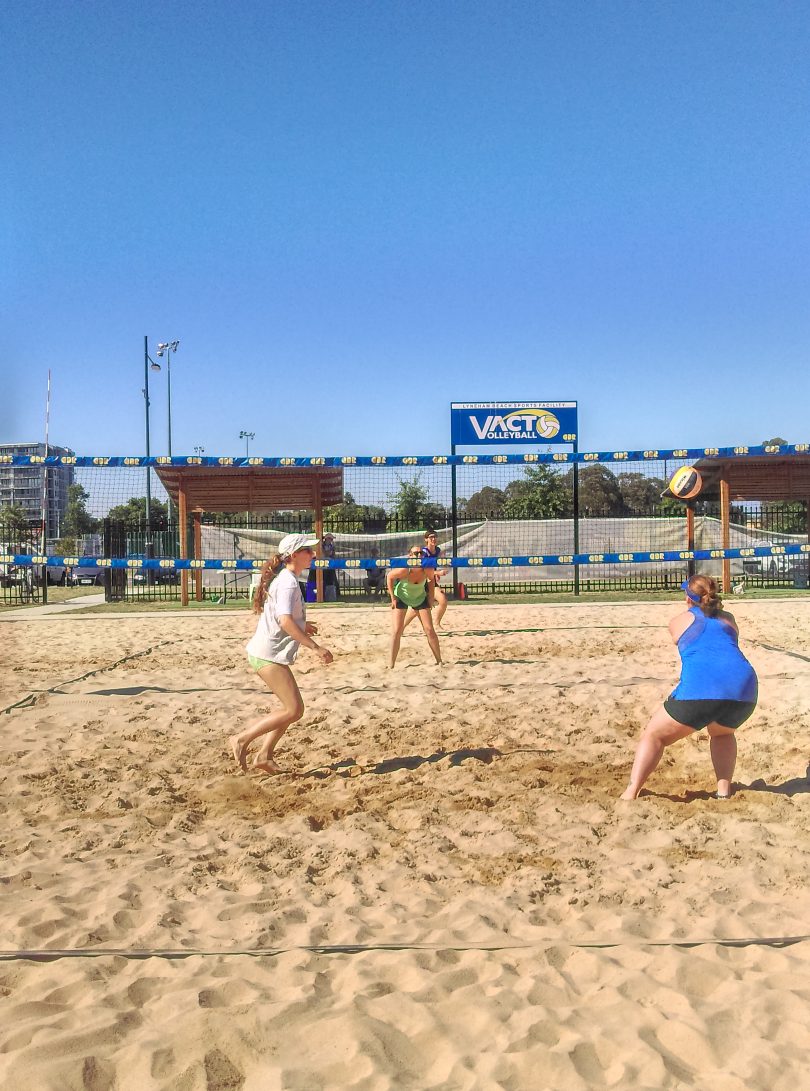 Entries to the ACT Open are currently open for all new and returning players. Photo: Supplied by Volleyball ACT

The ACT Open will provide Australian beach volleyballers with a chance to earn points and to improve their national ranking, which Mr Castle hopes will bring some of Australia’s best athletes together.

“The first week of March will mark the biggest annual week of usage for our facility with the ACT Open on the Australian Beach Volleyball Tour running concurrently with the Oceania Youth Olympic Games Qualifier.”

On the same weekend, the ACT College Beach Volleyball Tournament will run on Friday the 2nd of March as the national competitions are running, which will allow the local players to play beside the professionals.

“Local students and players will get the experience of playing in the venue while it is dressed for an international event while community and elite sport come together,” said Mr Castle.

Entries to the ACT Open are currently open for all new and returning players. To learn more about the Open and to register, click here.